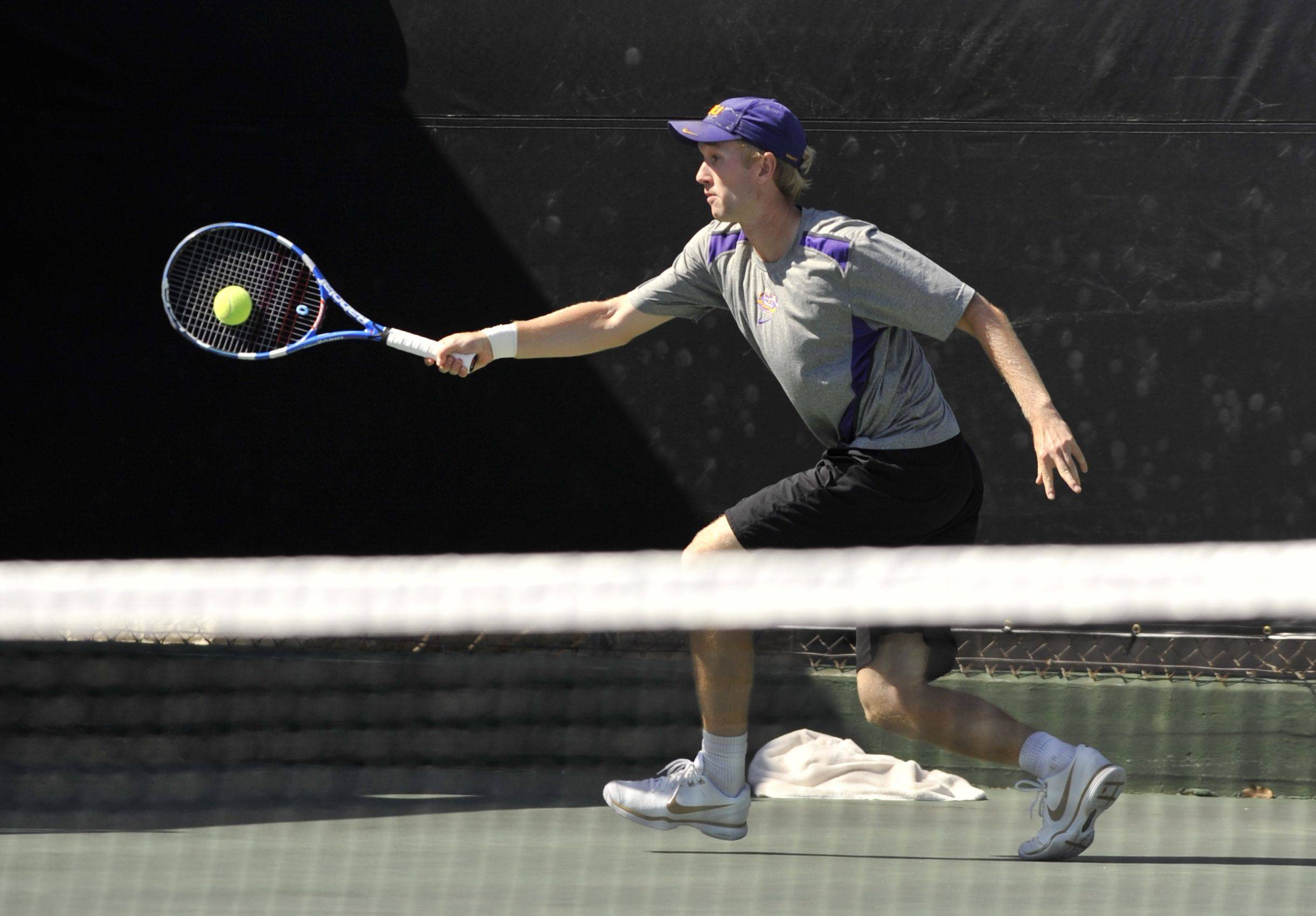 GAINESVILLE, Fla. – The LSU men’s tennis team’s run at the 2011 Southeastern Conference Championships ended on Friday as the 33rd-ranked Tigers dropped a tough 4-1 match to No. 5 Georgia in the second round of the tournament at Florida’s Ring Tennis Complex.

The Tigers fall to 11-13 on the year with the loss, while the second-seeded Bulldogs (20-4) will advance to face Kentucky in the next round of the tournament.

The Tigers came out firing in doubles and clinched the crucial early point for the third consecutive match. The LSU pair of senior Julien Gauthier and sophomore Olivier Borsos were first off the courts as they notched a 9-7 victory over Georgia’s Drake Bernstein and Wil Spencer. Each duo held serve throughout, but it was Borsos and Gauthier who got the first break at 7-7 to take an 8-7 lead, before holding serve to clinch the victory.

The 10th-ranked Tiger tandem of senior Sebastian Carlsson and junior Neal Skupski then notched their eighth ranked win of the season as they dispatched the fifth-ranked Bulldog pair of Javier Garrapiz and Hernus Pieters 8-4 on Court 1 to capture the doubles point for the Tigers. The LSU twosome improve to 18-5 on the year at the top doubles spot and have won six of their last seven matches. The Court 2 match between LSU’s Roger Anderson and Stefan Szacinski and Georgia’s Sadio Doumbia and Ignacio Taboada was halted with the Tigers up 8-7.

Georgia wouldn’t go down without a fight as they quickly reversed the momentum by winning the first set on all six courts in singles, before tying the match 1-1 as Taboada downed Gauthier 6-3, 6-3 on Court 6. On Court 3, Szacinski couldn’t get it going as he fell 6-4, 6-2 to the hands of Doumbia to give the Bulldogs a 2-1 lead.

Skupski and Bowtell both won the second sets on their respective courts to send their matches to third sets, but the Bulldogs ended the match with near-simultaneous wins on Courts 2 and 5 to seal the 4-1 victory. The matches on Courts 1 and 4 were ended before the start of the third sets.

“We played a very high-level doubles point, certainly the best doubles we’ve played so far this season,” LSU head coach Jeff Brown said. “That set us up for possibly an upset, but Georgia is a very mature team so they handled the pressure well. Preparing for the NCAA tournament will be easier understanding how close we are to a big breakthrough, and the guys are excited about our potential to go far in the NCAA tournament.”

It was the second match of the year between the two squads, as Georgia shut out the Tigers 7-0 on March 19 in Athens.

Next up for the Tigers is the NCAA tournament, which runs May 13-15 at various regional sites.