by Bill Franques
Tigers in the Major Leagues +0 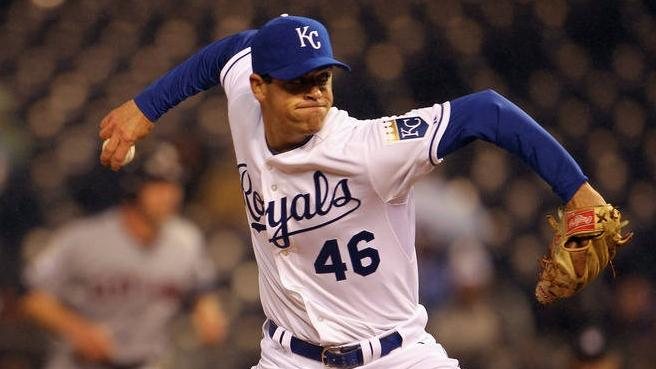 Former LSU pitcher Louis Coleman, the 2009 SEC Pitcher of the Year, was promoted Thursday to the major leagues by the Kansas City Royals. The righthander who threw the final pitch of the 2009 College World Series also made his Major League Baseball debut on Thursday, posting two scoreless innings of relief in a come-from-behind victory by the Royals, 3-2.

“I enjoyed one of the best moments in my professional career this morning when I learned that Louis Coleman received the call to the big leagues,” Mainieri said. “That young man means so much to me and to LSU. He’s an extremely talented player who lives his life in an exemplary way. He was an inspiration to all of us during his LSU career, and I know he will make a big impact with the Royals. All of us are so happy for Louis and his wonderful family.”

The following is a story on Coleman’s debut posted at MLB.com:

KANSAS CITY — Royals manager Ned Yost wasted no time getting rookie Louis Coleman his first exposure to the big leagues. Just hours after his arrival, Coleman was brought in to pitch against Cleveland, relieving Sean O’Sullivan after a leadoff single in the Indians’ seventh.

Tigers in the Major Leagues

That was Yost’s plan — get through at least six innings with O’Sullivan, then go to Coleman, Aaron Crow and, if necessary, Joakim Soria. As it turned out, Soria was not needed because Coleman notched two shutout innings and Crow worked a scoreless ninth to get credit for the 3-2 victory.

“Both those kids came in banging strikes,” Yost said. “That’s key. If you’re coming in late in key games, you’ve got to bang strikes.”

Coleman, right in character with his Minor League strikeout credentials (16 in seven innings), struck out the first batter he faced, Adam Everett. He retired three batters in the seventh. In the eighth, he gave up two hits but got help when center fielder Melky Cabrera threw out a runner at the plate.

The ecstatic Coleman was oblivious to the weather conditions — rain and temperatures around 50 degrees — in his Major League debut.

“You always think of a sunny day, the wind blowing in, just perfect conditions,” Coleman said. “But today it was raining, you had to make do. Still, it didn’t feel like it was raining or that it was cold. It was a blast and everything I thought it would be. Like everybody says, it was a dream come true.”

A walk-off victory made it even sweeter.

Yost was impressed by his latest rookie reliever.

“We got a real good view of him in Spring Training of how good he is, and he showed it again tonight in his Major League debut,” Yost said. “No butterflies, just came in on the attack.”