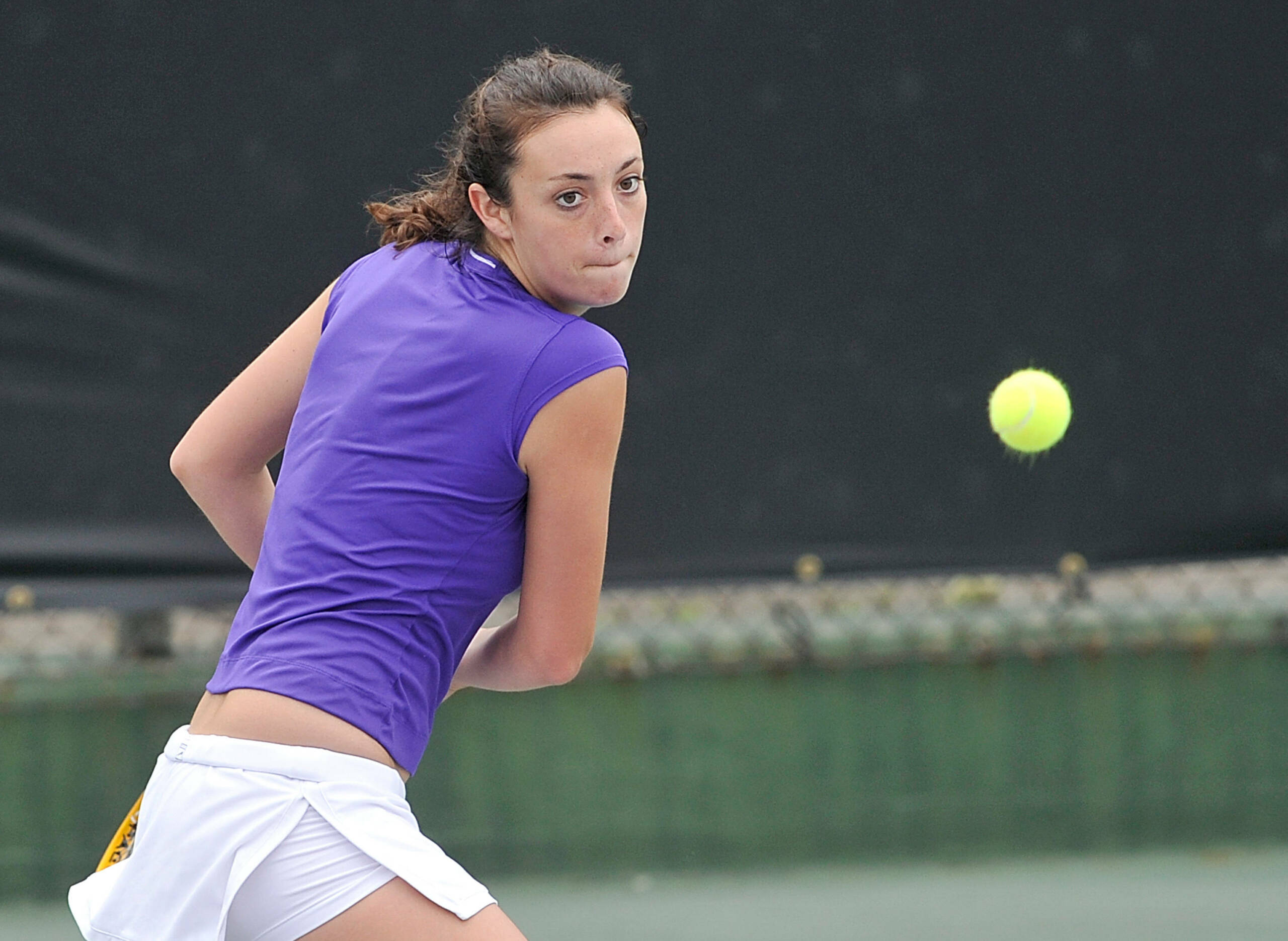 KNOXVILLE, Tenn. – The LSU Lady Tiger tennis team lost a heartbreaking match to Kentucky 4-3 on Thursday night in the first round of the 2011 SEC Women’s Tennis Tournament in Knoxville, Tenn.

LSU (11-13) ended its season by losing to the Wildcats for the first time in five matches. Kentucky (5-18) advanced to take on host and No. 2 seed Tennessee on Friday at 5 p.m. CDT.

“This was an extremely tough way to end our season,” said LSU women’s tennis coach Tony Minnis. “We came out with lots of energy in singles play, but unfortunately we were unable to close out a couple of matches which eventually cost us the match.”

The Wildcats turned the tables on the Lady Tigers in doubles action after LSU swept all three matches when the two teams met on April 10.

The Kentucky tandem of Marni Venter and Caitlin McGraw began the match by topping LSU’s Olivia Howlett and Ariel Morton 8-5 on Court 3.

Moments later the Lady Tiger twosome of Keri Frankenberger and Yvette Vlaar were surprised on Court 2 by Megan Broderick and CeCe Witten 8-5 to give the doubles point to Kentucky.

With the point already decided, Court 1’s match was halted with LSU’s Whitney Wolf and Kaitlin Burns down by a 6-4 score to Jessica Stiles and Khristina Blajkevitch of Kentucky.

The Lady Tigers quickly responded in singles play as LSU claimed the first three matches in straight sets. Vlaar got things started on Court 5 as she cruised to a 6-0 first-set victory against Witten. Despite the Wildcat freshman fighting hard to push the match to a third set, Vlaar proved too tough as she took the second set 6-4 to notch the 6-0, 6-4 victory.

LSU’s Morton kept things rolling for the Lady Tigers as she brought home a 6-3, 6-4 victory over Kentucky’s Testerman to put LSU up 3-1 in the overall match.

After Wolf claimed the first set 6-4 over the Wildcat senior Broderick, it appeared LSU was on its way to the match win. However, Broderick responded to win the second set 6-3 to force a crucial deciding set. Unfortunately for LSU, the Kentucky ace carried her momentum into the third set and eventually came away with a 4-6, 6-3, 6-3 match win.

Court 4 saw Frankenberger roll to a 6-0 win in her first set with Kentucky’s McGraw. Much like Broderick on Court 1, McGraw battled back to collect the second set 6-4. Frankenberger took an early lead in the final set before the Kentucky freshman eventually tied the set at 5-5. McGraw was then able to scrape out the final two games to take the match 0-6, 6-4, 7-5.

The LSU junior Howlett squared off with Stiles of Kentucky in what would prove to be the deciding match. After Stiles claimed the first set 6-3, Howlett responded by coming back to win the second set 6-1. The third set was tight from the start and eventually evened up at 5-5. With the overall match and the season on the line for both teams, Stiles came through for the Wildcats, winning the set 7-5 and the match 6-3, 1-6, 7-5.