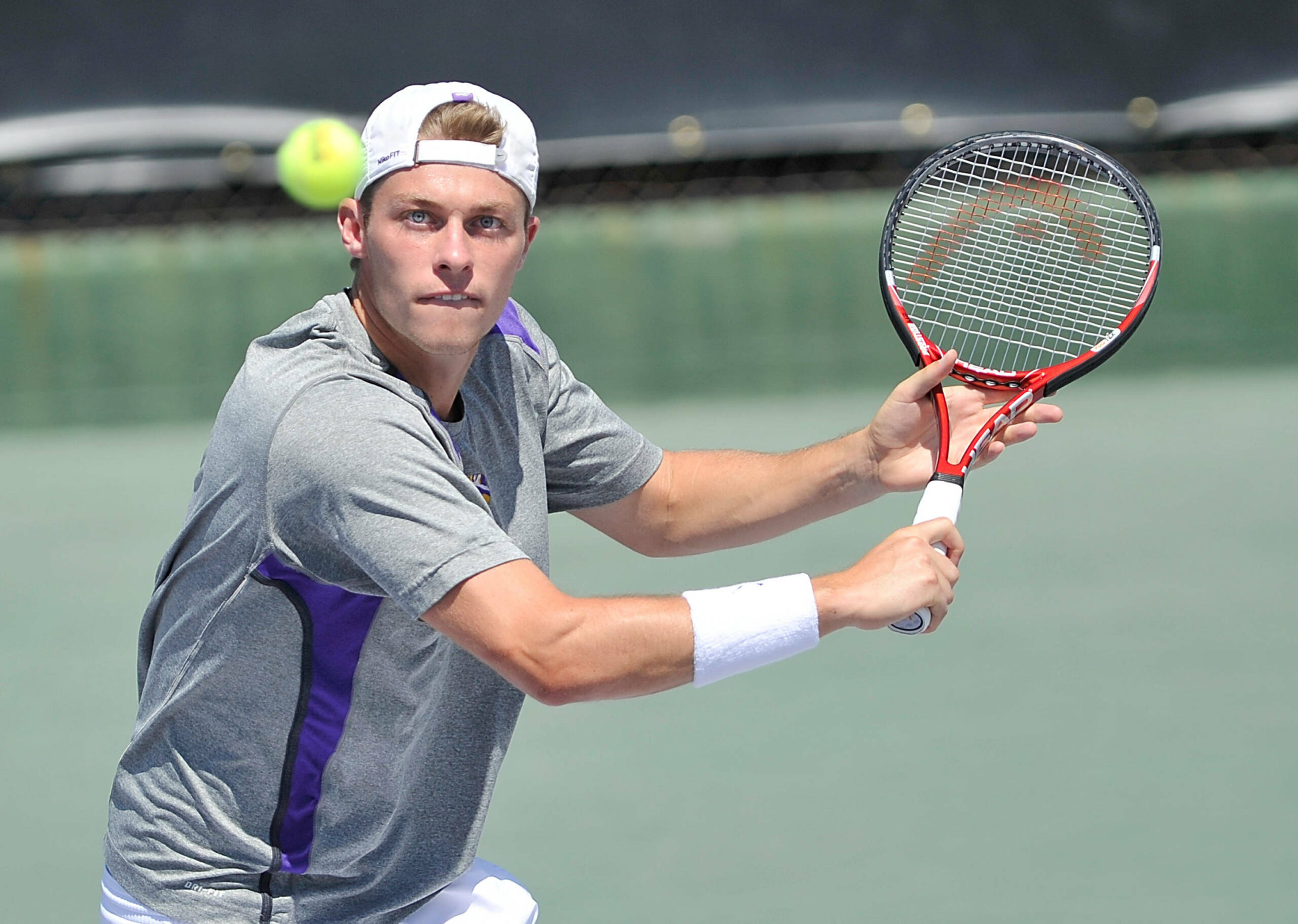 GAINESVILLE, Fla. – The 33rd-ranked LSU men’s tennis team shut out No. 51 Alabama 4-0 in the first round of the 2011 Southeastern Conference Championships on Thursday afternoon at the Ring Tennis Complex in Gainesville, Fla.

With the win, the seventh-seeded Tigers (11-12) advance to the second round to face the fifth-ranked Georgia Bulldogs, who are the tournament’s No. 2 overall seed, tomorrow at 11 a.m. CDT. As the No. 2 seed, the Bulldogs received a first round bye.

The Tigers took an early 1-0 in the match lead by capturing the crucial doubles point. The 10th-ranked Tiger pair of senior Sebastian Carlsson and junior Neal Skupski were first off the courts as they cruised to their 17th dual victory of the season with an 8-3 win over Alabama’s Daniil Proskura and Vikram Reddy. The duo have won four out of their last five matches and are now 8-3 in SEC play.

The Crimson Tide evened things up as the Tiger pair of sophomores Roger Anderson and Stefan Szacinski fell 8-4 to the hands of the Alabama’s Michael Thompson and Rickey Doverspike on Court 2. With the first two doubles matches split, the point rested on the Court 3 match between LSU’s Olivier Borsos and Julien Gauthier and Alabama’s Jarryd Botha and Trey Walston.

Botha and Walston jumped out to an early 4-1 lead, but the Tiger duo turned it around and reeled off five straight games to take a 6-4 lead in the match. Alabama tried to reverse the momentum by winning the next game to make the score 6-5, and then take a love-40 advantage in the next game. But Gauthier and Borsos wouldn’t let their lead slip away as they rallied to win the game and take a comfortable 7-5 lead before blanking the Crimson Tide duo the next game to clinch the match 8-5 and seal the doubles point for the Tigers.

LSU rolled its doubles momentum into singles play as the Tigers won five out of six first sets. Borsos put LSU up 2-0 as he made quick work of Botha 6-2, 6-3 on Court 2, and Carlsson increased the lead to 3-0 with a dominant second set to defeat Alabama’s Ian Chadwell 7-5, 6-0 on Court 5.

“We really fought hard in doubles to come back on Court 3 and win the point,” LSU head coach Jeff Brown said. “Then we did a great job in singles to win a lot of first sets and really put the pressure on them. This was a good win for the team, and we’re looking forward to a tough match tomorrow against Georgia.”

The win marked the fifth-straight year the Tigers have advanced to the second round of the SEC tournament. Last year, LSU knocked off then-31st-ranked Alabama in the first round before falling to then-second-ranked Tennessee in the next round. Historically, the Tigers have won the tournament twice since its inception in 1990, with LSU bringing home the trophy in back-to-back years in 1998 and 1999.

Live stats for Friday’s match against the Bulldogs will be provided by Florida on its official athletics website www.GatorZone.com.