Baseball Rallies Past No. 19 Southern Miss, 8-6 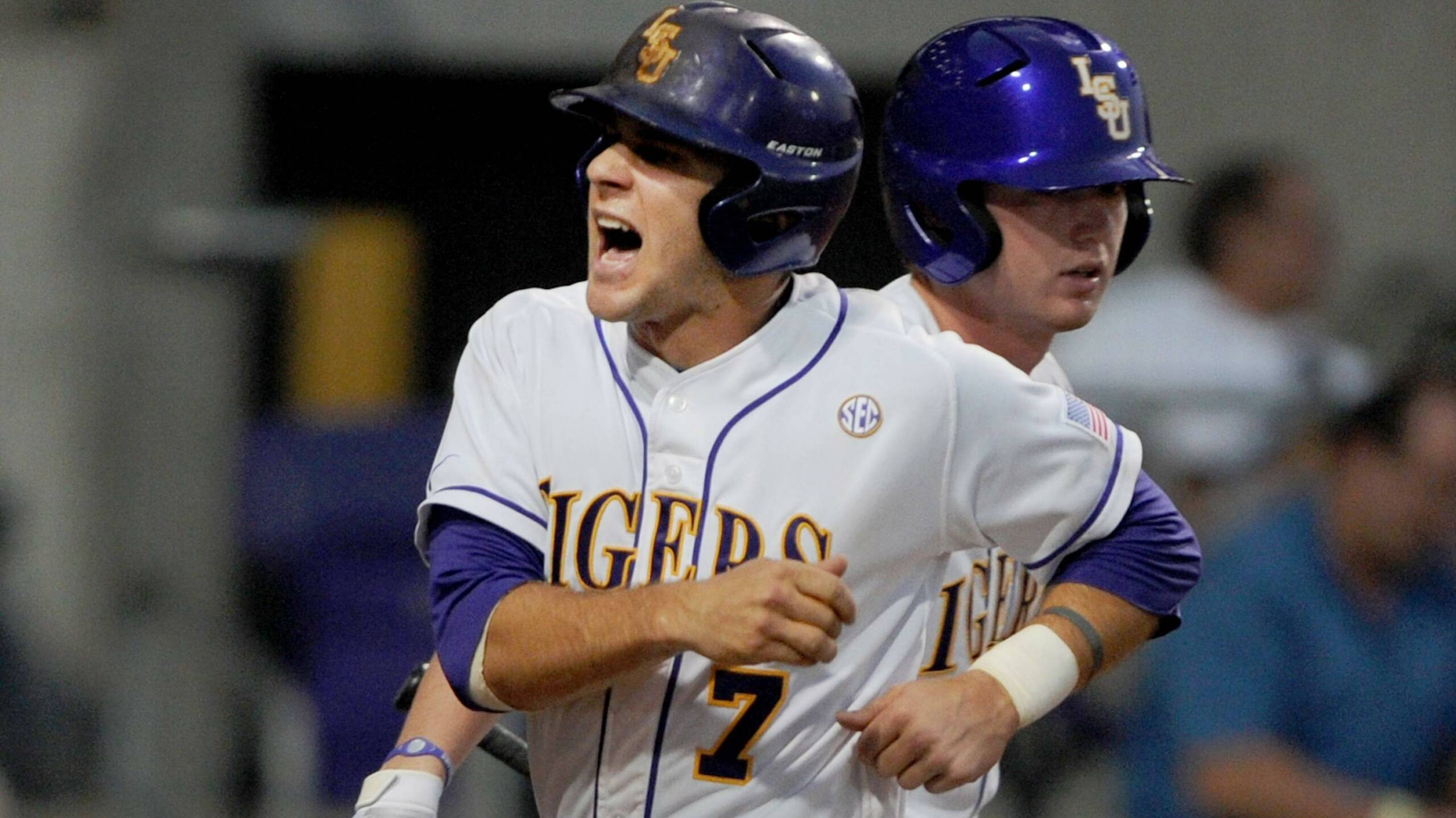 LSU, which improved to 24-14, travels to Nashville Thursday for a three-game SEC series versus Vanderbilt that begins at 6 p.m. CT Friday.

Southern Miss, which fell to 27-9, plays host to Marshall this weekend in a Conference USA series in Hattiesburg, Miss.

The Tigers struck for three runs in the eighth with the aid of two Southern Miss errors. First baseman Grant Dozar led off the inning with a walk against USM closer Collin Cargill. Leftfielder Spencer Ware reached on a infield single, and Dozar advanced to third on a errant throw by second baseman Isaac Rodriguez.

Catcher Ty Ross hit a chopper in front of home plate, and in an attempt to throw out Ross at first base, catcher Jared Bales fired the ball into right field, allowing both Dozar and Ware to score and Ross to sprint to third base.

After Cargill struck out second baseman JaCoby Jones, designated hitter Trey Watkins lifted a sacrifice fly to right to score Ross from third and extend the LSU lead to 8-6.

LSU closer Matty Ott, who had entered the game in the eighth inning, retired the side in order to pick up the win. Ott (1-2) fired two shutout innings, allowing two hits with no walks and three strikeouts.

Cargill (4-3) was charged with the loss, as he surrendered three unearned runs on one hit in one inning with one walk and one strikeout.

“This was a tough, hard-earned win, and I’m very proud of our kids for coming back against a very good Southern Miss club,” said LSU coach Paul Mainieri. “We showed a lot of resolve after falling behind in the eighth; our players kept their intensity up and we were able to rally and win the game. I thought we swung the bats pretty well with 12 hits, and we were able to use seven pitchers tonight in preparing for this weekend.”

Dozar fueled LSU’s offensive attack by going 3-for-3 with a solo homer, three RBI and three runs. Ross also had a solo blast and collected two RBI, and Watkins was 2-for-4 with one RBI and one run.

Southern Miss collected 15 hits, but the Eagles’ only extra-base hit was a double by leftfielder Kameron Brunty to lead off the game. USM shortstop Ashley Graeter was 4-for-5 on the night with one RBI and one run.

Designated hitter B.A. Vollmuth’s RBI single off of LSU starter Ryan Eades in the first inning gave USM a 1-0 lead, but LSU responded with two runs in the bottom of the inning. Rightfielder Raph Rhymes drew a bases-loaded walk from USM starter Boomer Scarborough and Dozar delivered a run-scoring single to give the Tigers a 2-1 advantage.

Ross’ homer – the first of his collegiate career – in the second extended the lead to 3-1, and Dozar added another RBI single in the third. USM came back with single runs in the fourth and sixth to narrow the gap to 4-3, before Dozar launched a dinger to lead off the bottom of the sixth.

LSU maintained its 5-3 lead heading into the eighth, but USM struck for three runs against reliever Joe Broussard before the Tigers staged their rally.