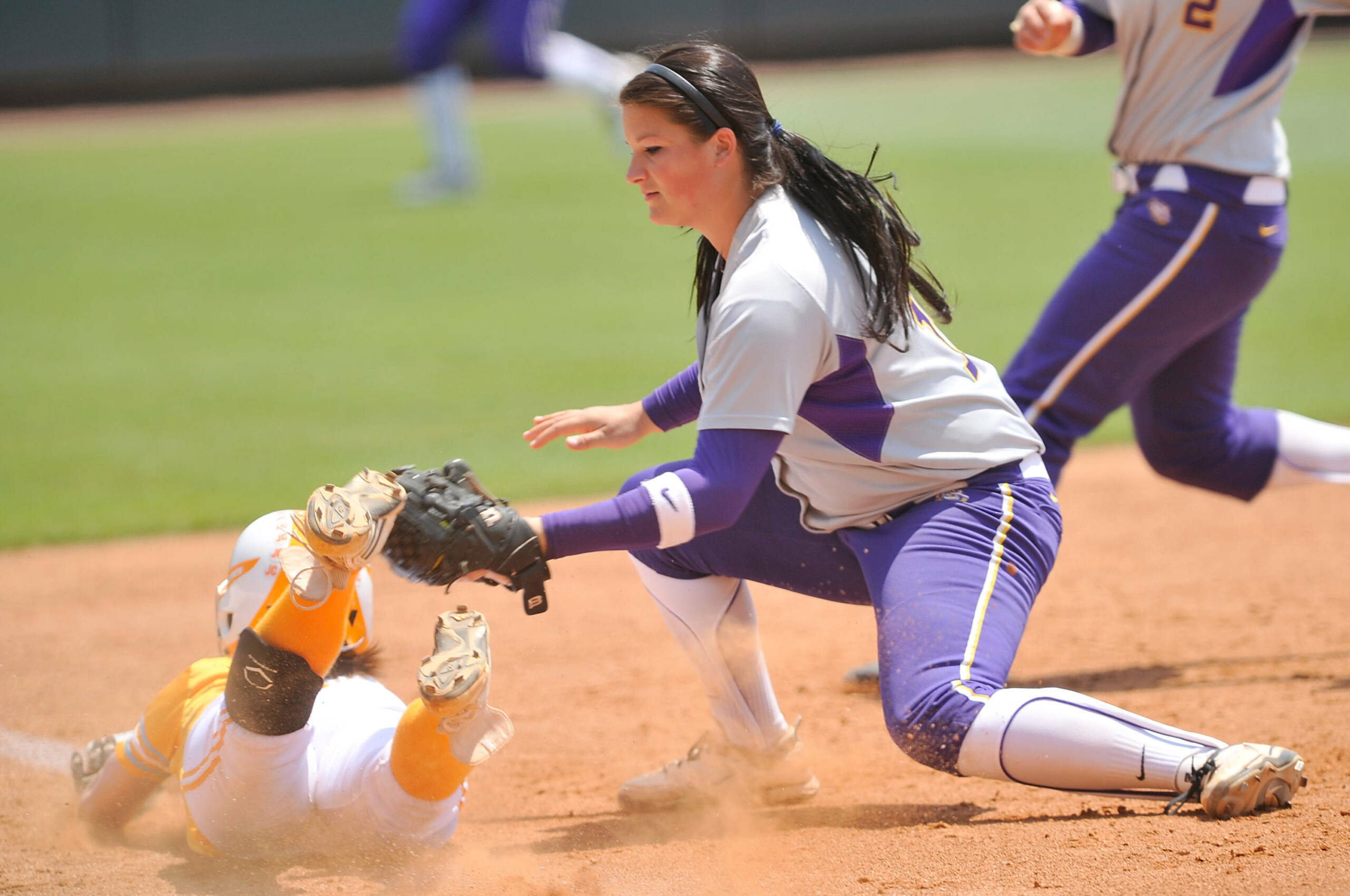 AUBURN, Ala. – After having its season-long 11-game winning streak come to a close last weekend, the No. 23 LSU softball team looks to return to its winning ways Wednesday at No. 25 Auburn. First pitch for the midweek double dip is set for 4 p.m. on the Plains.

Offensively, Auburn (32-12, 11-9 SEC) is paced by Morgan Estell and Amber Harrison. The duo has knocked six home runs and 15 doubles apiece to combine for 54 RBIs.

“We’re hoping to get back on track. The bottom line is we need to get back to basics and just play Tiger softball to be successful,” head coach Yvette Girouard said. “We’ll have to swing at much better pitches on the offensive side and limit our mistakes in the circle. Auburn is a much better team and has three solid pitching options that give you different looks.”

Tiffany Shaw has slapped a team-high 32 hits en route to a team-best .296 batting average and eight multi-hit performances. She has hit safely in six of her last eight outings and moved up to the leadoff spot during the final two games of the Tennessee series.

For the season, Juliana Santos has posted 23 of her 28 hits and drove home 16 of her 18 RBIs from the No. 2 position in the batting order. She is 12-for-29 at the plate with six RBIs during April and her batting average has climbed 58 points during the run.

Ashley Langoni, Tammy Wray and Anissa Young have combined for 80 of LSU’s 150 RBIs on the season. Young leads the way with eight home runs and 30 RBIs to her credit, while Wray and Langoni have chipped in 26 and 24 RBIs, respectively.

LSU’s catchers Lauren Houston and Morgan Russell have combined to throw out 10 runners to go along with three pickoffs. The Tigers are third in the SEC with a .971 fielding percentage.

Rachele Fico and Brittney Mack have posted 10 wins each in the circle. Fico’s 129 strikeouts pace the staff and rank sixth in the SEC. She is looking to rebound from being touched up for a career-high seven runs against No. 6 Tennessee last weekend.

Mack has rolled her way to 10 or more Ks in three of her last five starts to vault herself into ninth place in the SEC rankings. Her 121 strikeouts are a single season mark as the Round Rock, Texas, product recently became the seventh pitcher in program history to eclipse 300 career Ks.

Live audio and live stats for Wednesday’s doubleheader are available in the Geaux Zone on LSUsports.net in addition to being carried live on ESPN 104.5 FM with Patrick Wright and Matt Dunaway calling the action.