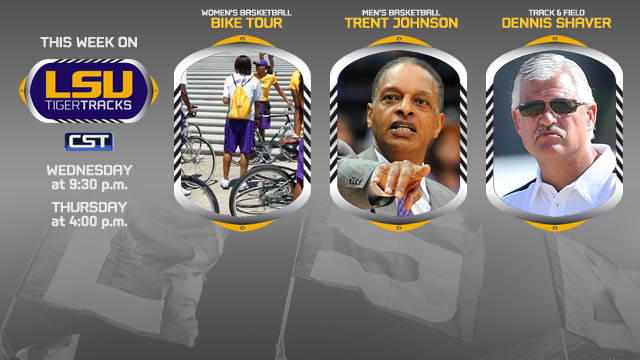 BATON ROUGE – This week’s installment of LSU Tiger Tracks, a program highlighting various aspects of the university and its athletic department, can be seen at 9:30 p.m. Wednesday and 4 p.m. Thursday on Cox Sports Television.

LSU Tiger Tracks opens this week with a conversation between correspondent Garrett Walvoord and men’s basketball coach Trent Johnson, who looks ahead to the 2011-12 season.

The show concludes with a visit from Kelly Landry of the Tiger Athletic Foundation, who discusses the 2011 LSU Tiger Tour that begins next week in Shreveport.