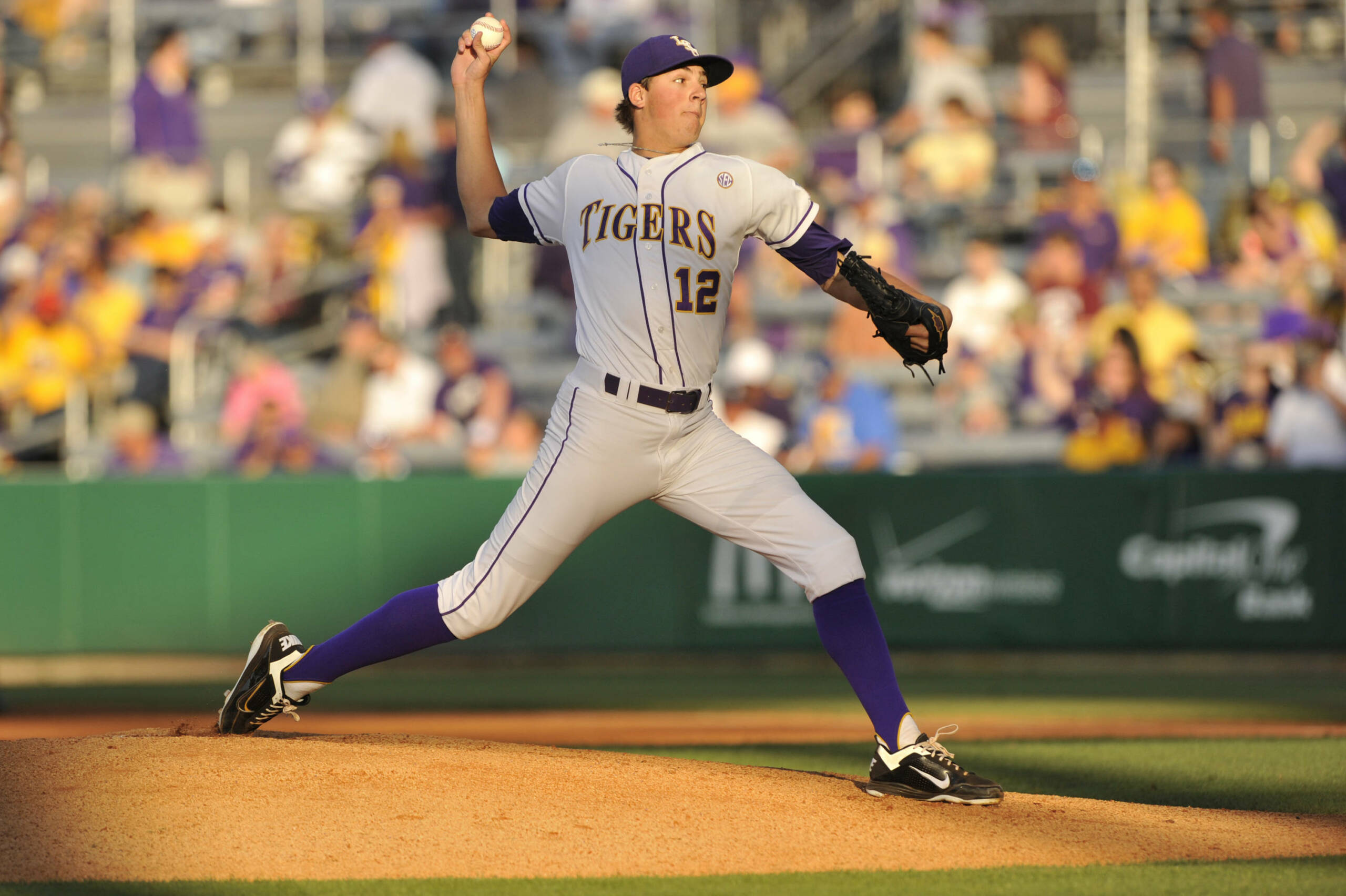 BATON ROUGE — Auburn shortstop Casey McElroy launched a two-run homer in the top of the ninth inning to break a tie game and lift the Tigers past No. 21 LSU, 3-1, Saturday night in Alex Box Stadium.

Auburn closer Ethan Wallen (3-3) was credited with the victory as he pitched 2.1 scoreless innings to close out the game and help his squad improve to 20-14 and 7-7 in Southeastern Conference play.

Despite a phenomenal effort, LSU freshman starter Kevin Gausman (2-4) was charged with the tough-luck loss for the Tigers (22-14, 3-11 SEC). Prior to surrendering the two-run dinger in the ninth, the right-hander had fired a career-high 8.1 innings, allowing only four hits and two walks and striking out eight.

Game 3 begins Sunday at 1 p.m. CDT. Live video, audio and stats of the contest may be accessed in the Geaux Zone at www.LSUsports.net. It can also be heard on the affiliates of the LSU Sports Radio Network.

LSU right-hander Ben Alsup (4-3) is slated to start on the mound, while Auburn is expected to counter with Jon Luke Jacobs (1-2).

McElroy’s homer was his only hit of the game, but the junior also scored twice and walked in four plate appearances. Auburn catcher Tony Caldwell also contributed with a hit and RBI.

LSU right fielder Mason Katz spearheaded the Tigers at the plate, batting 2-for-3 with an RBI. Designated hitter Raph Rhymes also collected a pair of hits out of the lead-off spot, while second baseman Tyler Hanover and shortstop Austin Nola each delivered a double.

“Kevin was phenomenal on the mound tonight,” said LSU coach Paul Mainieri. “I’m so proud of him because he pitched his heart out against an excellent offensive club. We just couldn’t produce the runs we needed to support him. Our players are giving everything they have, they’re just coming up a little short right now. We’ve got another opportunity tomorrow, and our focus will be on getting a win.”

LSU put the first run on the board in the second to take a 1-0 advantage. Nola led off the frame with a double and came home on an RBI single from Katz.

Meanwhile, Gausman kept the Auburn bats in check, pitching a shutout through the first six innings and fanning six. However, the Plainsmen tied it up at 1-1 in the seventh when Caldwell notched an RBI single off Gausman to plate McElroy.

McElroy broke the 1-1 tie and put Auburn ahead, 3-1, in the top of the ninth when he deposited a 3-2 offering from Gausman into the right field bleachers for a two-run homer.

LSU attempted to rally with two outs in the bottom of the ninth as pinch-hitter Trey Watkins walked to keep the game alive and bring the tying run to the plate. In the following at-bat, fellow pinch-hitter Grant Dozar excited the crowd with a deep fly to right center, but Auburn right fielder Justin Fradejas made the catch on the warning track to end the game.