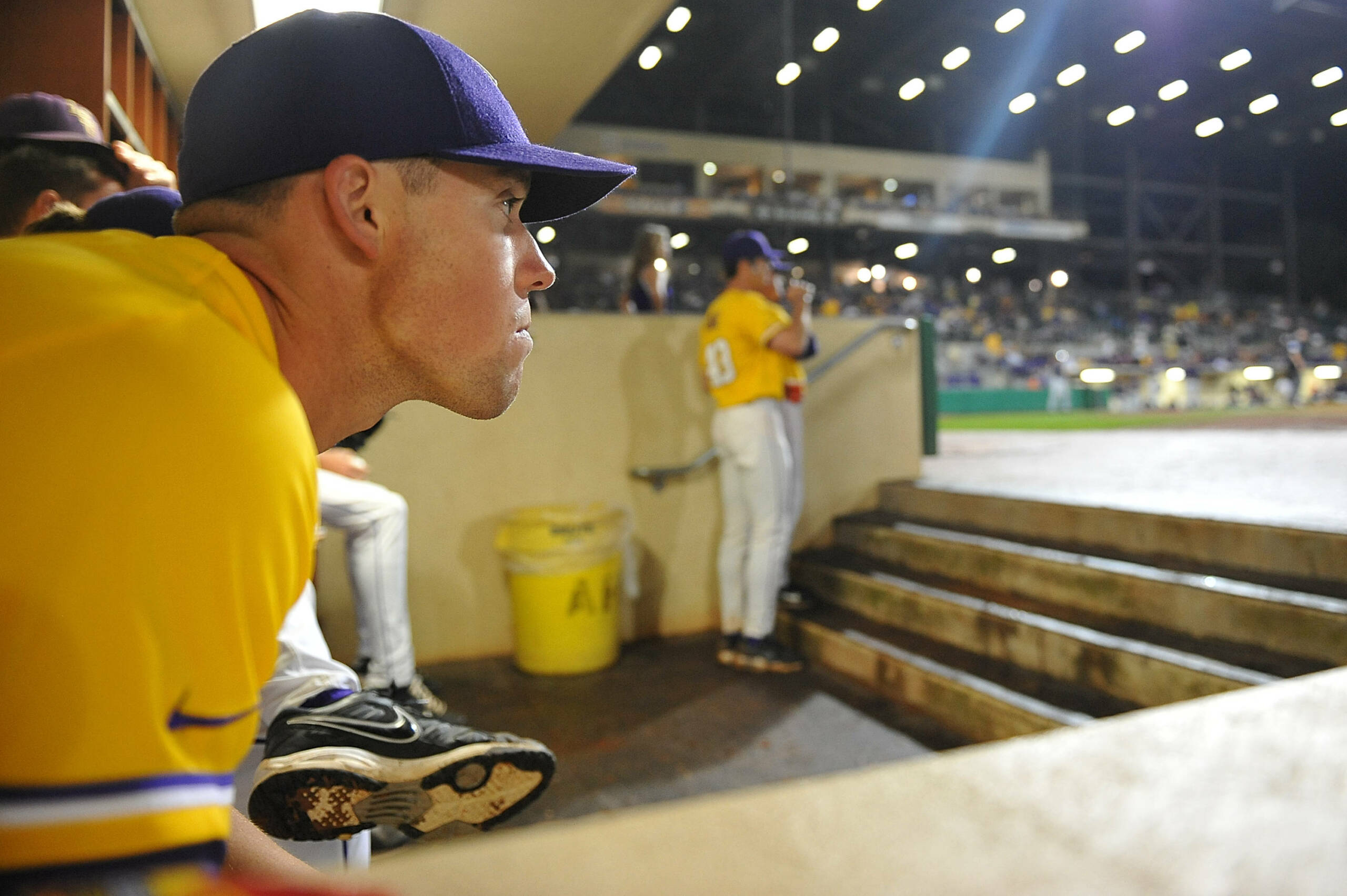 Game 2 begins Saturday at 6:30 p.m. CDT. Live video, audio and stats of the game may be accessed in the Geaux Zone at www.LSUsports.net.  The contest can also be heard on the affiliates of the LSU Sports Radio Network.

Auburn catcher Tony Caldwell and outfielder Cullen Wacker each delivered a hit and two RBI to lead the Plainsmen at the plate.

LSU second baseman JaCoby Jones batted 2-for-3 with an RBI, and first baseman Kirk Cunningham had a pair of hits and scored to runs to spearhead the Tigers offensively. Center fielder Mikie Mahtook also contributed a hit and two RBI.

“It’s a very tough loss, one in which we didn’t execute like we should have at certain times,” said LSU coach Paul Mainieri. “We had some opportunities early that we didn’t capitalize on, and that hurt us later in the game. All we can do is get ready for tomorrow, and it’s our job as coaches to have our team prepared to play. Our kids are playing as hard as they possibly can; we’re just coming up a little short right now.”

LSU capitalized on a pair of Auburn errors to plate a run in the bottom of the second and go up, 1-0. Cunningham led off the inning with a single to right and took second following a bobble from Auburn right fielder Justin Fradejas. Cunningham later scored when Caldwell made an errant throw following a wild pitch.

Auburn tied it in the top of the third when Fredejas hit a sacrifice fly to center field to score second baseman Justin Hargett.

The host Tigers regained the lead, 3-1, in the fourth. Jones notched an RBI single to right, and left fielder Spencer Ware drove in a run on a sacrifice fly.

However, the Plainsmen stormed back with six runs in the sixth to go ahead, 7-3. Caldwell fueled the big inning with a two-run double, and Wacker, pinch-hitting for center fielder Creede Simpson, contributed two RBI on a two-run single.

LSU got two runs back in the bottom of the seventh to cut the deficit to 7-5 when Mahtook and shortstop Austin Nola drew back-to-back walks with the bases loaded.

Auburn pushed another run across in the top of the ninth to take an 8-5 advantage, but LSU made a late push in the ninth.

Pinch-hitter Trey Watkins was hit by a pitch to lead off the frame, and designated hitter Raph Rhymes reached on an error by Hargett to put two runners on. Watkins then scored on a wild pitch, and Mahtook brought home Rhymes two batters later on a single smoked into center field.

However, Auburn reliever Ethan Wallen got Nola to strike out and Cunningham to fly out to preserve the victory and record his fifth save of the season.