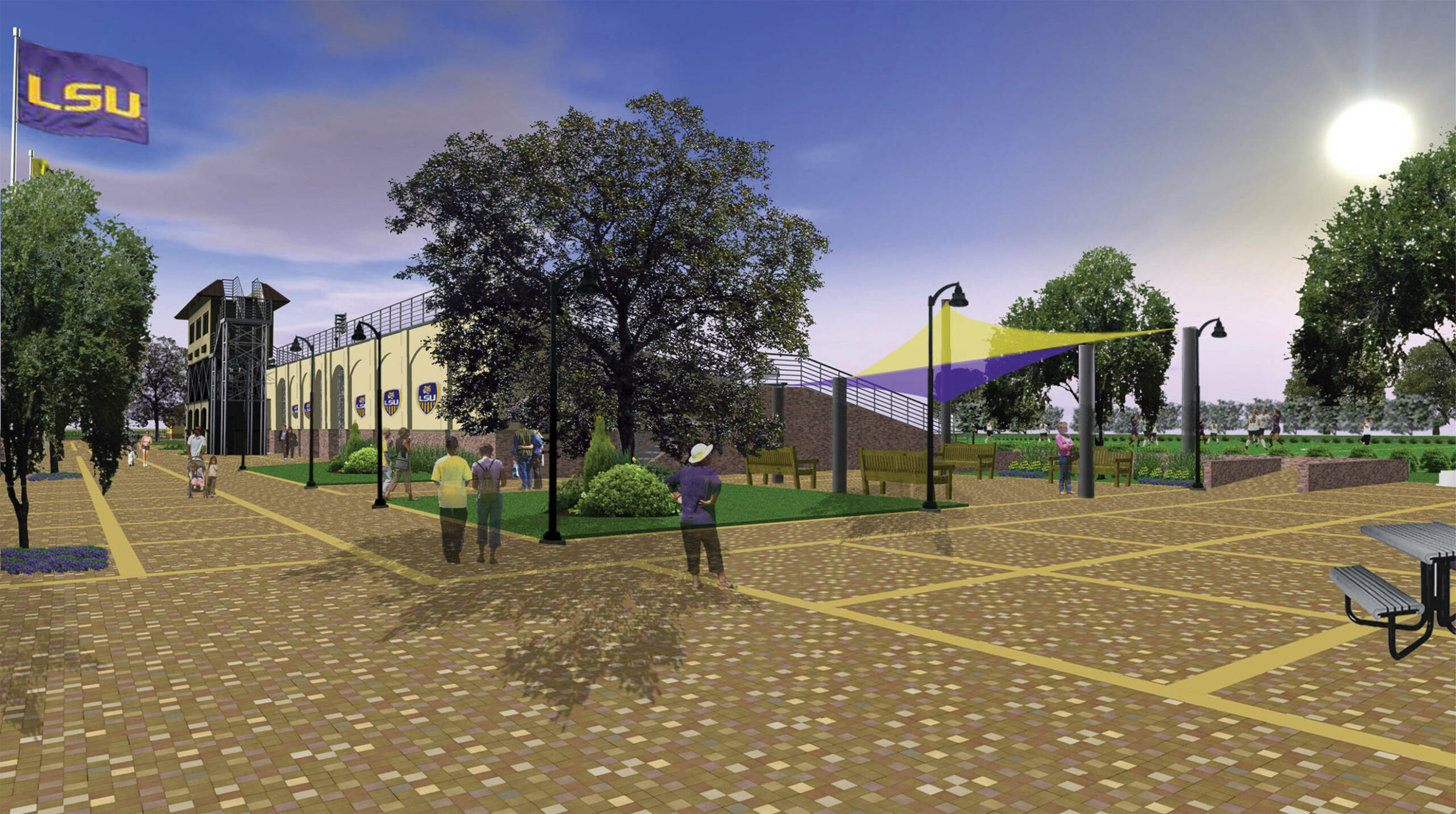 BATON ROUGE – As the LSU soccer team wraps up its spring campaign in preparation for what is certain to be an exciting 2011 fall season, the program will offer the fans a gameday experience like never before as the LSU Soccer Complex is undergoing extensive renovations this offseason.

After breaking ground on the project in early March, plans are in place to transform the facility in creating additional seating, installing new lighting and building a new concession stand, press box and restrooms.

“We’re obviously very excited about what this stadium renovation project will do in the evolution of LSU Soccer in the coming years,” said LSU head coach Brian Lee. “Our fans are really going to enjoy how the project transforms the LSU Soccer Complex into a venue that is not only more fan-friendly, but one that’s going to create an even more intimidating venue for our opponents.

“We have very passionate fans at LSU. They will be able to experience a match like never before with the plans that are in place and the renovations that are now underway.”

By adding a second level of bleacher seating to the existing structure, the official capacity of the new-look LSU Soccer Complex will increase to 2,197, easily accommodating a fanbase that has created one of the more intimidating home-field advantages in the Southeastern Conference.

In addition, new entry gates will be built on the west side of the LSU Soccer Complex featuring new brick columns throughout. New gating will also be installed across the top of the bleachers.

Fans attending future matches at the LSU Soccer Complex will benefit from the addition of the permanent concession stand located directly below the press box. The facility will also feature two new restrooms for a total of four as men’s and women’s facilities will be located at both ends of the stadium.

Members of the media will also enjoy the renovations planned for the LSU Soccer Complex when a brand new press box is installed to make covering future matches a state-of-the-art experience. Not only will the press box double in size to 333 square feet, but hard-wired internet will be installed across the work space to go along with a wireless internet signal that is already accessible at the facility.

In addition, television cameras and team videographers will have access to a crow’s nest set to be built on the roof of the press box that will also feature hard-wired internet access.

Media and fans alike are certain to benefit from the new lighting scheduled to be installed around the field as it will not only provide spectators easier viewing in night matches, but the new structures will allow for such games to be televised to Tiger fans across the country when scheduled.