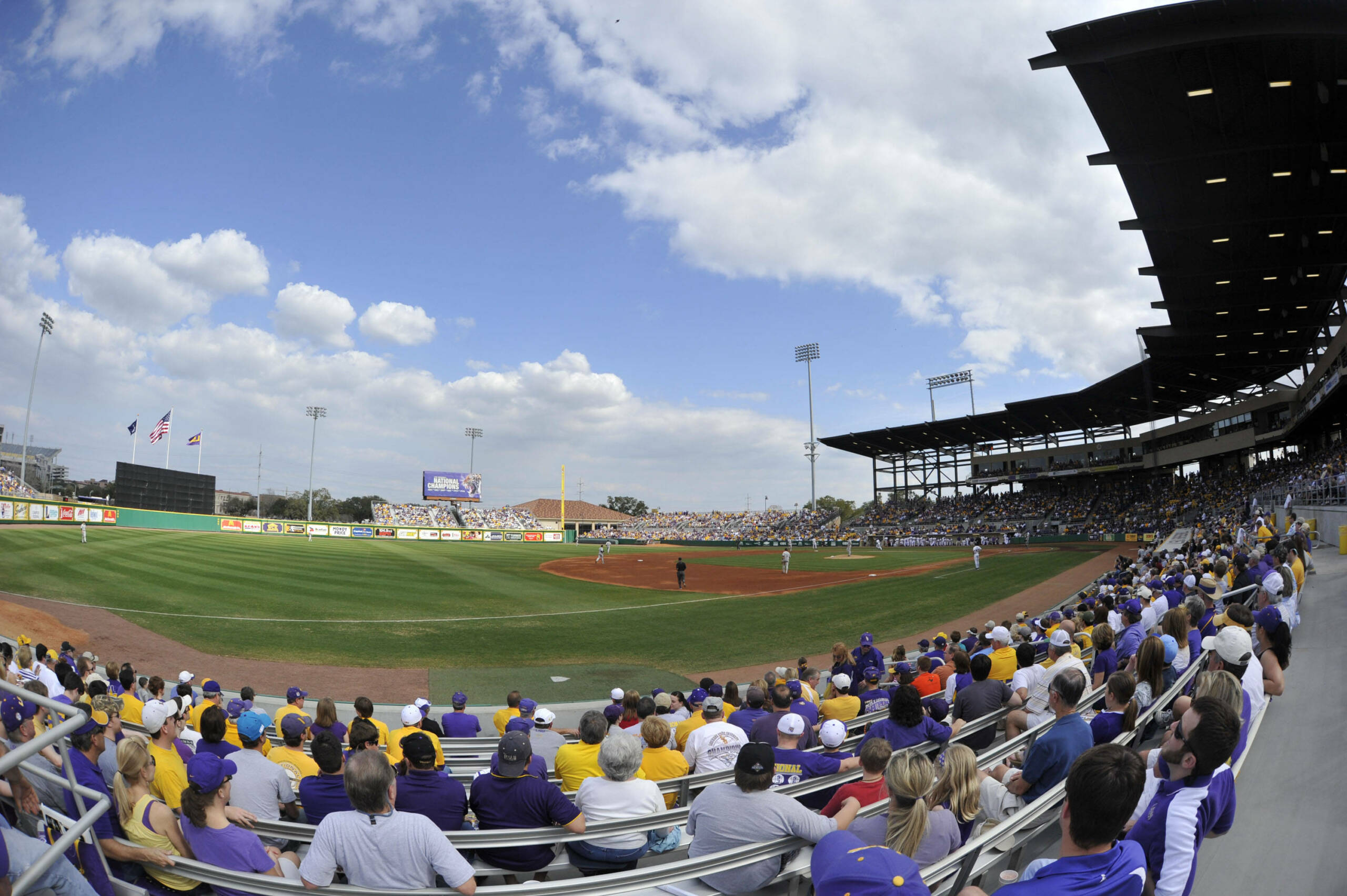 BATON ROUGE – On Sunday, the Amyotrophic Lateral Sclerosis (ALS) Association Louisiana-Mississippi Chapter and the LSU Baseball Team will team up for the fifth year this spring to promote awareness and help support local patient services with LOU GEHRIG DAY AT THE BOX. The event will be held in conjunction with the LSU vs. Auburn home game, beginning at 1:00pm, located at the LSU Alex Box Stadium, and sponsored by The Advocate.

Players and coaches on both teams will wear “Fighting Lou Gehrig’s Disease” wristbands showing their support of The ALS Association’s mission. Additional quick facts on ALS will be announced and displayed on the scoreboard throughout the game. Several PALS (Persons with ALS) and their families will be in attendance Sunday afternoon.

Amyotrophic lateral sclerosis (ALS) is commonly known as Lou Gehrig’s Disease, named for the baseball great that died of the disease.  ALS is a progressive neurodegenerative disease and can strike anyone.  Every day 15 people in the U.S. are diagnosed with ALS.  Every 90 minutes an ALS patient dies.

“The ALS Association Louisiana-Mississippi Chapter is honored to have the LSU Baseball Team join us in our efforts,” Kelly Hutson Viator, executive director of the Louisiana-Mississippi Chapter, said.  “Our organizations play a major role in increasing public awareness about Lou Gehrig’s disease in the effort to provide more funding for patient services and research.”

About The ALS Association Louisiana Chapter

The ALS Association Louisiana-Mississippi Chapter was founded in April, 2005 to serve the needs of those living with Amyotrophic Lateral Sclerosis and their caregivers. The Chapter began providing a monthly support group meeting in Jackson, Mississippi in May of 2008 to support the patients and families in the state, and officially expanded its territory to include the state of Mississippi in late 2009.  The ALS Association is the only national not-for-profit health organization dedicated solely to the fight against ALS. The organization covers all the bases – research, patient and community services, public education, and advocacy – in providing help and hope to those facing the disease. The ALS Association (National Office and the Louisiana-Mississippi Chapter) operates under a shared mission: to lead the fight to cure and treat ALS through global, cutting-edge research, and to empower people with Lou Gehrig’s disease and their families to live fuller lives by providing them with compassionate care and support.

ALS, more commonly known as Lou Gehrig’s disease, is a neuromuscular disease that paralyzes the body while leaving the mind unaffected. The nerve cells in the brain and spinal cord die, causing progressive muscle weakness and atrophy in the arms, legs, throat and ultimately the lungs.  There is no known cause or cure for ALS.  Approximately 5-10% of the cases are genetically acquired with the remaining 90-95% cases are sporadic and have no known cause.  People often die from the disease two to five years after the onset of symptoms, but can live as long as 20 years, sometimes on life support.  ALS affects adults of all ages. Currently more than 30,000 Americans suffer from the disease and 5,600 new cases are diagnosed each year.

In the area that The ALS Association Louisiana-Mississippi Chapter encompasses, there are an estimated 300 individuals in the state of Louisiana and 199 individuals in the state of Mississippi, living with the disease at any given time.  Approximately 129 Louisiana residents and 49 Mississippi residents are receiving services from The ALS Association Louisiana-Mississippi Chapter.  Every 90 minutes someone is diagnosed with Lou Gehrig’s Disease, and every 90 minutes someone passes away from Lou Gehrig’s Disease.