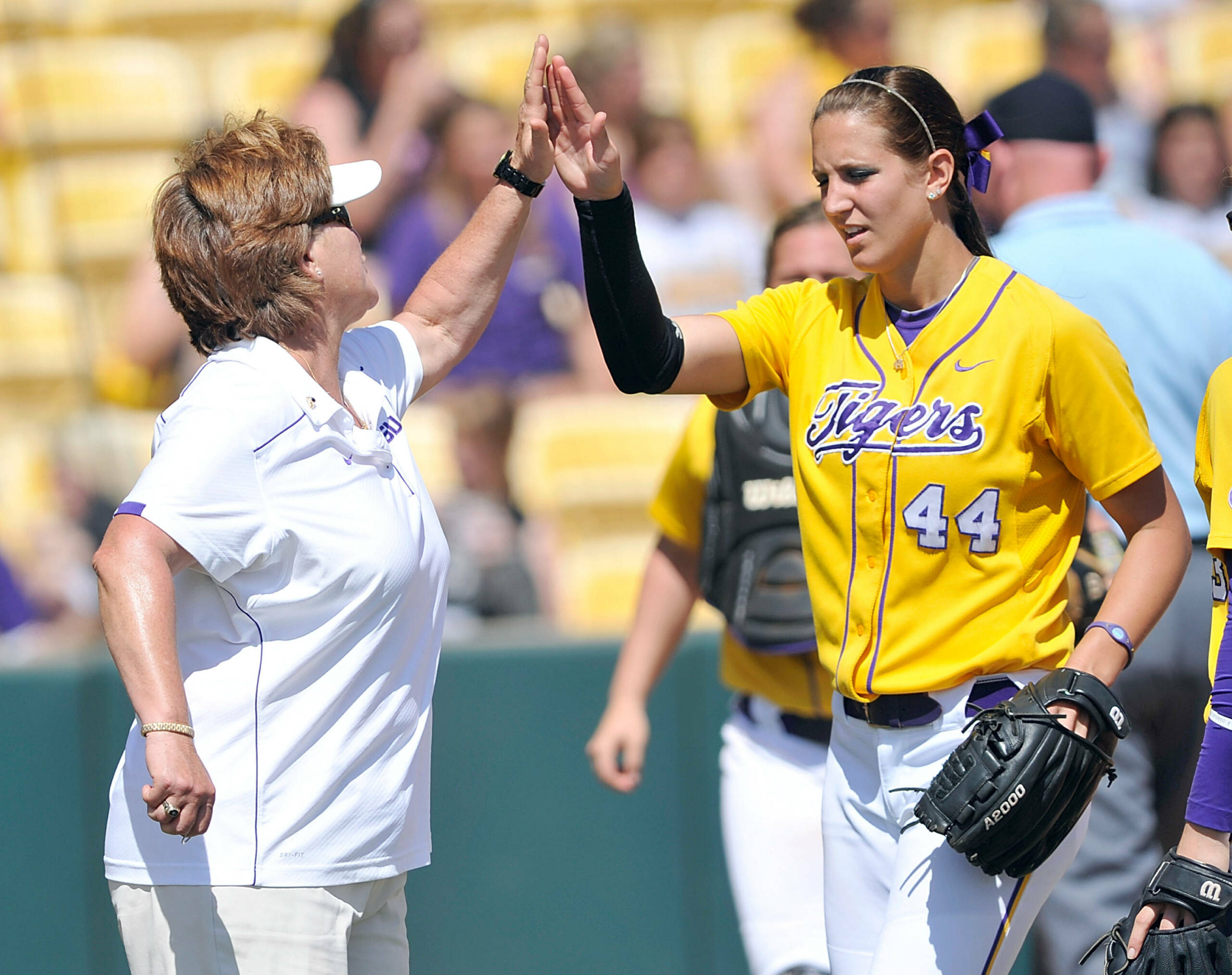 BATON ROUGE – The No. 21 LSU softball team gears up for another challenging weekend series as SEC co-leader and No. 6 Tenneseee visits Tiger Park. Friday’s series opener is set for 6 p.m. followed by game two Saturday at 11 a.m. televised by ESPN2 and Sunday’s series finale is scheduled for 12 p.m.

Tennessee’s offense is fueled by Raven Chavanne, Kat Dotson, Lauren Gibson and Kelly Greive. Each member of the quartet has posted over 50 hits on the season. Dotson has notched a team-best .439 batting average to go along with 10 home runs and 58 RBIs. She also has garnered 21 stolen bases.

Ellen and Ivy Renfroe have been impressive for the Lady Vols in the circle. Ellen has won 19 of her 21 decisions with a stout 1.25 ERA and mowed down 188 batters in 134 innings of work, while Ivy was tallied a 12-3 mark of her own.

“Tennessee is a huge challenge for our team,” head coach Yvette Girouard said. “They’re a team that can give you fits with their short game, but are a well-rounded offense that can hit the long ball as well. Both Renfroe’s are solid in the circle, and we’ll have to continue to grind out at-bats to be successful.”

Last time out, the Tigers picked up a 4-2 nine-inning triumph Wednesday at McNeese State behind a two-out, two-run single by Anissa Young. It marked the third time in the last four games that Young has provided extra inning heroics for LSU.

Young, the reigning SEC and USA Softball Player of the Week, enters the series with a .286 batting average to go along with eight home runs and 30 RBIs. She has hit safely in nine of her last 10 games.

Simone Heyward and Cassie Trosclair tallied two hits apiece against the Cowgirls. For the season, the pair has racked up seven multi-hit games to share the team lead.

Heyward also scored two runs, and LSU has won on 16 of 18 occasions when she crosses the plate this season. The Sacramento, Calif., native checks in with a team-best 18 stolen bases, good enough for a seventh-place tie in the SEC.

Trosclair has been swinging a hot bat en route to an 8-for-20 clip over her last five games. Her .289 batting average is second on the team.

Ashley Langoni and Tammy Wray are looking to break out of a collective 4-for-37 slump over their last five games. The duo is still ranked second and third on the squad with 26 and 24 RBIs, respectively.

Mack, the LSWA and SEC Pitcher of the Week, has totaled a 10-3 record to claim a staff-low 2.11 ERA. She has earned wins in her last five decisions and allowed just three earned runs over previous 43 innings of action. After her back-to-back strong outings against No. 1 Alabama, Mack climbed her way up to 10th in the SEC rankings with 102 strikeouts for the season.

Fico also has been dominant in the circle and surrendered only three runs over her last 36 innings of work. She has shaved over a full point off her ERA since March 18 and is 10-8 for the season. Her 119 strikeouts are seventh in the SEC.

Live audio and live stats for all three games of the series will be available in the Geaux Zone on LSUsports.net in addition to being carried live on ESPN 104.5 FM with Patrick Wright calling the action.