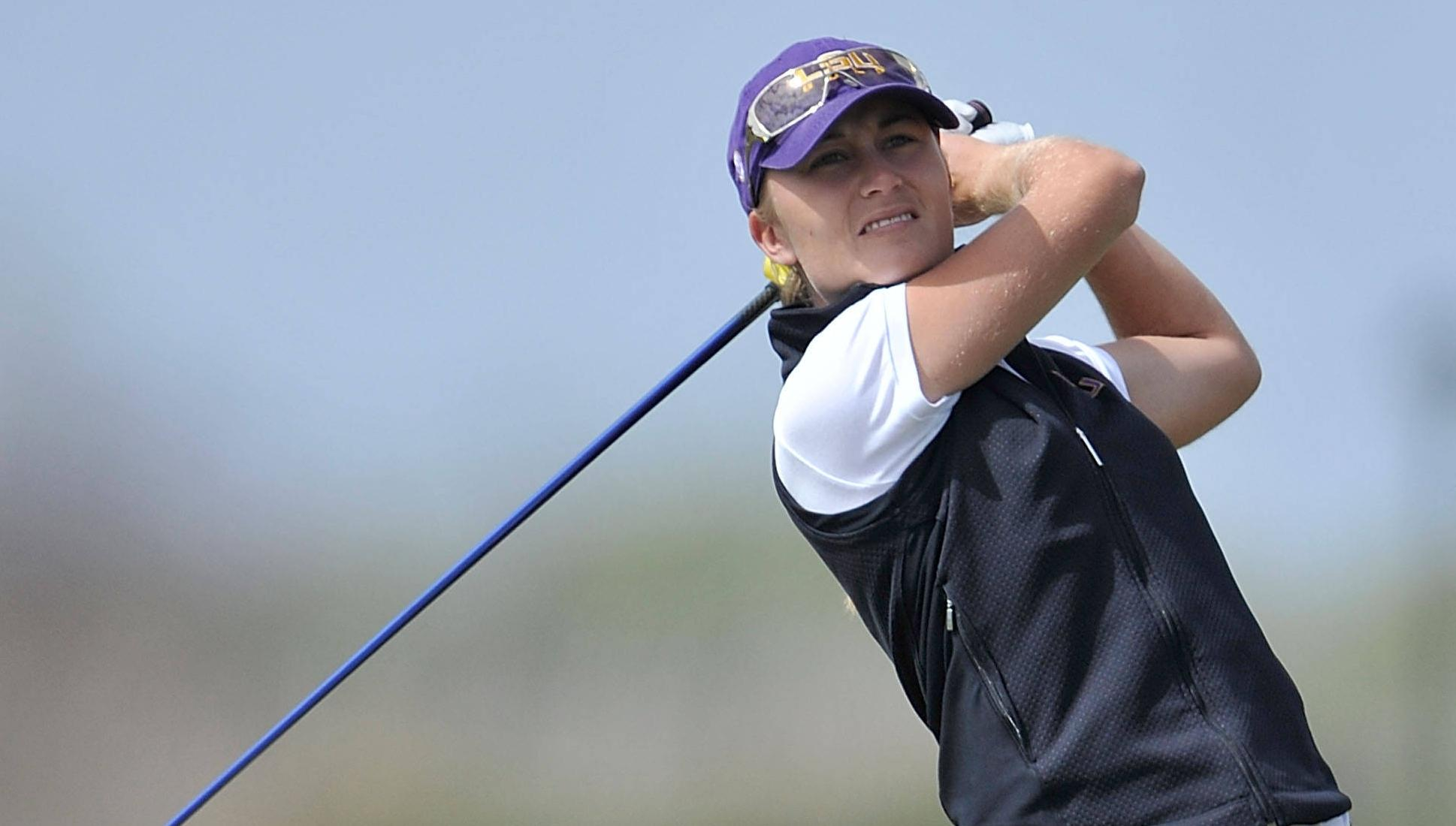 The 54-hole event begins on Friday at 8:30 a.m. CDT with waves off the first and 10th tee. For the first time in years, the tee times were adjusted to have the teams placed by the latest Golfstat rankings while in the past the first round pairings were based on last year’s finish.

The result is that LSU will be joined by No. 3 Alabama and No. 11 Georgia in the final wave off the first nine beginning at 9:20 a.m. No. 12 Arkansas, No. 14 Tennessee and No. 17 host Auburn will be in the opening wave at 8 a.m. The remaining six teams, highlighted by No. 21 Vanderbilt will start their first round on hole 10.

The practice round Thursday was played under a mostly sunny sky and just a hint of a breeze on a couple of holes but that is expected to change on Friday, especially later in the day when the wind picks up into double digits with storms expected later in the afternoon.

The Lady Tigers have been ranked as high as No. 1 in the Golfstat poll during the year after posting a win and three second place finishes during the year. Two LSU players, senior Megan McChrystal and freshman Austin Ernst, have individual tournament titles to their credit this season. McChrystal has been ranked at the top of the Golfstat Cup for much of the year and is the stroke average leader in the SEC at 71.38.

Both McChrystal and Ernst, who averaged 73.94 for the season, are in the LSU lineup as are senior Amalie Valle and juniors Tessa Teachman and Jacqueline Hedwall. LSU won its only SEC title in 1992 but has had six runnerup finishes since then.

“I feel very good about our team after (Thursday’s) practice round,” said Bahnsen. “They were very attentive and I think they have a very good feel of the course. The main thing is that it really doesn’t matter who is paired with us, we just have to focus on our game. It was great practice and we are in the right place mentally. Now we just have to go out and trust our game.”

The course, which can play at up to 7,300 yards, is set up to play at par 72 and 6,364 yards on the SEC Championship layout. The fairways and greens are Bermuda grass and water is visible, though not necessarily in play, on 14-of-18 holes.

“The course is set up very fair,” said Bahnsen. “It rewards you if you make a good play. I think it will be a good championship.”

The tournament concludes on Sunday.

Live scoring for the event can be found at www.LSUsports.net through Golfstat.com. Updates during the round as well on Facebook at www.Facebook.com/LSUwomensgolf and on Twitter @LSUwomensgolf.