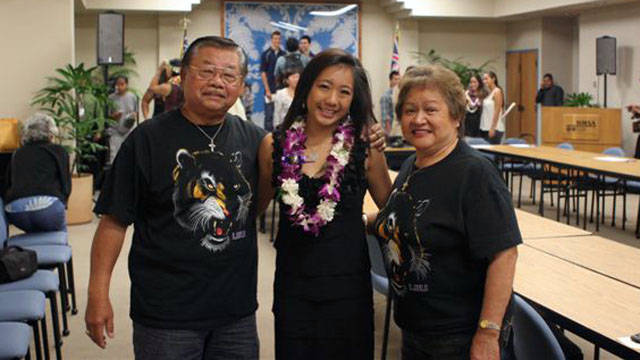 BATON ROUGE – LSU gymnastics head coach D-D Breaux announced Thursday that standout Randi Lau has signed a national letter of intent with the Tigers and will compete as a freshman in 2012.

Lau, a native of Honolulu, Hawaii, was a member of the U.S. National Team as a junior international elite competitor in 2008 after placing fifth on beam and eighth in the all-around at the Visa Championships.

Originally scheduled to graduate high school in spring 2012, Lau will earn her diploma a year early this spring from Myron B. Thompson Academy and will join the team in the summer.

“We are delighted to recruit such an outstanding young lady,” Breaux said. “Her academics, athletics and quality as an individual make her a real fit for our program. Her experience as an elite level competitor on the USA National Team and her skill level will make her an instant contributor to our 2012 efforts to bring our team back to the NCAA Championships and Super Six.”

Lau trains at Kokokahi Gymnastics under coaches Bruce Burns and Suzie Gamble, and she currently competes as a Level 10 gymnast.

The daughter of Robert and Susan, Lau is a three-time U.S. National qualifier and a two-time Junior Olympic qualifier, and she recently earned a spot at the J.O. Regional for Region 2 in Pullman, Wash.

Lau is the first gymnast from Hawaii to compete for LSU as she will travel more than 4,000 miles from Honolulu to Baton Rouge to become a Tiger.

Lau joins senior international elite and Baton Rouge native Rheagan Courville as well as Level 10 gymnast Lloimincia Hall from Dallas to form an outstanding 2011 recruiting class. All three will join the team this summer and compete as freshmen in the 2012 season.

“We are excited about Randi joining the team for summer school, so she can get a jump start on preparation for the new season,” Breaux said. “We are looking forward to adding a very strong freshman class and much needed depth to our team.”

Hall recently captured the all-around title at the Texas state meet and will represent Texas Dreams at the J.O. regional this weekend.

Courville recently opted out of the approaching USA Elite season to focus on her collegiate career with the Tigers.

Both Hall and Courville signed with LSU during the fall signing period in November.