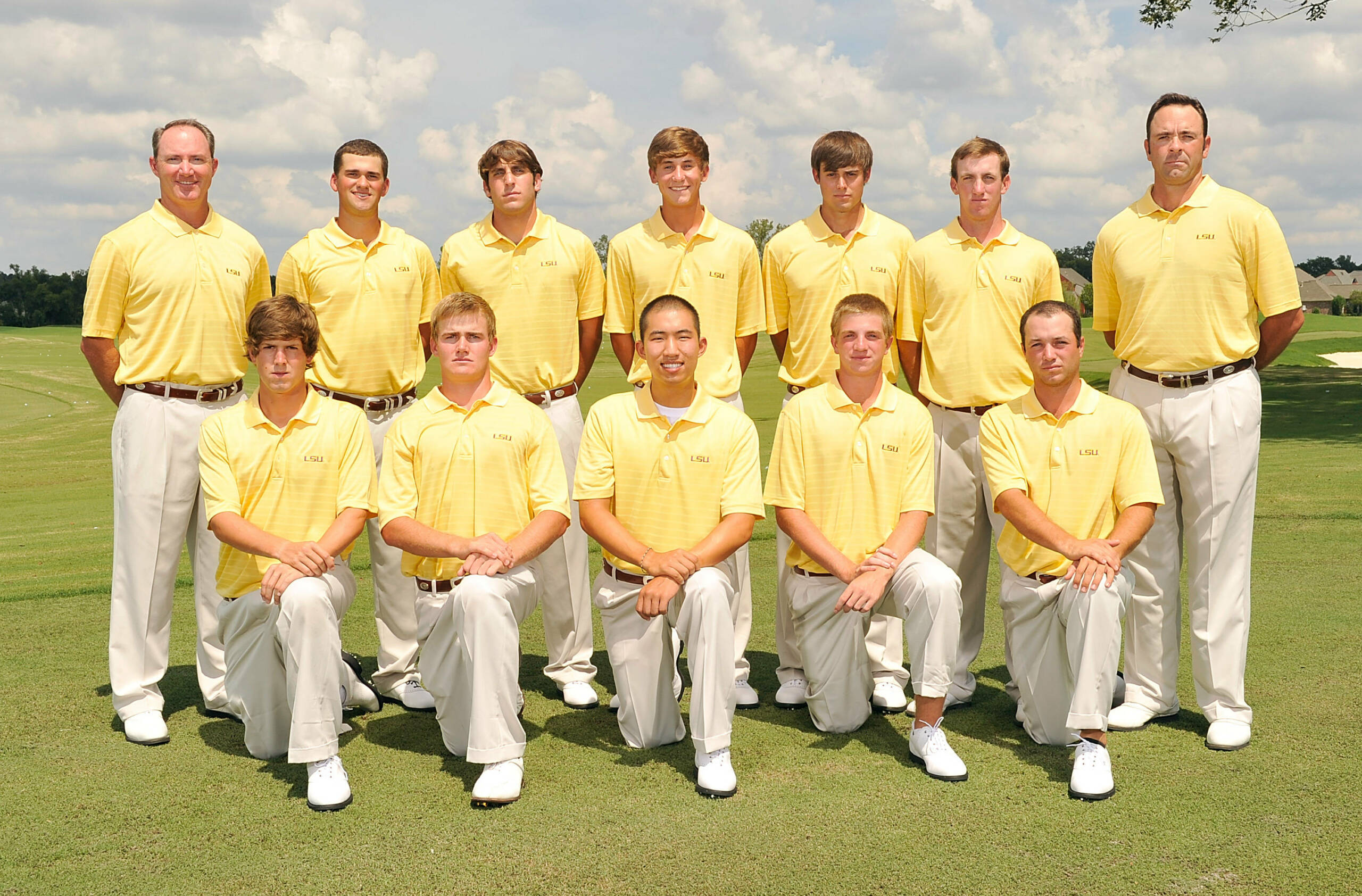 BATON ROUGE – The No. 9-ranked LSU men’s golf team is among the title contenders this weekend as it opens postseason play at the 2011 SEC Men’s Golf Championships, as the most competitive conference tournament in the country kicks off Friday at Sea Island Golf Club in St. Simons Island, Ga.

The Seaside Course will play host to the three-day, 54-hole championship for the ninth time in 11 seasons as the course will play to a par 70 and 6,657 yards for the weekend.

LSU has finished among the top five of the final team standings at the SEC Championships in each of the last two seasons after tying for fourth place in 2009 and finishing in fifth place in 2010. The Tigers posted a 54-hole score of 16-over par 856 at the Seaside Course a season ago.

The Georgia Bulldogs enter the weekend as the two-time defending SEC champions after winning each of the last two conference tournaments in 2009 and 2010. Georgia earned a five-shot victory over the Florida Gators and Ole Miss Rebels a year ago with a winning score of 4-over par 844 at the Seaside Course. The Gators and Rebels followed in a tie for second place overall at 9-over 849.

The 2010 edition of the SEC Championships provided an exciting battle for the individual medalist honor as Georgia Russell Henley defeated South Carolina’s George Bryan IV in a sudden-death playoff after the two tied one another with matching scores of 6-under 204 in 54 holes for the weekend.

On the strength of claiming four tournament titles during the regular season, the Tigers are ranked as high as No. 8 in the national rankings in the latest Golfstat Top 25 released Wednesday.

But the Tigers will compete at the SEC Championships this weekend as members of one of the elite fields in recent memory as six programs will tee off on Friday morning ranked among the nation’s Top 15 teams in the current Golfstat rankings. Joining LSU as an SEC title contender are No. 2 Alabama, No. 6 Florida, No. 10 Auburn, No. 14 Georgia and No. 15 Arkansas entering the weekend.

In addition, Tennessee will tee off this weekend with a No. 34 national ranking according to Golfstat, and rounding out the field will be Kentucky, Mississippi State, Ole Miss and Vanderbilt.

The Tigers will play alongside Arkansas and Tennessee in Friday’s first round as they tee off on the front nine beginning at 7:50 a.m. CDT. Live scoring of the event can be found online at www.golfstat.com. The fans are also invited to become a fan of LSU Men’s Golf on Facebook and @LSUMensGolf on Twitter.

LSU enters the weekend as one of the hottest teams in the SEC with four tournament championships to its credit, including wins in each of its last two events at the Hootie at Bulls Bay Intercollegiate (March 27-29) and LSU National Invitational (April 2-3). The Tigers also captured a pair of tournament crowns with the fall season at the Gopher Invitational (Sept. 12-13) and David Toms Intercollegiate (Oct. 17-18).

In fact, the Tigers have proven to be one of the more consistent teams in the NCAA this year as they have finished in the top three of the team standings in eight of 10 events.

Three Tigers will make their return to the Seaside Course this weekend after representing LSU at the SEC Championships a season ago, led by senior All-Americans Andrew Loupe and John Peterson and junior standout Sang Yi. Senior Clayton Rotz will also make his third career SEC Championships appearance on the weekend, while freshman Andrew Presley will make his tournament debut.

Loupe, the reigning SEC Men’s Golfer of the Week, continues to show his All-America form from a year ago as he leads the Tigers with a 71.6 scoring average in 10 tournament appearances, while earning a best four top-five, six top-10 and nine top-20 finishes for his senior campaign.

Loupe solidified his All-America and First-Team All-SEC status in 2010 with his career-best fourth-place finish on the SEC Championships leaderboard after firing 3-under 207 in three rounds.

With his career-best performance last spring, Loupe became the second LSU golfer in as many seasons to finish among the top-five finishers in the field at the SEC Championships.

Peterson, who earned a career-best third-place finish in the event during his sophomore season in 2009, is also set to make his fourth career SEC Championships start this weekend as one of the league’s top talents again this spring. He trails only Loupe on the LSU team with a career-low 71.8 scoring average, as he has also earned two top-five, six top-10 and nine top-20 finishes in 10 tournament appearances.

The three-day, 54-hole SEC Men’s Golf Championships will continue with the second round on Saturday and the final round on Sunday. The 2011 conference team and individual champions will be crowned with a brief awards ceremony immediately following Sunday’s final round.