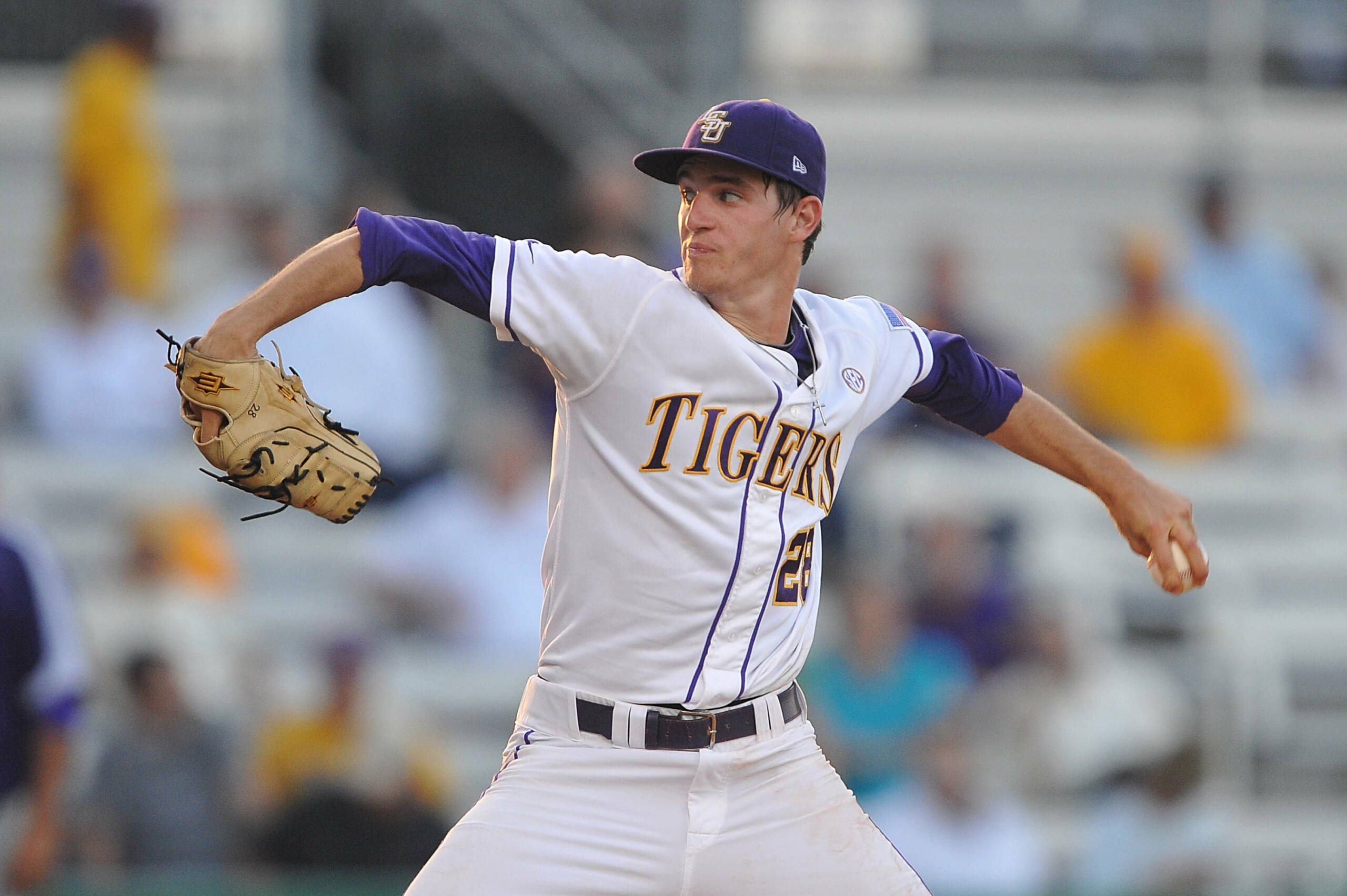 Right-hander Nick Rumbelow (1-0) earned his career victory as the freshman fired 2.1 innings out of the bullpen, allowing one run off one hit and three walks and striking out three. Left-handed starter Forrest Garrett got the Tigers off to a good start with three scoreless innings.

Ross’ two-run double in the fourth gave the Tigers a comfortable five-run advantage, while center fielder Mikie Mahtook and shortstop Austin Nola also contributed a double and an RBI on the evening.

“This is certainly a win we needed, and we got the job done tonight,” said LSU coach Paul Mainieri. “I was really encouraged by the resiliency of our team after a tough stretch of games. We had a great batting practice before tonight’s game, and there was a lot of life in the dugout. I thought our pitchers threw well, and we came through with a few clutch hits. The most encouraging aspect tonight was our defense – we made some great plays at key moments in the game.”

The Tigers struck early with a pair of runs in the bottom of the first inning to take a 2-0 advantage. Mahtook drilled a double into deep center to plate designated hitter Raph Rhymes and subsequently stole third base. Nola followed with an RBI base hit to right to score Mahtook.

The Tigers added three runs in the bottom of the fourth to go up, 5-0. Second baseman JaCoby Jones drove in a run on a fielder’s choice, and Ross delivered a clutch, two-run double into right center.

Alcorn State got a run back in the top of the sixth to cut the deficit to 5-1. An RBI base hit from designated hitter Kilby Perdomo brought home center fielder Brandon Hollins. However, LSU capitalized on a pair of defensive miscues by Alcorn State to push two more across and go ahead, 7-1, in the bottom of the frame.

Jones notched an infield single, and first baseman Kirk Cunningham reached on an error to put two runners on base. Both then scored two at-bats later when Ross reached on another error.

Right-handers Samuel Peterson, Daniel Bradshaw and Kevin Berry and southpaw Chris Cotton combined for 3.2 scoreless innings in the back half of the game to shut the door on the Braves.