No. 21 Softball Travels to McNeese St. 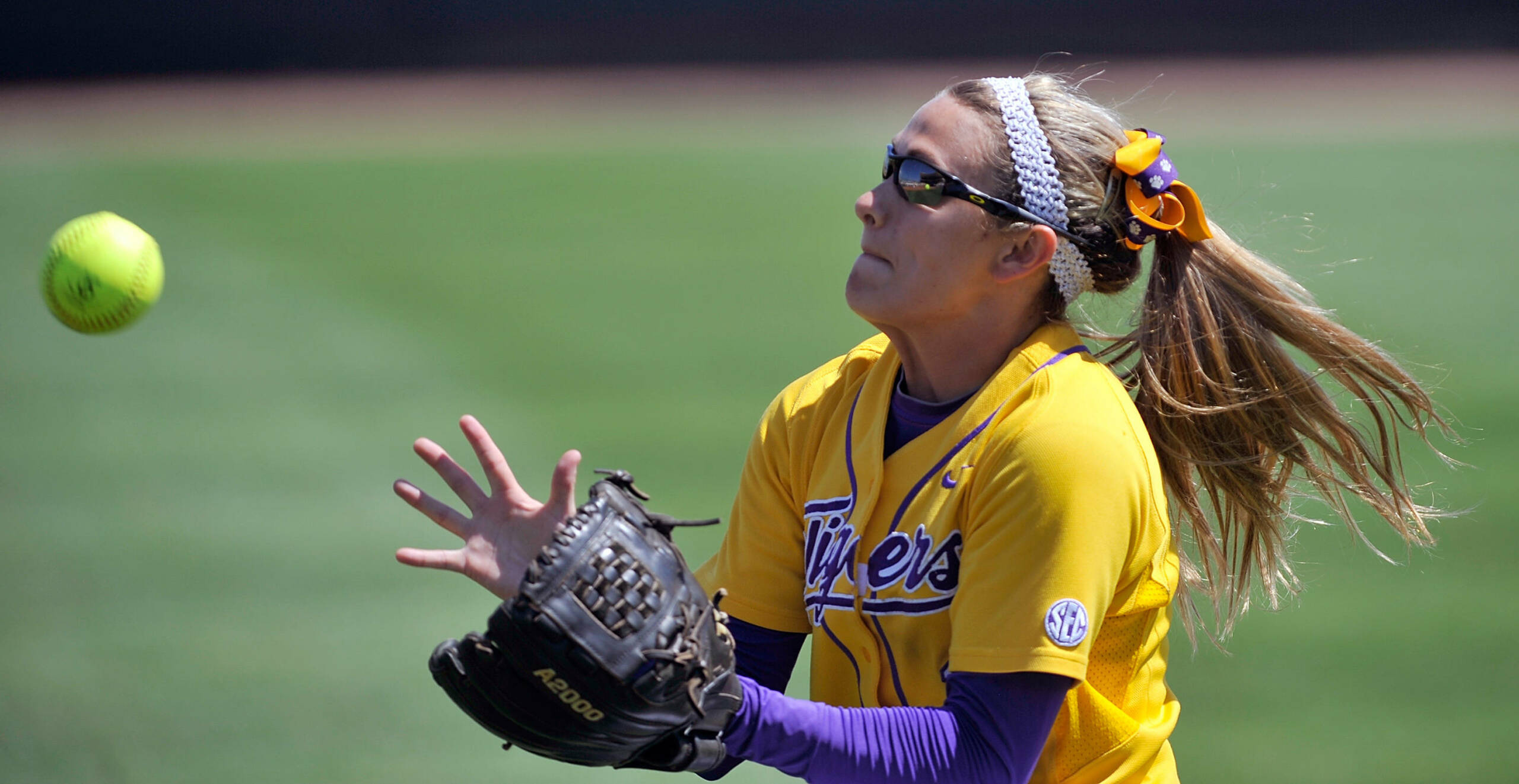 BATON ROUGE – Fresh of its weekend sweep of top-ranked Alabama, the No. 21 LSU softball team carries a 10-game winning streak Wednesday to McNeese State. First pitch is slated for 6 p.m. in Lake Charles.

LSU (25-12) defeated the Cowgirls by a 7-1 margin earlier this season at Tiger Park behind by a combined nine strikeouts from Rachele Fico, Brittany Mack and Meghan Patterson. The Tigers scored all seven of their runs during the third inning highlighted by a Morgan Russell two-run single.

McNeese State (22-21) has won 12 of its last 15 games, including its last three Southland Conference series. Molly Guidry paces the Cowgirl offense with a .320 batting average, six home runs and 31 RBS, while Kayla Shepherd anchors the pitching staff with 13 wins and a 2.58 ERA.

“McNeese State will be ready for us in Lake Charles,” head coach Yvette Girouard said. “They’ve beaten us during each of the last two seasons. We’ll have to come back down to earth, get our feet planted firmly on the dirt and play well.”

LSU’s offense is fueled by reigning LSWA, SEC and USA Softball Player of the Week Anissa Young, who has connected for a .287 batting average to go along with a team-best eight home runs and 28 RBIs. She has hit safely in eight of her last nine games, including RBIs in five of her last six outings.

“It’s certainly an honor that’s well deserved for Anissa, and I feel she would have been cheated had she not won those awards,” Girouard said. “Earlier in the season, she doubted herself and sometimes would be her own worst enemy. She matured greatly in her mental aspect towards hitting. It certainly paid off for and she’ll continue to work hard to keep that mindset going forward.”

Tiffany Shaw has garnered 28 hits en route to a team-best .289 hitting clip. She has posted a team-high seven multi-hit efforts and collected hits in three of her last four games. LSU is 13-1 this season when Shaw hits at the bottom of the lineup.

Cassie Trosclair has boosted her average up to .282 sparked by a career-high three hits during the middle game of the Alabama series.

Ashey Langoni has provided hits in 10 of her last 14 games, while Tammy Wray is looking to break out of a 0-for-11 slump during the Alabama series. Wray and Langoni check in with 26 and 24 RBIs, respectively, and share the team lead with five doubles.

Mack, the LSWA and SEC Pitcher of the Week, has tallied a 10-3 record and notched a staff-low 2.11 ERA. She has won her last five decisions and surrendered only three earned runs over previous 43 frames of action.

Fico also has been dominant in the circle and allowed just one run over her last 27 innings of work. She has shaved over a full point off her ERA since March 18 and is 9-8 for the season. Her 113 strikeouts are seventh in the SEC.

“I saw phenomenal pitching, great defense and timely hitting,” Girouard said. “There was effort and hustle during every play. Those are the things we’ve reiterated to the team since day one. It might not always be your time, that’s why it’s called a team. Your time will come, just keep battling up there.”

Live stats for Wednesday’s contest are available in the Geaux Zone on LSUsports.net along with in-game updates provided via the program’s social media pages at www.Facebook.com/lsusoftball and www.Twitter.com/LSU_Softball.