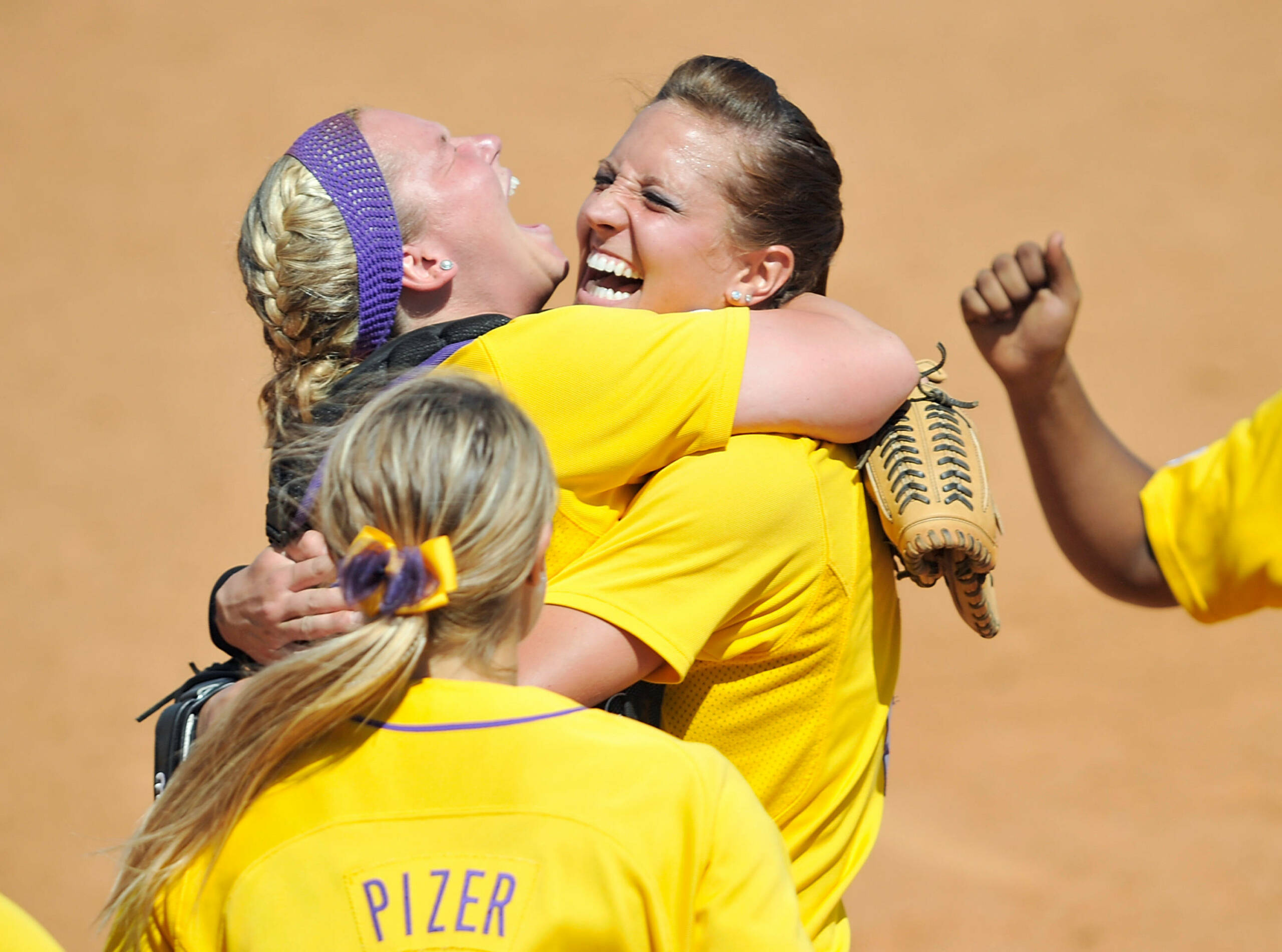 A junior infielder for the Tigers, Young connected for a pair of extra inning walkoff blasts on back-to-back evenings to fuel LSU’s weekend sweep over No. 1 Alabama. Her solo shot during the series opener to open the 14th inning ended the longest game in program history at 4 hours, 31 minutes. For an encore performance, Young added a two-run shot during the 10th inning of game two.

A junior hurler for the Tigers, Mack racked up a career-best 14 strikeouts and used an epic 234-pitch performance to grind out all 14 innings of the series opener against the Crimson Tide. She left 16 Alabama base runners, 10 in scoring position. During Sunday’s series finale, Mack twirled a two-hitter and added nine Ks to complete the three-game sweep.

It’s the fourth weekly award for Mack and first for Young from the LSWA.