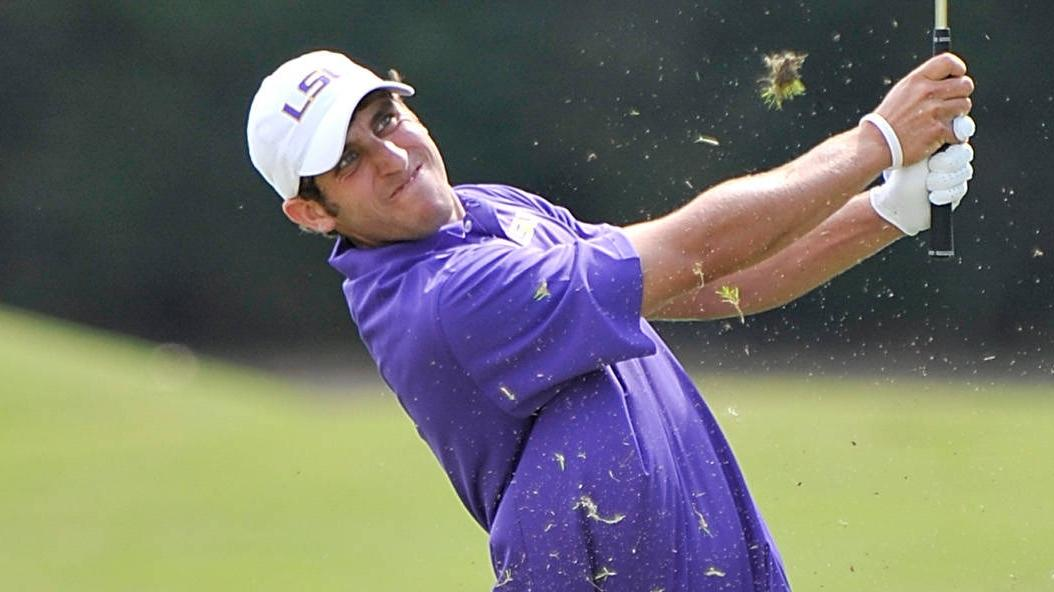 BATON ROUGE – With his performance in leading the LSU men’s golf team to two team titles in a one-week span at the Hootie at Bulls Bay Intercollegiate on March 29 and the LSU National Invitational on April 2, senior Andrew Loupe was selected the SEC Men’s Golfer of the Week by the league on Monday.

A senior from Baton Rouge, Loupe matched his season-low tournament score in relation to par by firing a 6-under par 207 to finish in a tie for first place on the individual leaderboard at the Hootie at Bulls Bay Intercollegiate held March 27-29 at the par-71 Bulls Bay Golf Club in Awendaw, S.C.

Loupe dropped his bid for a second career individual championship by falling in a one-hole, sudden-death playoff with tournament champion Mitchell Sutton of NC State.

The Tigers actually finished one stroke ahead of No. 6-ranked and defending national champions Augusta State for the victory at the Hootie at Bulls Bay Intercollegiate.

Loupe returned to action just four days following The Hootie as he led the No. 9-ranked Tigers to a fourth team championship of the season with another one-stroke victory at the LSU National Invitational held on April 2-3 at the University Club in Baton Rouge. The event featured five teams in the Golfstat Top 50.

Loupe picked up his second top-five finish of the week at the as he finished in fifth place overall with a 2-over 218 at the difficult 7,440-yard, par-72 layout at the University Club.

With his performance during the week, Loupe dropped his scoring average to a career low of 71.60 with a single season as he has now played 30 rounds in 2010-11. He also leads the LSU team with four top-five and eight top-20 finishes on the campaign. Loupe also ranks second on the team with a total of five top-10 finishes on the season, pushing his career totals to 16 top-10 and 27 top-20 finishes in four seasons.

The 2010 honorable mention All-American is seeking his second career All-America selection as he ranks No. 22 individually in the Golfweek/Sagarin Performance Index and No. 31 nationally in the Golfstat Cup standings featuring the top collegiate players from across the country.