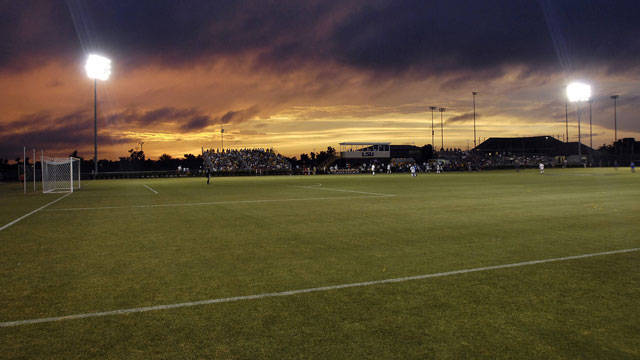 ORANGE BEACH, Ala. – The three-time SEC Western Division champion LSU soccer team wrapped up its 2011 spring season Saturday with a narrow 1-0 defeat at the hands of NCAA College Cup veterans Florida State in a match held at the annual home of the SEC Tournament at the Orange Beach Sportsplex.

While competing against one of the strongest spring schedules in all of college soccer, the Tigers posted a 3-2-1 overall record while preparing for what is sure to be an exciting 2011 regular season in the fall.

Florida State wrapped up the 2010 fall season with a 16-6-1 overall record and 7-2-1 mark in the powerful Atlantic Coast Conference before advancing to the NCAA Elite Eight.

“I’m very proud of our kids for the way they competed in the game. Florida State is a NCAA College Cup program and one that competes for a national championship each season, and we really did an outstanding job of competing as a team for 90 minutes,” said LSU head coach Brian Lee. “We were good in the attack and created some great chances in the game. We could have seen a much different result.”

In a match that was played with three 30-minute periods, LSU appeared to take a 1-0 advantage in the 70th minute of action when rising senior Taryne Boudreaux rifled a corner kick directly into the back of the net from the right corner flag. But the goal was disallowed when a foul was called with the ball in the air.

Florida State responded on the ensuing possession as sophomore defender Ines Jaurena buried a header on the top of the six-yard box on a service into the area by junior midfielder Casey Short.

The Tigers misfired on two golden opportunities to take the early lead in the first 30-minute period during the match as Boudreau and rising sophomore Shannon McLain each saw good looks on frame.

Following a corner kick by rising junior Natalie Ieyoub in the 10th minute of play, Boudreau pounced on a loose ball in the left side of the area with her back to the goal, spun around to her right and whistled a shot on frame that was saved by a Florida State defender still standing on the line just inside the right post.

With the clock winding down in the first 30-minute period, the Tigers found themselves in the attack once again as All-SEC midfielder Allysha Chapman found Boudreau running by herself down the right flank in the attacking third. After Boudreau’s cross was knocked down by the Seminole goalkeeper, McLain rifled an eight-yard strike off the crossbar and out of play for a goal kick in the 30th minute.

“We have been much more dynamic in the attack in creating some great opportunities this spring. We just need to start turning those chances into goals,” Lee said. “This has been a tremendous spring for our team, and you can just see the maturity and individual development since the fall.”

The Tigers highlighted their spring campaign with an exciting 1-0 won over the Texas Longhorns back on March 26, while also playing within one goal of Elite Eight qualifiers Florida State and Oklahoma State.

With the 2011 spring season in the books, the Tigers will prepare for the stretch run of the spring semester as final exams are scheduled for the week of May 9-14. The squad will then reconvene on campus in three months for the start of preseason training camp that is scheduled to begin Aug. 2.