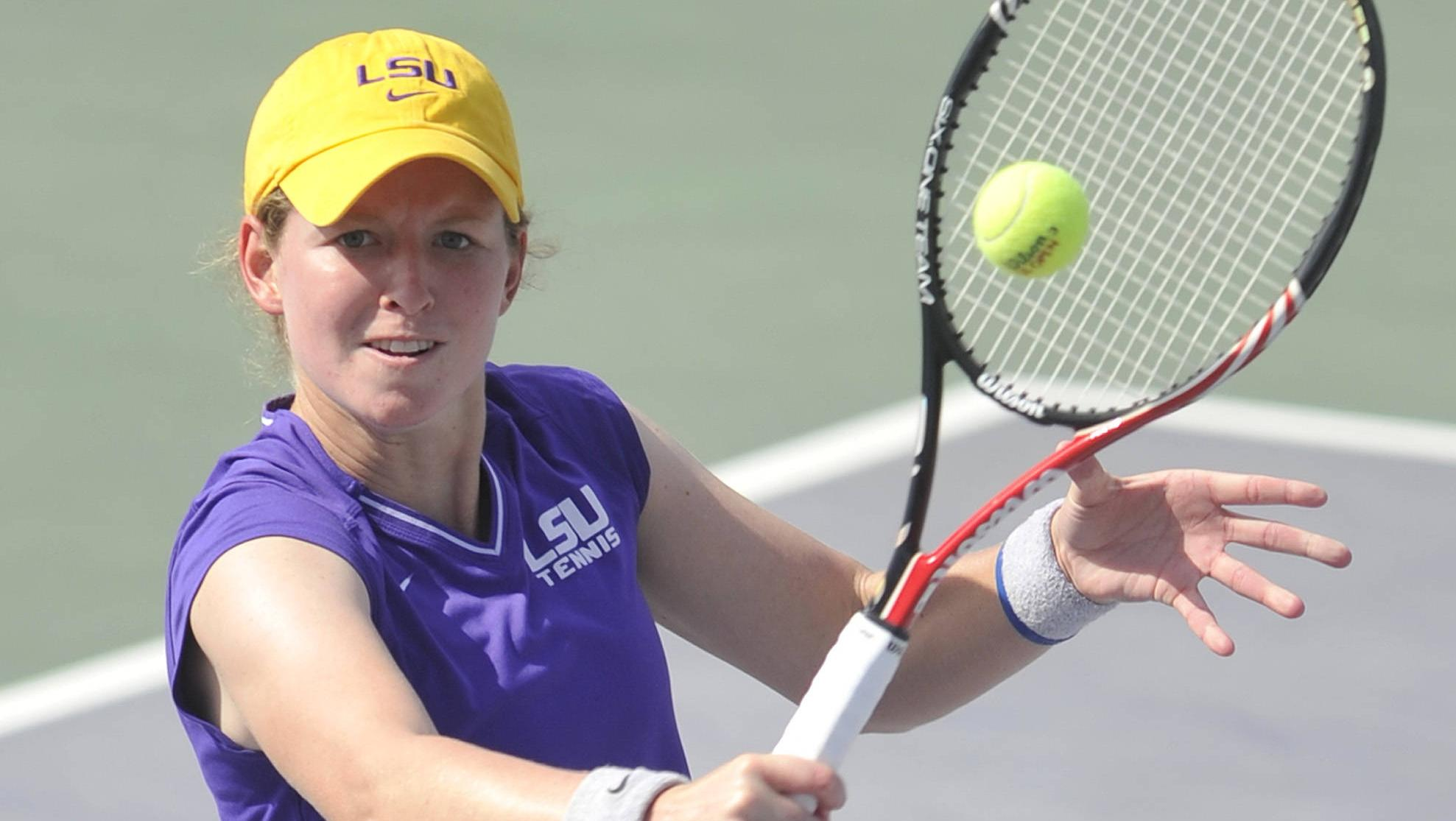 These are just three of the 28 countries represented this season by SEC women’s tennis teams. In a sport that sees many schools focus its recruiting efforts on international players, rosters are often dominated by student-athletes from all over the globe. Few players come from their school’s home state, much less its home city.

An exception is LSU senior Kylie Adamek. A product of Baton Rouge’s University High School, Adamek decided to come to LSU and walk on to the women’s tennis team.

“I decided to come here because I knew I wanted to play college tennis and LSU is such a fantastic school,” she said. “I really loved the team environment, so it was really a no-brainer for me.”

As a freshman during the 2007-08 season, Adamek was the lone newcomer to a team loaded with sophomores and juniors. Originally expecting few playing opportunities, she was called upon numerous occasions during her rookie campaign and performed admirably, collecting six wins during the fall season and another in the spring.

The highlight came in her first career win, a thrilling 6-4, 4-6, 1-0 (10-7) victory over Minnesota’s Mikayla Rogers in the consolation quarterfinals at the Gopher Invitational.

“I had an interesting start to my career,” Adamek said. “I was fortunate enough to get to play more than I expected in both the fall and spring.”

After a difficult fall in the 2008-09 season, the former University High star rebounded in the spring by posting a 3-1 record for the Lady Tigers as they reached the second round of the NCAA Tournament for the second consecutive season. The squad also became the first LSU team in program history to defeat Florida.

“Beating Florida for the first time is my favorite memory during my career here,” she said.

“With the match tied 3-3, we had our No. 1 player, Megan Falcon, left on the court. She ended up pulling out a three-set win for the victory.”

“It is important for me to attempt to balance academics, tennis and my social life,” she said.

Adamek notched seven singles wins and picked up another four on the doubles courts during her junior season, once again stepping up when her team needed her. She also began to take on more of a leadership role on a team that featured three freshmen.

“Kylie has been an extremely valuable player for us, not only during her junior season but over the course of her entire career,” said head coach Tony Minnis. “She has stepped up and played in some very important matches and contributed both on and off the court in so many ways.”

As the lone senior this season, Adamek has saved her best for last, recording a perfect 4-0 spring singles record and going 4-1 in doubles play through LSU’s first 21 matches.

She has also taken on being the team’s unquestioned leader, providing knowledge and experience for a young Lady Tiger squad. While she will be vocal when needed, Adamek is a natural leader by example.

“She is an extremely dedicated and hard-working individual,” assistant coach Lisa Jackson said. “It has been a pleasure watching Kylie mature into a responsible, conscientious and capable young adult who sets a tremendous example for our team.”

As her career draws to a close, Adamek says she will take many things with her from her experiences as a Lady Tiger, but she will miss the relationships she has formed with her teammates above all else.

“I will miss my teammates the most,” she said. “I have loved every single team that I have been on. Part of being on such a small team is developing close relationships with your teammates.”

With plans to attend medical school following graduation, Adamek appears to have a bright future ahead of her. Still, her four years as a Lady Tiger will be hard to top.

“Kylie is what college athletics should be all about,” said Minnis. “Her career here will be an experience she will remember forever.”