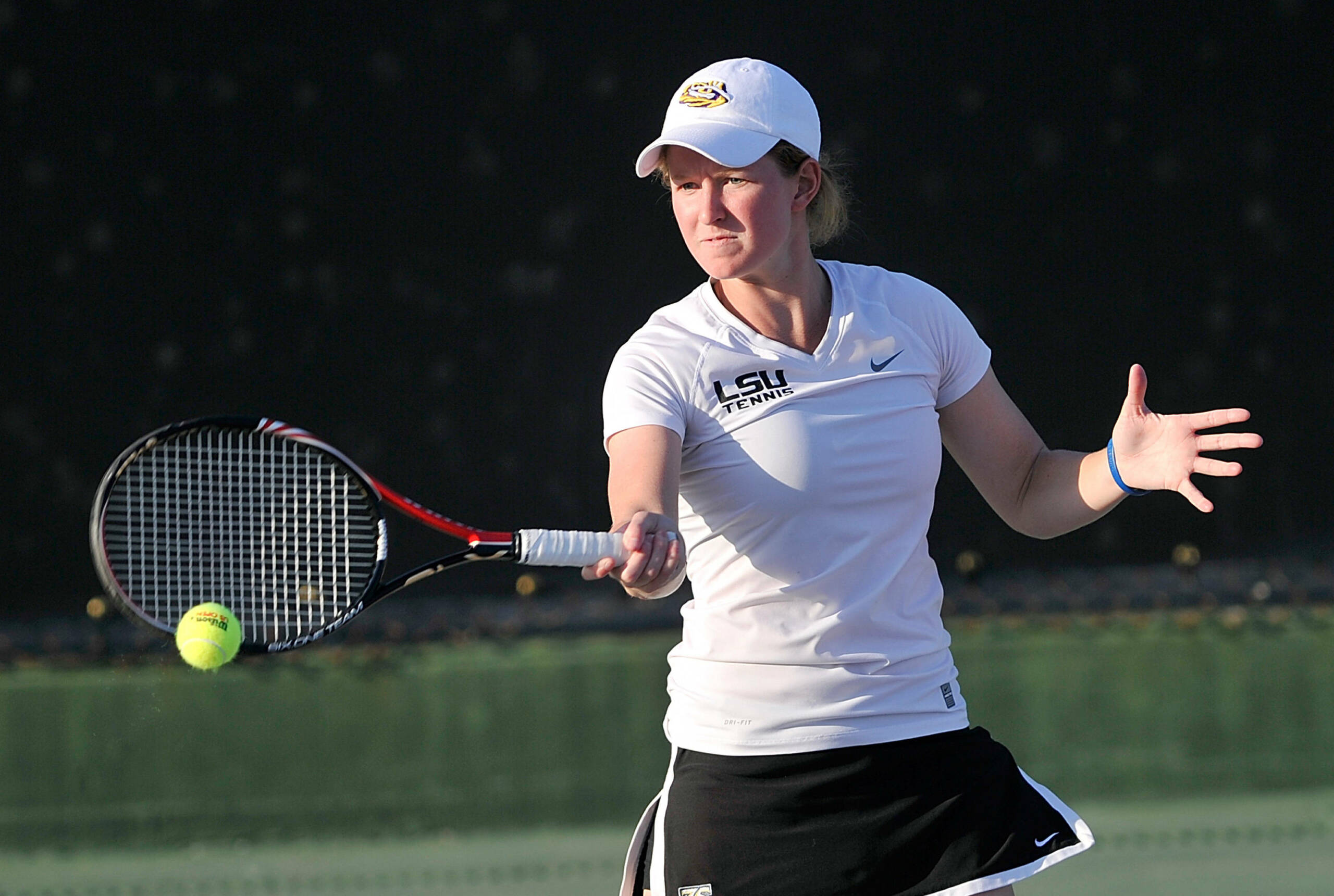 “Kentucky is a solid team that is much better than their record indicates,” said LSU women’s tennis coach Tony Minnis. “This is a must-win match if we expect to have a chance to make the NCAA Tournament.”

Freshman Khristina Blajkevitch leads the way for Kentucky in singles competition. The Victoria, British Columbia, native leads her team with nine victories this spring. She is coming off a thrilling 6-3, 6-7 (4-7), 1-0 (10-8) win over Arkansas’ Kate Lukomskaya on Friday.

Megan Broderick guides the Wildcats out of the No. 1 post. The senior is second on the squad with eight spring singles wins. She enters play on Sunday following a 6-3, 6-1 loss to No. 27 Anouk Tigu on Friday in Fayetteville.

Broderick and Blajkevitch team up on the doubles court as Kentucky’s ace doubles team. The tandem has picked up a team-leading four victories this spring but has lost eight of their last nine matches.

LSU’s Ebie Wilson fuels the Lady Tigers in singles action. She leads the squad with 12 victories this spring despite battling injuries of late.

Lady Tiger junior Whitney Wolf will look to turn things around out of the No. 1 slot. Ranked No. 66 in the ITA singles rankings, the junior has lost five-consecutive singles matches entering play on Sunday.

Wolf and sophomore Kaitlin Burns guide the Lady Tigers as the team’s ace doubles duo. The twosome has put together a 4-4 record this spring including a 2-2 clip in conference matches.

Live stats will be provided for Sunday’s contest and can be followed at www.LSUsports.net/livestats.

Fans are encouraged to arrive early as LSU senior Kylie Adamek will be honored prior to the match as part of Senior Day. In addition, free pizza will be served while supplies last.

LSU will wrap up regular-season play when the Lady Tigers visit No. 17 Arkansas on Saturday at 1 p.m. in Fayetteville.