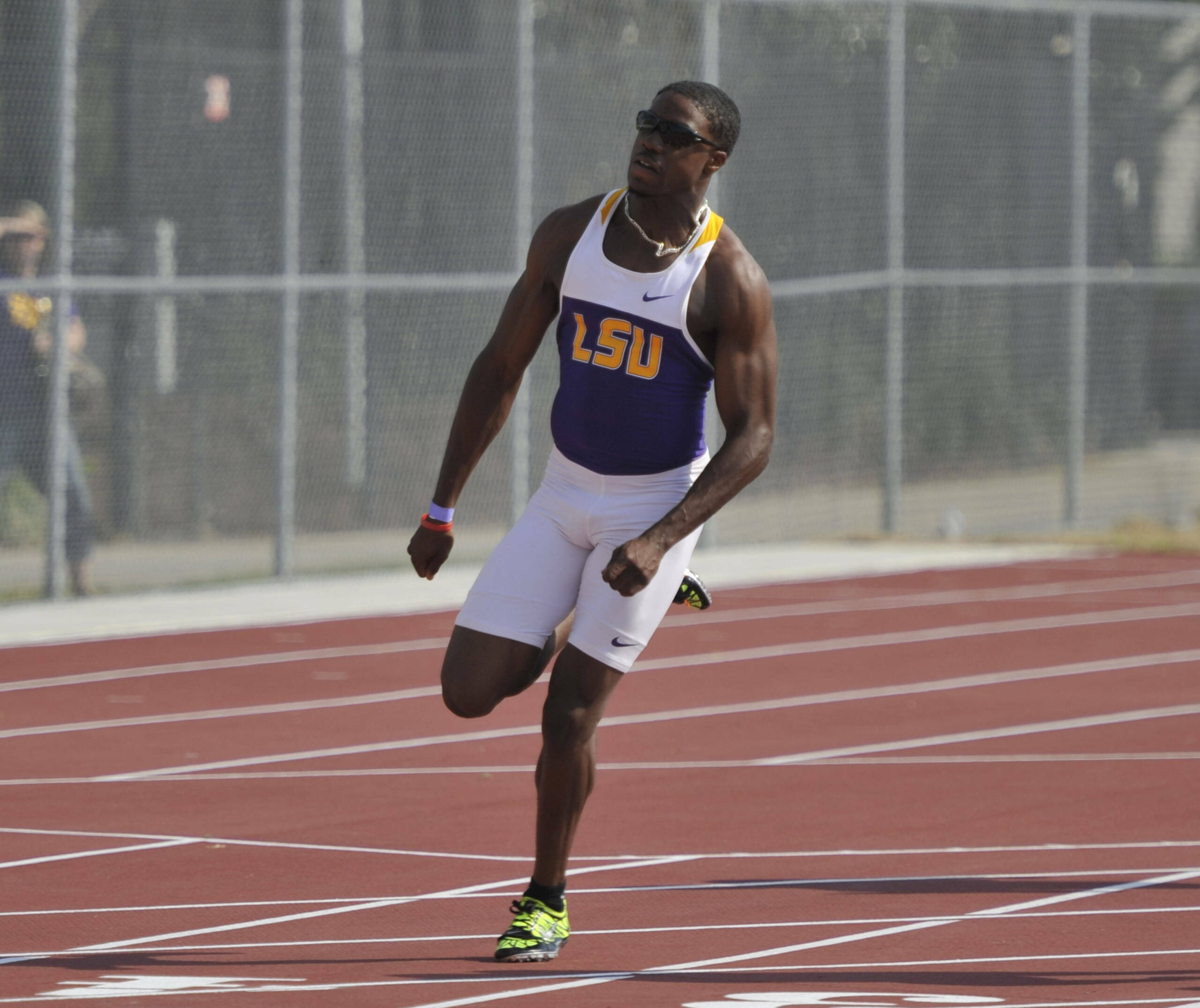 AUSTIN, Texas – LSU proved to be the most prolific program in qualifying during Friday’s competition at the 84th Clyde Littlefield Texas Relays with six athletes and three relays earning the right to compete as part of Saturday’s championship finale at Mike A. Myers Stadium at the University of Texas.

The Tigers and Lady Tigers set the pace for all programs competing in Austin this weekend by combining for nine finalists who will run in championship finals during Saturday’s action.

Texas A&M followed with a combined eight finalists between its men’s and women’s teams throughout a windy morning session at Myers Stadium, while Baylor, Clemson and Texas Tech each added six finalists and Southern California qualified five finalists into Saturday’s competition.

As is the case each season, LSU will be well-represented in the Texas Relays finale as it will feature nine individuals and eight relays in finals on the track, in addition to eight competitors in field event finals for an impressive total of 25 finalists ready to lead the competition.

“Competing in a meet like the Texas Relays gives our athletes an opportunity early in the season to line it up and compete against many of the athletes they will see again at the SEC and NCAA Championships later this season,” said LSU head coach Dennis Shaver. “I was very impressed with the way we competed in today’s prelims. Our athletes have given themselves another great opportunity to compete tomorrow.

“You just never know what might happen in conditions like that when it is a little cool and the wind starts blowing like it did. That really makes it difficult for the athletes, particularly in the relays.”

The men’s 4×100-meter relay team led the way with the fastest qualifying time for the morning session as junior Barrett Nugent, junior Horatio Williams, junior Keyth Talley and senior Gabriel Mvumvure sped at 39.42 seconds to defeat Baylor (39.79) in their prelim heat and finish ahead of Texas (39.79) for the No. 1 qualifier. The Clyde Littlefield Men’s 4×100-Meter Relay final will run Saturday at 2:05 p.m. CDT.

In addition, Nugent and Talley also qualified for individual finals to be held on Saturday afternoon as they recorded a pair of top-five performances on a windy Friday morning in qualifying.

Nugent won his preliminary heat in the 110-meter hurdles with the third-fastest time of the round at 13.52 that was set with a strong tailwind of +4.6 at his back. Talley finished runner-up in his heat and fifth place overall in the 100-meter dash with a wind-aided time of 10.19 (+4.8).

The Lady Tigers were also impressive throughout the morning session as they started at 9:30 a.m. with an easy victory in the second section of the 4×100-meter relay. The team of freshman Toshika Sylvester, junior Semoy Hackett, sophomore Kimberlyn Duncan and senior Kenyanna Wilson clocked the third-best time of the qualifying round as they carried the stick around the track in 44.44.

In addition, the Lady Tigers will be represented by a pair of finalists in the women’s 100-meter hurdles on Saturday as senior Tenaya Jones and freshman Jasmin Stowers advanced in two of the only wind-legal races during the morning session. Stowers ran a legal 13.18 (+0.7) to win her heat with the sixth-fastest of the day, while Jones followed with a legal 13.30 (+1.9) for the seventh-fastest qualifying time.

LSU also qualified for the women’s 4×400-meter relay final as the team of sophomore Latoya McDermott on the leadoff leg, junior Rebecca Alexander on the second leg, sophomore Siedda Herbert on the third leg and junior Jonique Day on the anchor won its heat with the eighth-fastest qualifier at 3:37.51.

“Our athletes did an outstanding job of contending with some difficult conditions in qualifying today with some good performances,” Shaver said. “We’ll be well-represented in some exciting finals tomorrow.”

After winning their third women’s 4×800-meter relay championship in four seasons at the Texas Relays at Myers Stadium on Thursday night, the Lady Tigers nearly made history Friday night with their first win in meet history in the 4×1,500-meter relay following a second-place finish in the day’s last event.

The Tigers followed with an eighth-place finish in the men’s 1,500-meter relay final after Michael Florek, Richard Chautin, Tim Landry and Alan Sticker combined to run 16:08.06. The Texas Longhorns captured the title with a winning time of 15:26.34 to edge Oklahoma’s 15:27.17 at the finish line.

Junior Aaron Moore and sophomore Damar Forbes each led the way for LSU in the field events on Friday as each set a new 2011 outdoor best to improve their qualifying position for the NCAA Championships.

Forbes earned a sixth-place finish in the men’s university long jump finals with a new outdoor season best wind-aided mark of 25 feet, 5 ¼ inches on his second jump of the competition. Moore finished 12th during the men’s university javelin with a seasonal-best throw of 216-6 on his third attempt.

Saturday’s championship finale at the 84th Clyde Littlefield Texas Relays is set to kick off at noon CDT in the field events. The first relay finals are scheduled to run at 12:35 p.m. with the men’s and women’s 4×200-meter relays. The 2011 edition of the Texas Relays will come to a close at about 5:15 p.m. after the running of the Cleburne Price, Jr. Men’s 4×400-Meter Relay championship.

Fans are reminded that live updates and behind-the-scenes content from the Texas Relays are available by becoming a fan of the official LSU Track & Field page on Facebook at www.facebook.com/lsutrackfield and by following @LSUTrackField on Twitter at www.twitter.com/lsutrackfield.