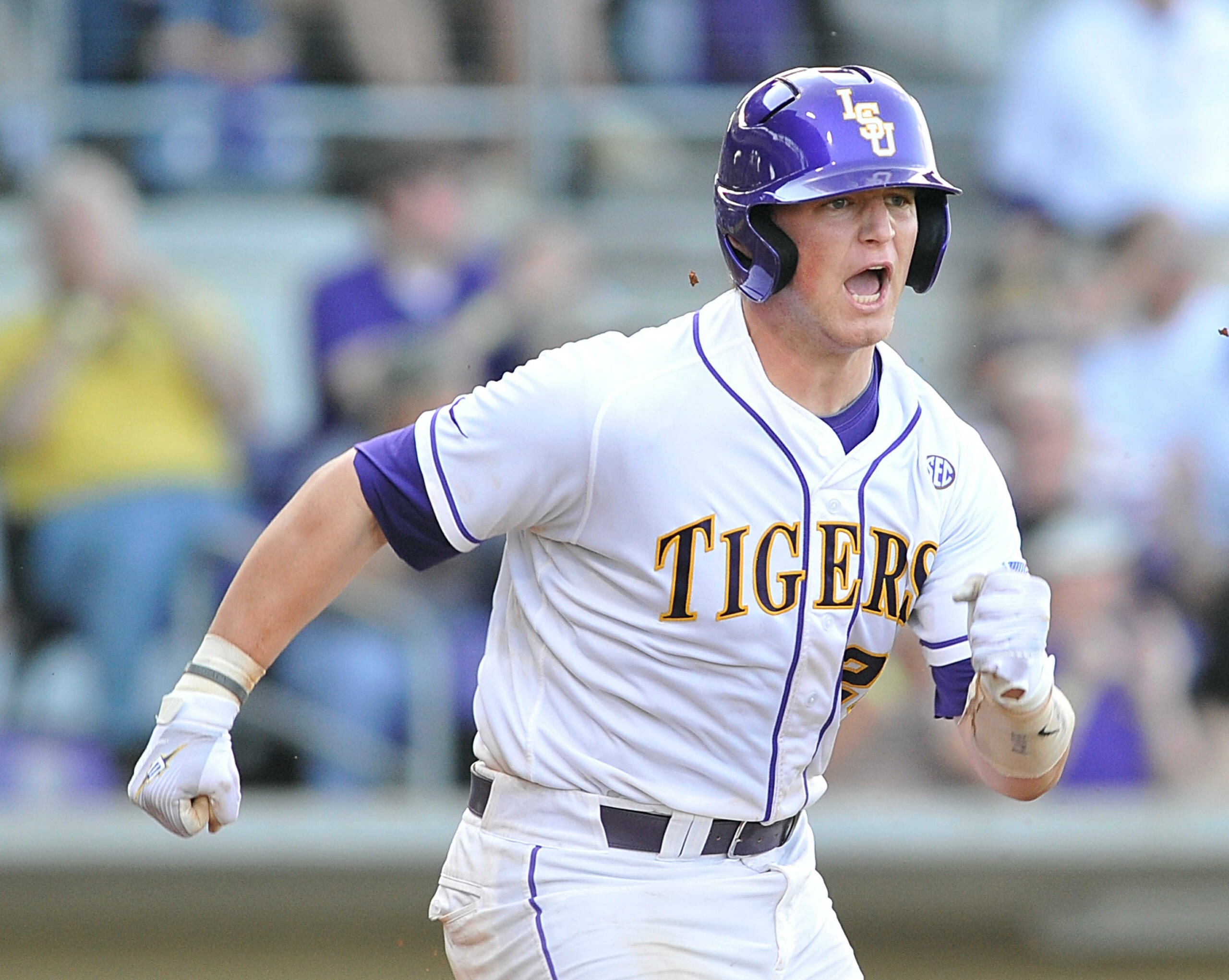 The teams resume the weekend series at 7 p.m. CT Saturday in a game that will be televised by ESPNU. The game can be heard on affiliates of the LSU Sports Radio Network, and live audio and stats may be accessed at www.LSUsports.net/live.

The Tigers collected 10 hits in Friday’s contest, all singles. LSU left 11 runners on base, including seven in scoring position.

“It’s a very tough loss because we definitely had some chances to score early in the game,” said LSU coach Paul Mainieri. “We made (Arkansas starter DJ) Baxendale throw a lot of pitches, but we couldn’t come up with the timely hit.  I thought Kurt McCune gave us another courageous outing, but we didn’t give him the run support he needed.”

McCune blanked the Razorbacks through 5.1 innings before surrendering a solo home run to Arkansas first baseman Dominic Ficociello in the bottom of the sixth.

The Razorbacks extended the lead to 2-0 in the seventh with an unearned run. Shortstop Tim Carver reached on a error by LSU first baseman Grant Dozar, and he advanced to second  on sacrifice bunt by centerfielder Jacob Morris. Carver sprinted toward third base when McCune fired a wild pitch, and he scored when catcher Ty Ross‘ throw toward the bag skipped into left field.

LSU loaded the bases in the each of the first two innings against Baxendale, but the Tigers could not plate a run.

Baxendale exited the game in the sixth inning with a blister on his throwing hand, but the Arkansas bullpen was just as effective as the Razorback starter.

Freshman right-hander Barrett Astin (2-1) relieved Baxendale and was credited with the win, limiting LSU to two hits in 2.2 innings with no walks and three strikeouts.

Freshman right-hander Nolan Sanburn blanked the Tigers over the final 1.1 innings to earn his fifth save of the season.

McCune (5-1) suffered the first loss of his collegiate career, as he was charged with two runs (one earned) on only four hits in 7.2 innings with one walk and a career-high nine strikeouts.

Baxendale scattered eight singles in his five innings of work, recording one walk and a career-best seven strikeouts.