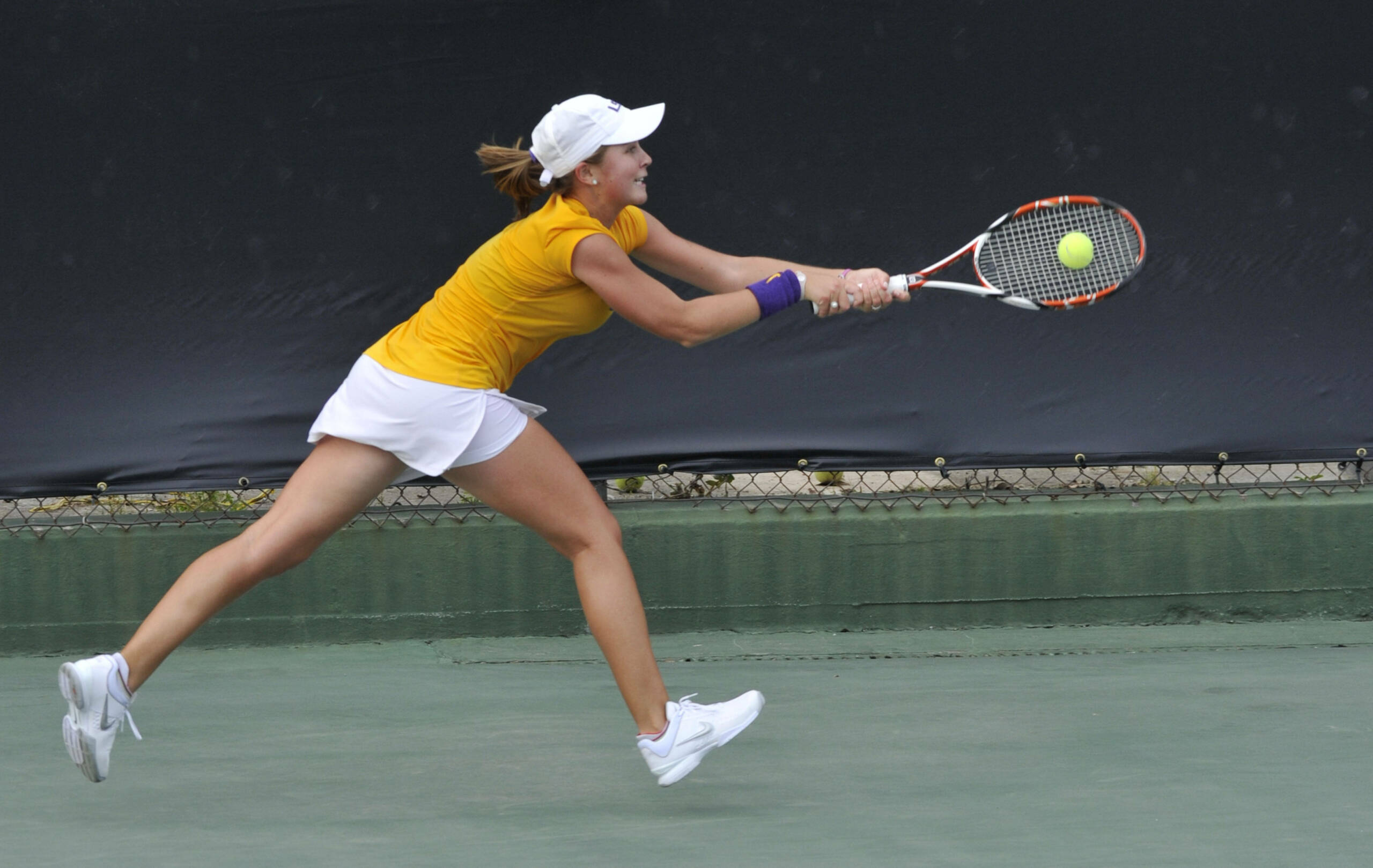 The Lady Tigers (10-11, 4-5 SEC) were shut out for the second-consecutive match and fell back below .500 in both conference and overall matches. Vanderbilt improved to 11-7 overall, 5-4 in the SEC.

“Vanderbilt played a great match today,” said LSU women’s tennis coach Tony Minnis. “However, I need to do a better job of preparing our team to play. We did not come out ready to play today and we are going to have to find a way to get back to playing the way we were earlier this season.”

Hoping to turn things around on the doubles courts, LSU’s Whitney Wolf and Kaitlin Burns were paired back together on Court 1. The Lady Tiger duo, however, were never able to get on track, falling behind 7-1 to Vanderbilt’s Rachael Dillon and Alex Leatu before dropping the match 8-3.

Moments earlier, Keri Frankenberger and Yvette Vlaar dropped their fifth-consecutive doubles match on Court 2. After building an early 1-0 lead, the LSU pair lost six of the next seven games as the Commodore twosome of Jackie Wu and Lauren Mira went on to take the match 8-3.

With the doubles point already decided, the Lady Tigers were able to salvage a victory on Court 3. Playing together for the first time, Olivia Howlett and Ariel Morton broke a 7-7 tie to knock off Keilly Ulery and Chelsea Preeg of Vanderbilt 9-7.

Unlike one week ago against Auburn, the Lady Tigers were unable to turn things around in singles play today. The Commodores took five of the first six opening sets to put LSU in a hole it was unable to climb out of.

Howlett won the first game of both sets against the Vanderbilt junior Wu. Unfortunately, the LSU junior was unable to sustain any type of momentum in either set, falling 6-1, 6-2.

Tied at 3-3 on Court 5, Dillon claimed the last three games against LSU’s Frankenberger to win the set 6-3. The second set unfolded in a similar fashion as Dillon broke a 2-2 tie and went on to take the set 6-2 and the match 6-3, 6-2.

LSU’s Wolf fell behind 5-1 to Leatu on Court 1. After cutting the lead to 5-3, the Vanderbilt ace took the final game to pick up the set 6-3. Wolf was unable to put up a fight in the second set as Leatu dominated on her way to a 6-3, 6-0 victory to give the Commodores the overall match win.

On Court 6, the Lady Tiger freshman Morton climbed out to a seemingly commanding 5-1 advantage in her first set with Ulery. The Vanderbilt senior, however, was able to come back to take the next six games to claim the set 7-5. Tied at 4-4 in the second set, Ulery proceeded to win the final two games to seize the match 7-5, 6-4.

Battling injury throughout the match, Wilson fell behind 5-2 to Mira of Vanderbilt on Court 4. After fighting back to force the match into a tiebreaker, the LSU sophomore was unable to complete the comeback, falling 7-6 (7-4). Mira carried her momentum into the second set, building a 5-1 lead on her way to claiming a 7-6 (7-4), 6-2 win to complete the match.

The Lady Tigers will close out their 2011 home schedule on Sunday at 1 p.m. at W.T. “Dub” Robinson Stadium. Fans are encouraged to arrive early as LSU senior Kylie Adamek will be honored prior to the match as part of Senior Day.