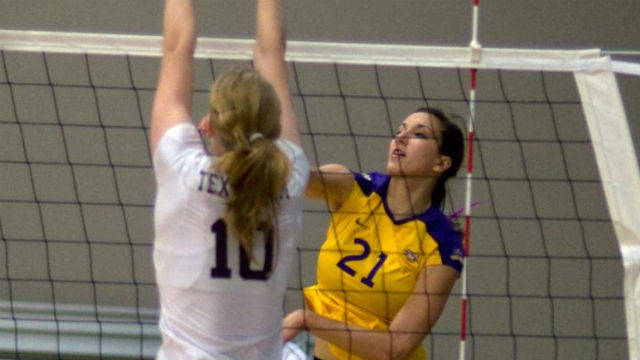 BATON ROUGE – The LSU volleyball team connected for a .336 team hitting percentage for the day and picked up sweeps over Auburn, Nicholls State and ULL during its spring tournament last weekend at the Maravich Center.

The Tigers swept all eight of their sets in dominating fashion as the opposition reached 20 points on only two occasions. Michele Williams led the way and powered home 27 kills on a .610 clip over the four matches.

“We did a fantastic job and executed the things we worked on in practice during the week and carried them over to the matches,” assistant coach Steve Loeswick said. “Our serving and passing set the tone. That allowed our offense to pick up the tempo and be very efficient the entire day. I also thought our back row players did a wonderful job of keeping the ball off the floor and made it extremely difficult for the other teams to get into an offensive rhythm.”

LSU concludes its spring season at Texas on April 16. The Tigers are one of only 18 programs nationally to qualify for the last six NCAA Tournaments dating back to the 2005 season.