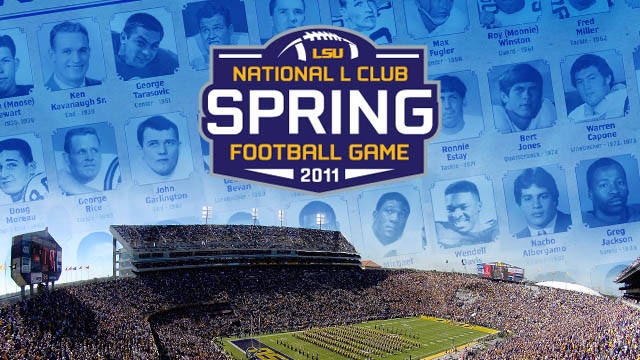 The autograph party, featuring numerous All-Americans and both past and current Tigers in the NFL, will take place starting at 1 p.m. in Lot A at Tiger Stadium.

“This is a one-of-a-kind event,” LSU assistant athletic director for marketing Craig Pintens said. “To be able to assemble this many former All-Americans and NFL players in one setting is a tribute to what LSU football means to these guys. We are trying to grow our spring game into a day-long event, one where the entire family can come out and really experience all of the things unique about LSU. We think this is a great opportunity to come out with your family and enjoy a great day on the LSU campus capped off with a preview of the 2011 Tigers.”

Kickoff for the National L Club Spring Game is set for 3 p.m.

The following is a list of former LSU players who have committed to participating in the autograph party on Saturday starting at 1 p.m. in Lot A at Tiger Stadium: