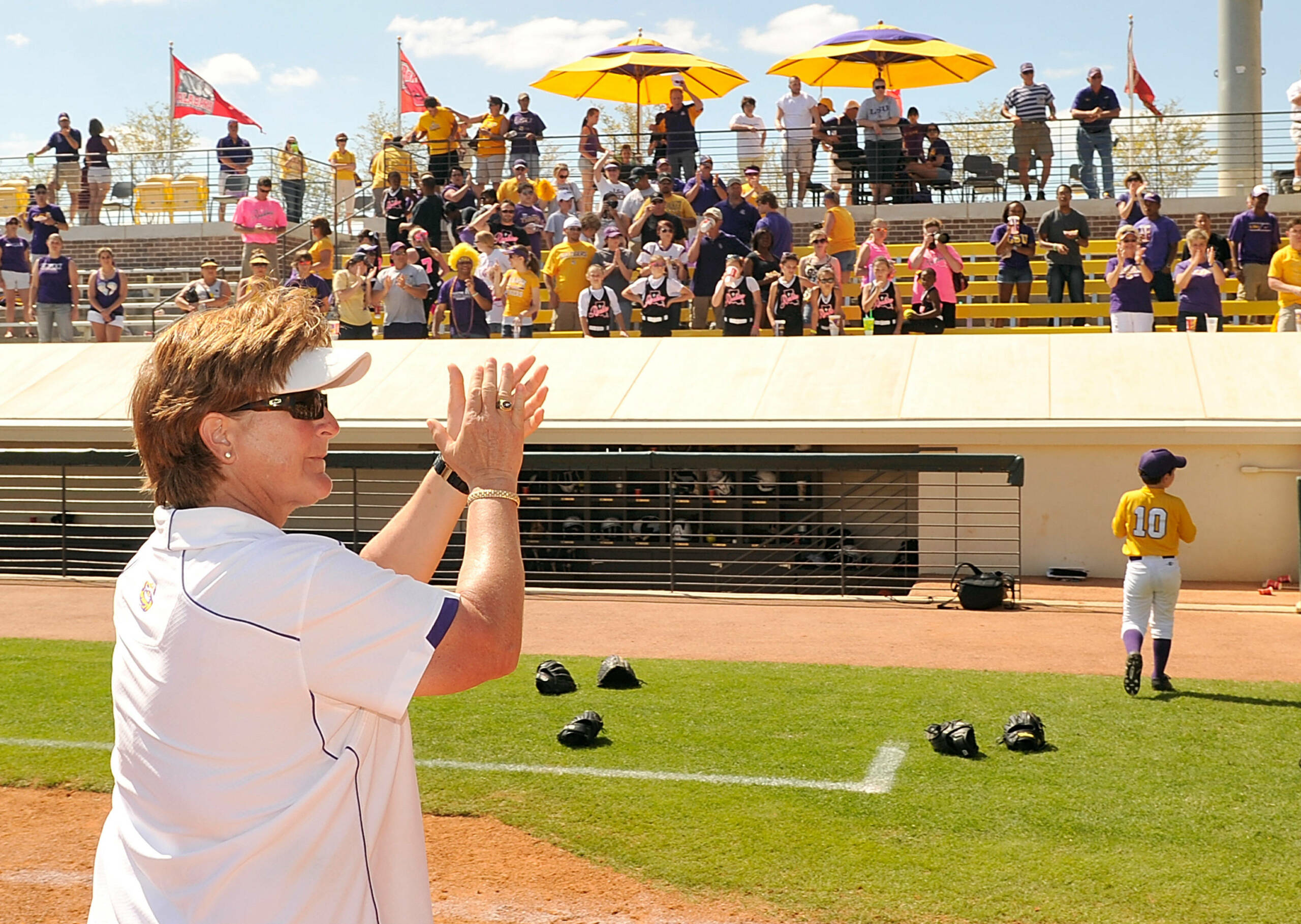 BATON ROUGE – Fresh off its first SEC sweep of the season at Arkansas, the LSU softball team carries a six-game winning streak into a Wednesday contest with Nicholls State. First pitch is slated for 6 p.m. at Tiger Park.

“We’ve already played Nicholls twice and know we can’t take anything for granted,” head coach Yvette Girouard said. “We can look back to the Arkansas series last weekend as an example where we had to scratch out a run to win that last game. Any time you play a 56-game schedule, we know that anything can happen when you step out on the field.”

Tammy Wray has notched a five-game hitting streak en route a team-best .304 batting average. She also has knocked a home run in three of her last four games and racked up nine RBIs over her last six outings to vault into the team lead with 25 for the season.

Anissa Young also has collected a five-game hitting streak. She picked up a RBI single to provide the game’s only run during the fifth inning of Sunday’s series finale at Arkansas. The Fontana, Calif., product has recorded a .278 hitting clip to go along with six homers and 23 RBIs.

Ashley Langoni has hit safely in eight of her last nine games and notched a career-best five RBI performance to open the Arkansas series. During the run, Langoni’s batting average has surged 60 points up to a .281 clip. She is third on the team with 22 RBIs.

Juliana Santos came away with seven hits in 12 plate appearances at Arkansas highlighted by a five-hit effort during the middle game of the series. Her five-hit game equaled a program single-game record held by Lauren Castle. The Newman, Calif., native has garnered 15 RBIs.

“We played very well at Arkansas and our big hitters were able to come through consistently,” Girouard said. “On offense, Santos, Langoni, Young and Wray all had some moments where they shined. Defensively, I’ve been impressed with how comfortable Tammy has got at third base. She’s making difficult plays look routine.”

LSU’s pitching tandem of Rachele Fico and Brittany Mack kept the Arkansas offense in-check with a .160 batting average for the weekend. Fico, the reigning LSWA Pitcher of the Week, tossed consecutive shutouts sparked by 11 strikeouts in the series finale, while Mack won her third straight outing to improve to 8-3 on the season.

Wednesday’s game will be carried live on ESPN 104.5 FM with Patrick Wright and Kent Lowe on the call. Fans also can follow live stats on www.LSUsports.net/livestats along with in-game updates via the program’s social media pages at www.Facebook.com/lsusoftball and Twitter.com/LSU_Softball.

The Tiger Park Ticket Booth will open Wednesday at 4:30 p.m. and fans can purchase tickets on-site starting at $5 for adult general admission.

In addition to being the fourth of five Weekday Worker games where fans can present their business card to receive a $3 general admission ticket, it also marks the program’s Teacher Appreciation Night. Teachers can pick up a $1 general admission ticket to the game when presenting their school identification card at the ticket booth.