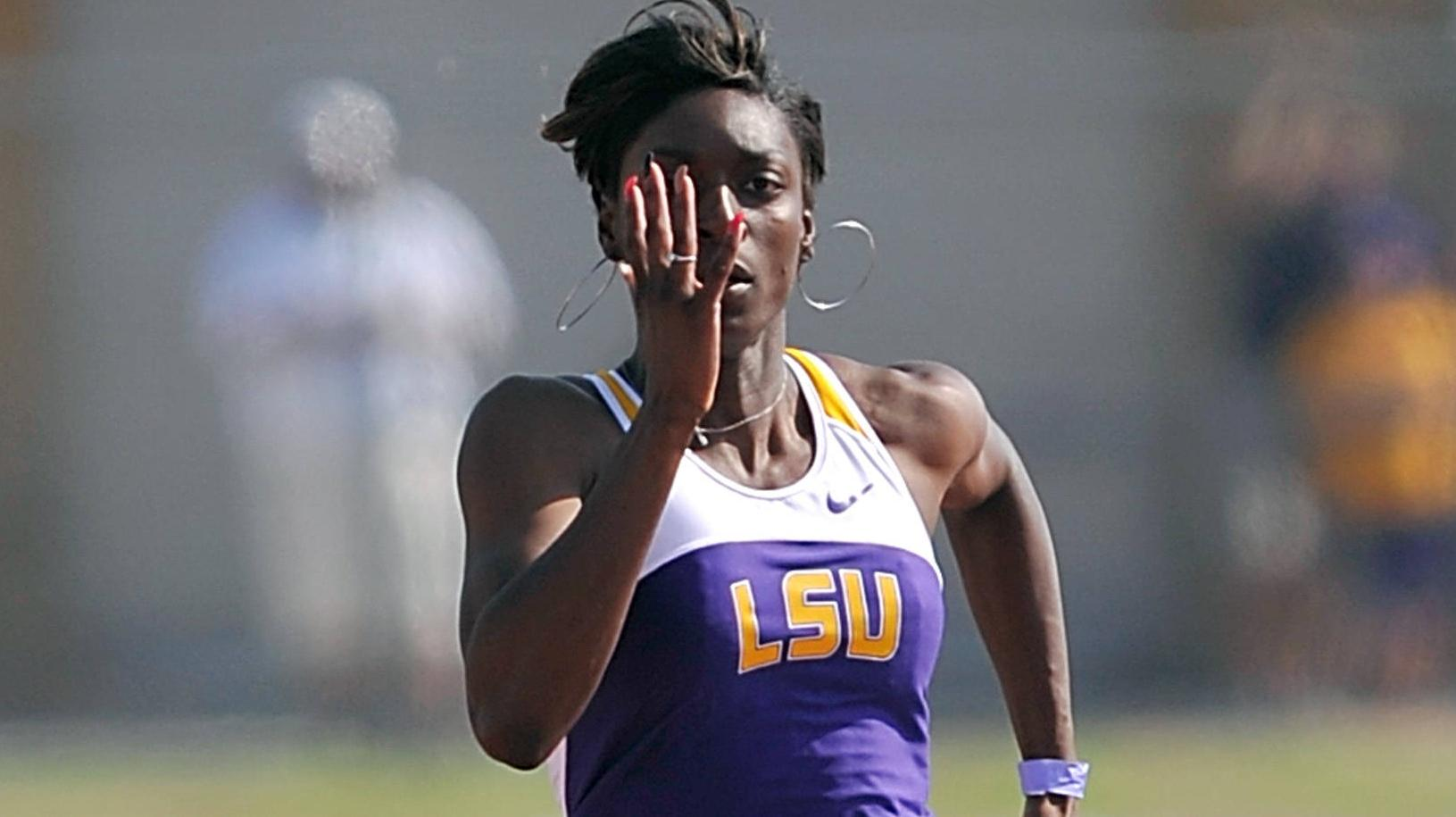 BATON ROUGE – Following a world-leading performance in the 200-meter dash in her 2011 outdoor season debut on Saturday at the LSU Invitational, Lady Tiger sophomore Kimberlyn Duncan received her first career SEC Female Runner of the Week honor on Tuesday afternoon.

Duncan, this year’s NCAA Indoor 200-meter champion, picked up right where she left off with her win at the NCAA Indoor Championships as she sped to an NCAA-leading and world-leading performance in her outdoor opener. In winning the women’s 200-meter dash title at the LSU Invitational, Duncan clocked her lifetime wind-legal PR with a time of 22.76 seconds at the Bernie Moore Track Stadium.

After wrapping up the 2011 indoor season with a previous lifetime PR of 22.78 set in capturing this year’s SEC Indoor crown, Duncan clocked 22.76 while running into a strong headwind of -1.0 on Saturday.

With her performance, Duncan is the No. 1-ranked sprinter worldwide for the 2011 outdoor season as that performance ranks just ahead of Olympic gold medalist Natasha Hastings of Nike. Hastings follows in the No. 2 position on the world rankings with a time of 22.77 (+1.7) set this weekend at the Florida Relays.

In addition, Duncan also set a new wind-legal personal record in a third-place finish in the final of the 100 meters on Saturday afternoon as her time of 11.31 finished behind junior teammate and fellow Lady Tiger All-American Semoy Hackett (11.23) and Texas A&M standout Jeneba Tarmoh (11.27). Saturday’s finals were run with a slight headwind measuring 0.3 meters per second.