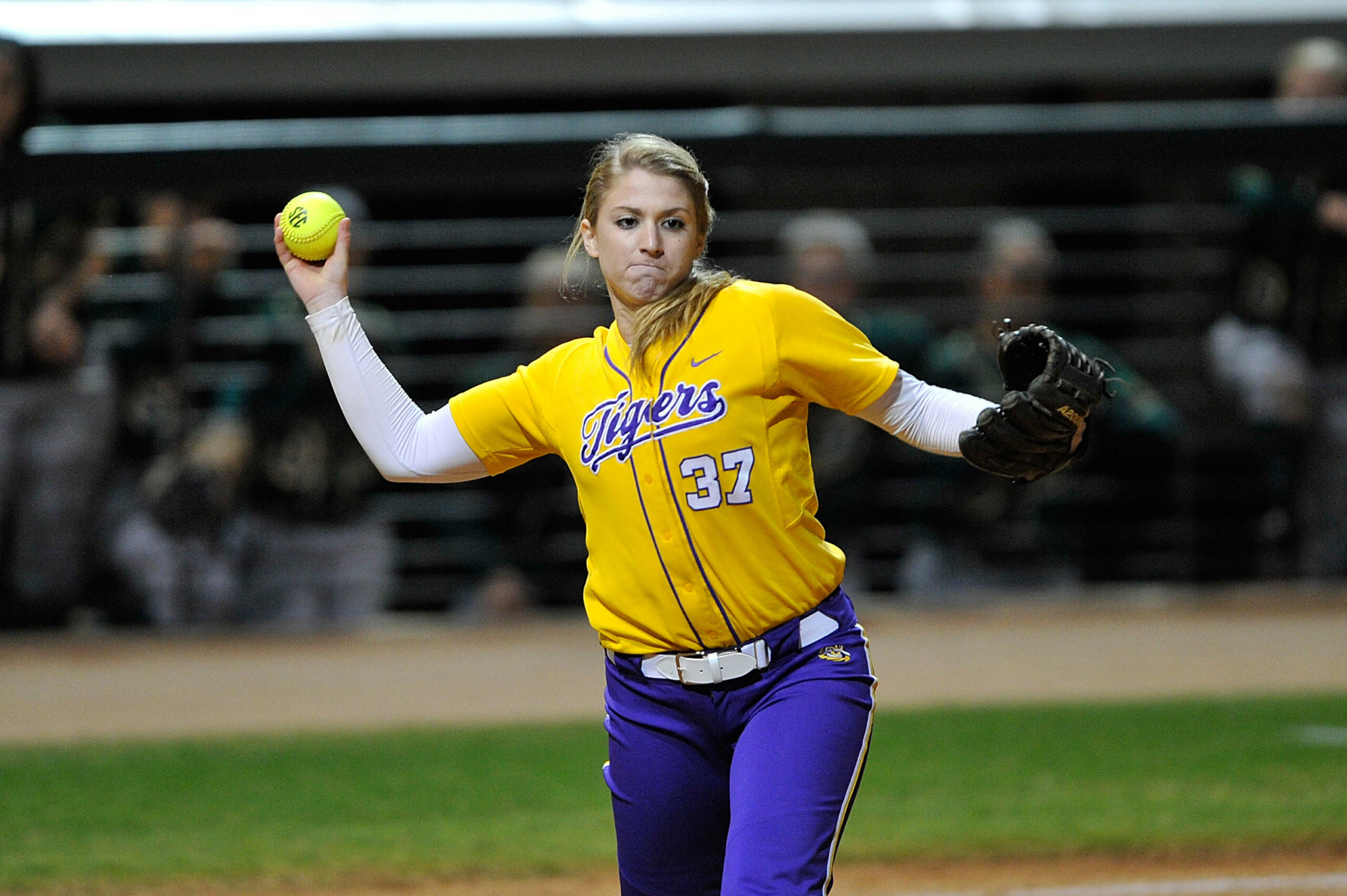 A senior catcher for the Wildcats, Thomas belted 13 hits over her 20 plate appearances sparked by three home runs, five doubles and 12 RBIs. She tallied hits and RBIs during the last five games of the weekend, including a 5-for-5 effort and four RBIs against Ozarks.

A sophomore hurler for the Tigers, Fico reeled off consecutive shutouts during LSU’s sweep over Arkansas. She recorded 16 strikeouts during her 14 frames of action and held the Razorbacks to a .146 hitting clip. In the series finale, Fico mowed down a batter in every inning en route to 11 Ks.

It’s the fourth weekly award for Fico and first for Thomas from the LSWA.