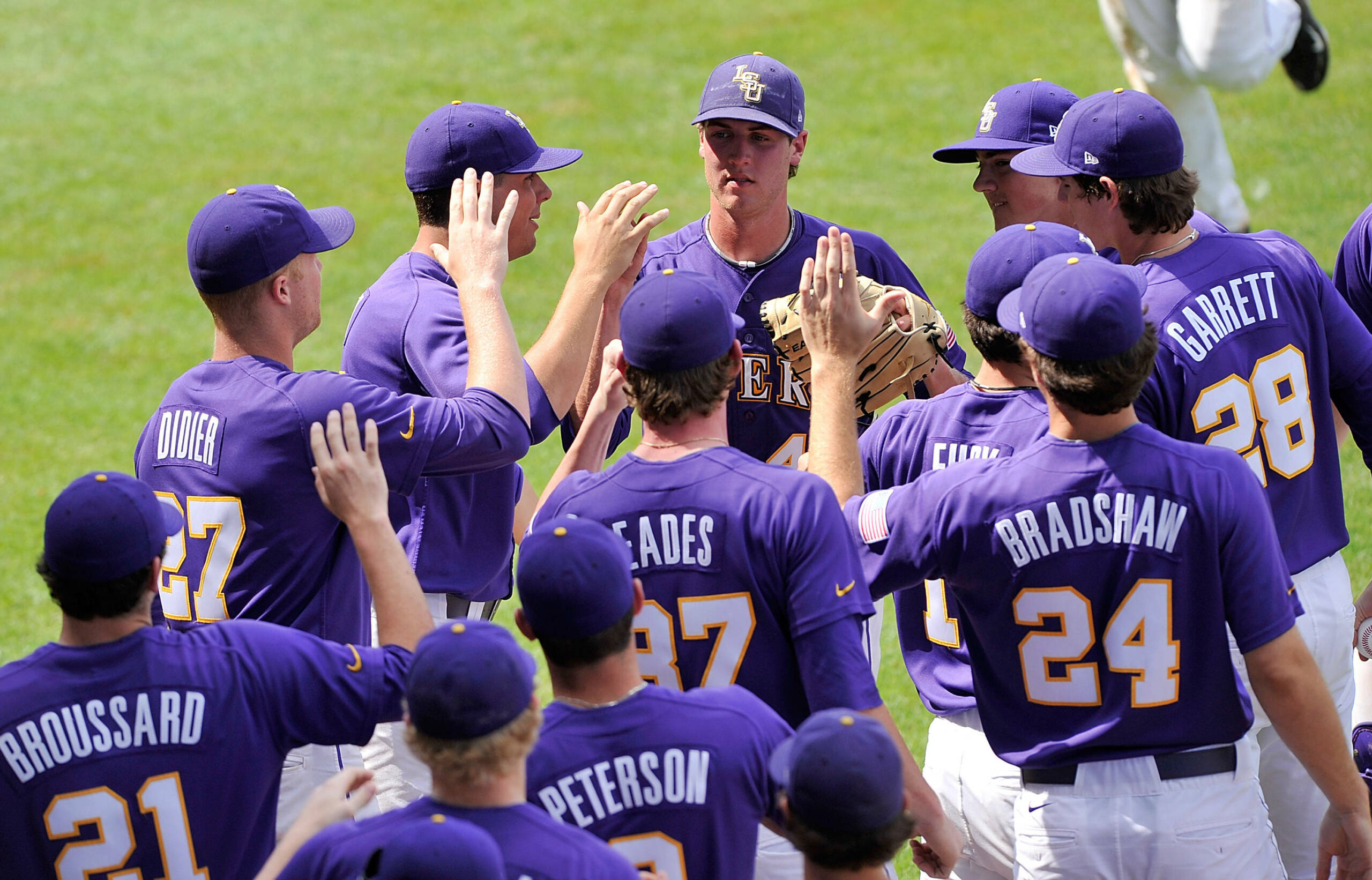 Ole Miss dropped to 19-10 overall and 4-5 in Southeastern Conference play with the loss.

Alsup’s eight-inning effort was a career-high game total as the right-hander improved to 4-3 on the season. He limited the Rebels to only two runs off eight hits and two walks and struck out four.

In addition to recording two hits and two RBI, Mahtook and Jones each scored a pair of runs and drew a walk. Mahtook also notched his third triple of the season and raised his season average to .404. Shortstop Austin Nola contributed two RBI as well, and designated hitter Raph Rhymes provided a pair of hits and runs out of the lead-off spot.

“Ben Alsup gave us a masterful performance today,” said LSU coach Paul Mainieri. “He made some extraordinarily good pitches in tough situations, and he displayed the poise of a seasoned veteran. I’m so proud of Ben; he’s a young man who’s grown up in our program and waited his turn, and now he’s making the most of his opportunity.

“I thought we played a great ball game in all phases today. Austin Nola outstanding at shortstop; aside from Ben, he might have been our most valuable player today. Mikie Mahtook was tremendous once again-  I’m just going to savor every day that I have remaining to work with Mikie, because he is definitely one of the best players I’ve ever coached.”

LSU capitalized on some Ole Miss defensive miscues in the bottom of the first inning to score three runs and take an early 3-0 lead.

With the bases loaded and no outs, Rhymes came home from third on a grounder by Mahtook. Rebels’ third baseman Preston Overbey touched third for the force out and then attempted to complete a 5-3 double play but made an errant throw to first, allowing Jones to score from second and Mahtook to move to third.

Nola drove in Mahtook in the next at-bat with an RBI ground out to short.

LSU added another run in the bottom of the second to go up, 4-0, when left fielder Alex Edward connected on his first homer of the season.

The Tigers pushed two more across in the third to claim a 6-0 advantage. Mahtook drilled a fly ball to the deepest part of the ballpark in center field to plate a run with an RBI triple, and Nola followed with an RBI single to left.

Ole Miss right fielder Matt Smith cut the deficit to 6-2 in the fourth with his two-run dinger to left center field. However, LSU struck back with two more runs in the bottom of the frame when Jones singled in a pair of runs to regain a six-run advantage at 8-2.

Meanwhile, Alsup continued to contain the Ole Miss bats on the mound for the Tigers. After giving up two runs in the fourth, the senior hurled four consecutive scoreless innings. Right-hander Matty Ott closed out the game with a scoreless ninth.

Ole Miss starter Austin Wright (3-3) was charged with the loss after giving up eight runs (five earned) off eight hits and a walk in 3.1 innings.

LSU will make the short trek to New Orleans on Tuesday to face in-state foe Tulane at 6:30 p.m. CDT in Turchin Stadium.