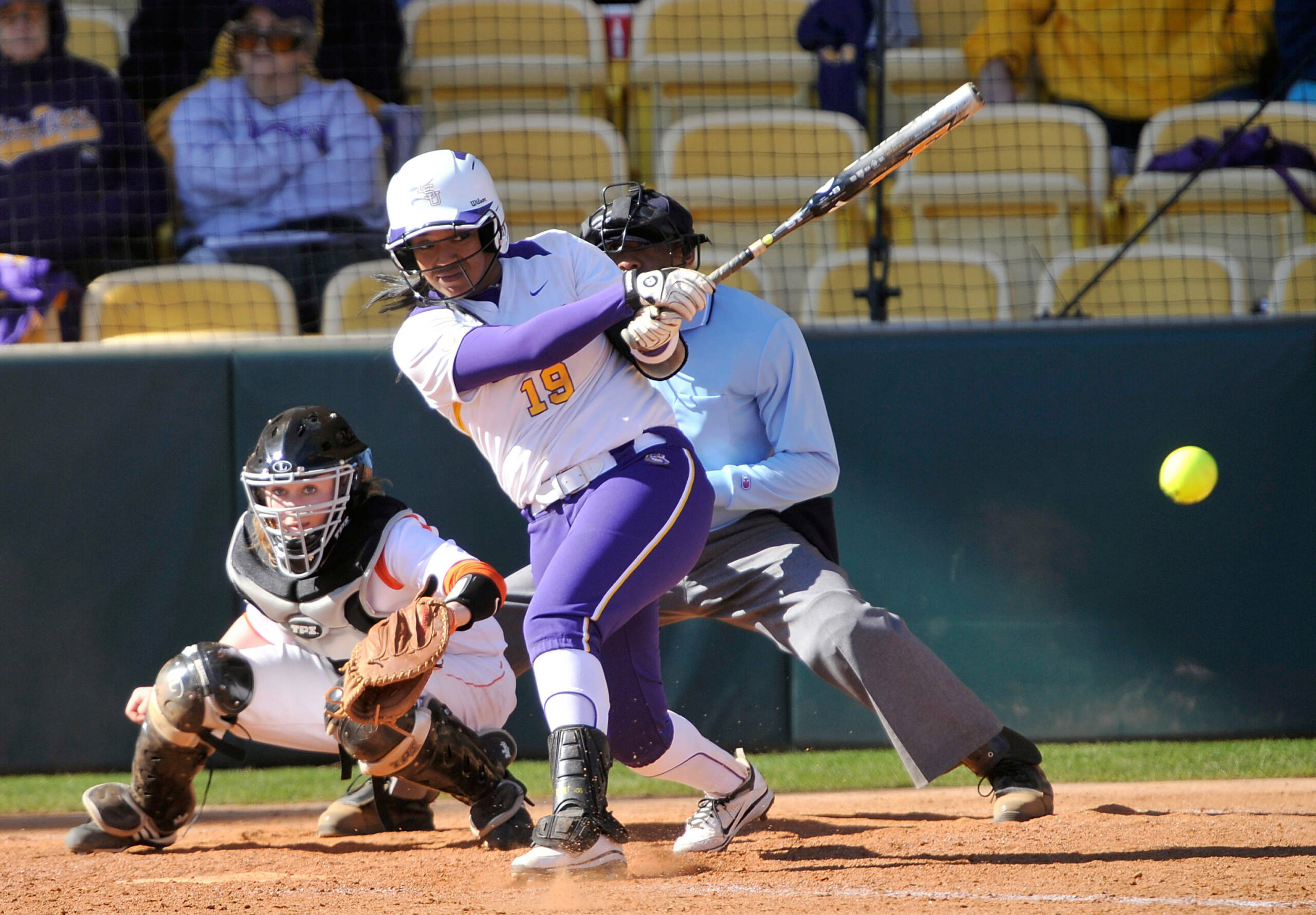 The Tigers (21-12, 5-6 SEC) picked up their sixth straight victory behind Fico’s second straight shutout. The sophomore right-hander recorded a strikeout in every frame and surrendered only a trio of singles to advance to 7-8 on the season.

“Rachele threw awfully hard and was extremely effective in the circle. That was a vintage Fico performance with the ball jumping around and her being in complete command of all her pitches,” head coach Yvette Girouard said. “The defense played outstanding behind her, and we were able to scratch a run out. Arkansas played much better today, and we’re happy to leave here with the sweep.”

LSU manufactured the game’s only run during the fifth inning. Simone Heyward drew a leadoff walk and moved to third base on a pair of Juliana Santos and Ashley Langoni ground balls. On the first pitch of the at-bat, Anissa Young cranked a single to centerfield to give LSU a 1-0 edge.

Both Young and Tammy Wray pushed their hitting streaks to five games for the Tigers.

“Anissa was the offensive hero today, but everyone in the heart of the order had their shining moments over the weekend. It’s great to see the power hitters swinging the bat well and get Santos, Langoni, Young and Wray clicking at different points during the series.”

Fico found her groove and retired 14 consecutive batters following a leadoff single in the second inning. She reached double-digit Ks for third time this season.

“We came in with the plan of getting three wins and did whatever it took to get them,” Young said. “Things don’t always go our way. We have make things happen and take advantage of opportunities when they present themselves.”

LSU opens a stretch of six of its next seven games at Tiger Park with a Wednesday tilt against Nicholls State. First pitch is slated for 6 p.m. and will be carried live on ESPN 104.5 FM with Patrick Wright and Kent Lowe on the call.

Live video, live audio and live stats also are available in the Geaux Zone on LSUsports.net along with in-game updates via the program’s social media pages at www.Facebook.com/lsusoftball and www.Twitter.com/LSU_Softball.