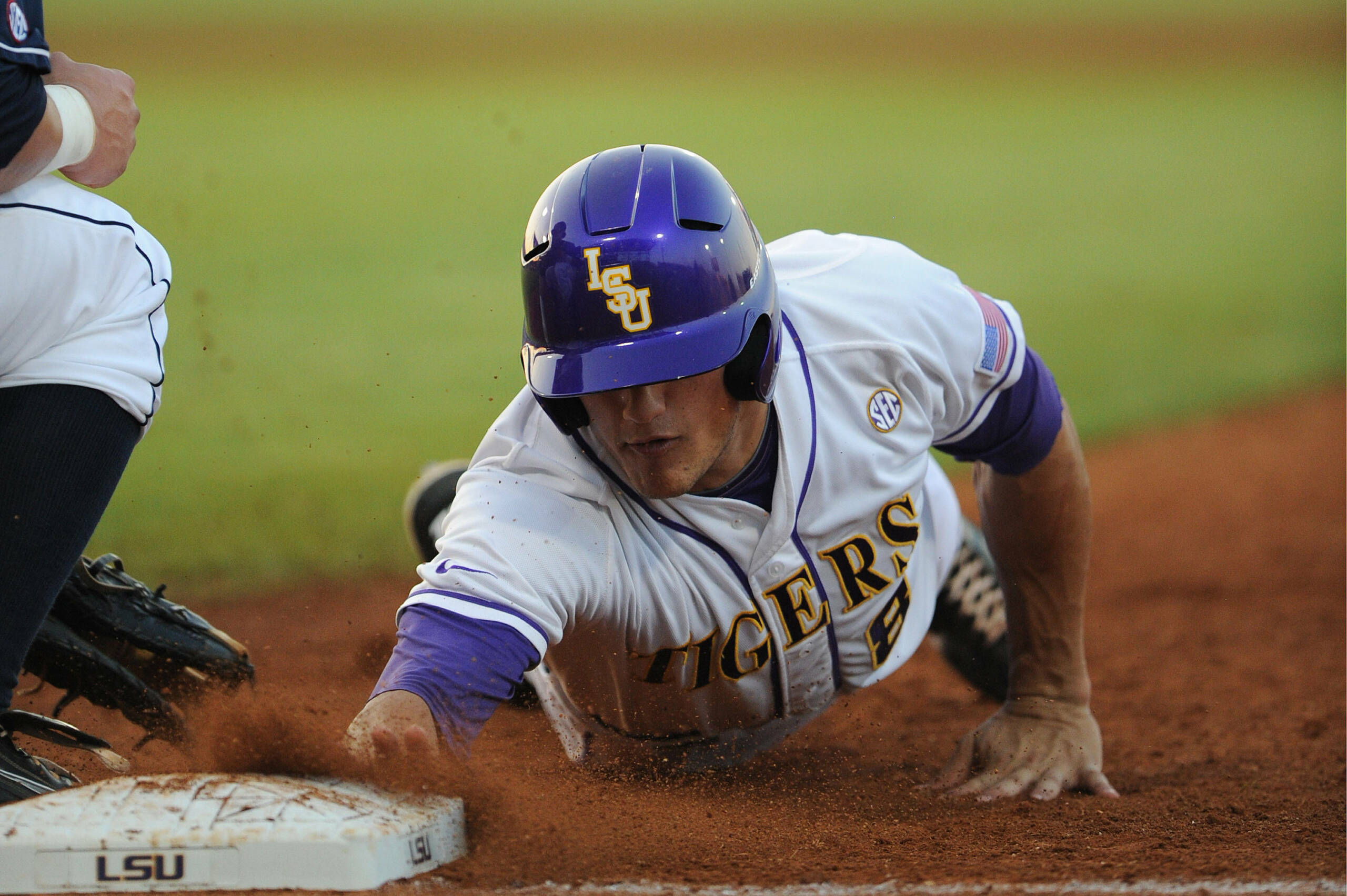 The Rebels (19-9, 4-4 SEC) recorded a nine-run seventh inning to highlight the victory.

Game 3 of the series will begin Sunday at 1 p.m. CDT. Live video, audio and stats of the game may be accessed in the Geaux Zone at www.LSUsports.net/live. The contest can also be heard on the affiliates of the LSU Sports Radio Network.

Goforth (1-4) earned his first victory of the season as the right-hander allowed only seven hits and two walks and struck out six. LSU starter Kevin Gausman (2-3), who surrendered six earned runs off six hits and two walks in 2.1 innings, was charged with the loss.

“I told our team this was a game we have to put behind us and move forward,” said LSU coach Paul Mainieri. “We have an opportunity to win this series tomorrow, and that was our focus as soon as this game was over.”

Ole Miss notched four runs in the top of the second inning to take an early 4-0 lead. First baseman Miles Hamblin lined a base hit into center to score two, and Mathis drove in another on an RBI single up the middle. Hamblin later came home on a wild pitch for the fourth run of the frame.

The Rebels added two more runs in the top of the third to go up, 6-0. Right fielder Matt Smith doubled in a run, and designated hitter Matt Snyder brought Smith home on an RBI single to right.

LSU got a run back in the bottom of the third to cut the deficit to 6-1 when Dozar connected on a solo shot over the right field wall.

Ole Miss put another run on the scoreboard in the fourth to claim a 7-1 advantage as LSU sacrificed a run with runners on the corners for a 4-6-3 double play.

LSU sophomore Beau Didier, pinch-hitting for left fielder Alex Edward, came through with a clutch, RBI single with two outs in the sixth to reduce the Rebels’ lead to 7-2.

However, the Rebels busted the game open with a huge nine-run seventh to emerge with a commanding 16-2 advantage. Catcher Taylor Hightower, third baseman Preston Overbey and Mathis each delivered two RBI apiece, and Yarbrough capped off the Rebels’ big inning with a three-run dinger to right.

Following Goforth’s departure, the Rebel duo of Bobby Wahl and Blair Wright combined to allow only one run and one hit in the final three innings.

LSU right-handers Daniel Bradshaw and Tyler Jones combined to hold the Rebels scoreless over the final 2.2 innings. Bradshaw fired 1.2 scoreless frames and fanned two, while Jones retired the side in the ninth.