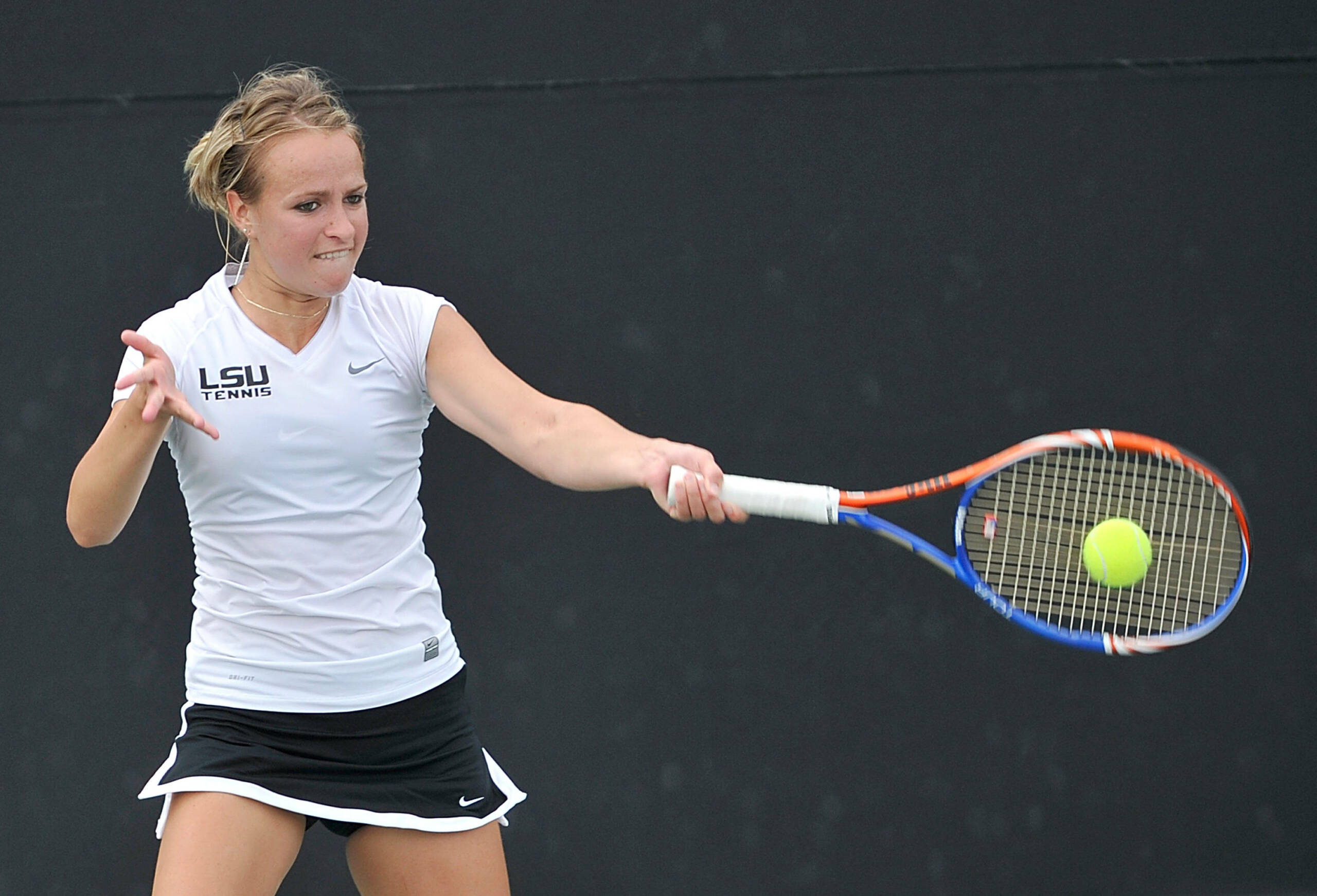 BATON ROUGE – The LSU women’s tennis team continues its SEC weekend road trip when it travels to Tuscaloosa to face No. 35 Alabama on Sunday at 1 p.m. CDT.

The Lady Tigers (10-9, 4-3 SEC) enter play on Sunday fresh off defeating Auburn 5-2 on Friday and are currently in sole possession of first place in the SEC Western Division, one-half match ahead of Alabama. The Crimson Tide (10-5, 3-3 SEC) have won three-consecutive SEC matches including a 4-3 defeat of No. 15 Arkansas on Friday in Tuscaloosa.

“Alabama is another great opponent,” said LSU women’s tennis coach Tony Minnis. “We need to continue the way we have been playing in singles while we must improve our play on the doubles courts. This match is extremely important in the SEC Western Division race, so we need to come out ready to play from the start.”

Courtney McLane drives Alabama on the singles courts. The junior holds an 8-5 spring record including a 4-2 clip in conference play. She is currently riding a three-match winning streak and is coming off a 6-4, 6-1 defeat of Arkansas’ Kate Lukomskaya on Friday.

Sophomore Antonia Foehse has put together a 9-5 spring record while playing primarily out of the No. 5 position for the Crimson Tide. She is the squad’s hottest singles player, having won four-consecutive matches entering play on Sunday.

Foehse teams with freshman Mary Anne Macfarlane on Court 3 in doubles competition. The pair has compiled a perfect 11-0 record this spring with six of those wins coming in conference play. They went 11-5 during the fall season and are riding a 13-match win streak.

LSU rebounded from a difficult time on the singles courts last weekend by winning five singles matches on Friday against Auburn. The Lady Tigers were led by sophomore Ebie Wilson who came back from injury to defeat Plamena Kurteva of Auburn 6-4, 6-4. With the victory, she improved her spring record to 12-3 and 4-2 in conference action.

Freshman Yvette Vlaar snapped her two-match losing streak by knocking off Auburn’s Maria Arechavaleta 6-3, 6-2. The Netherlands native is now second on the team with nine victories this spring. She has only lost three times in her last 12 matches with two of those defeats coming in three sets.

Live stats will be provided for Sunday’s match and can be followed at www.LSUsports.net/livestats.

LSU will return home for its final two home matches next weekend, beginning with a matchup against No. 20 Vanderbilt on Friday at 3 p.m.