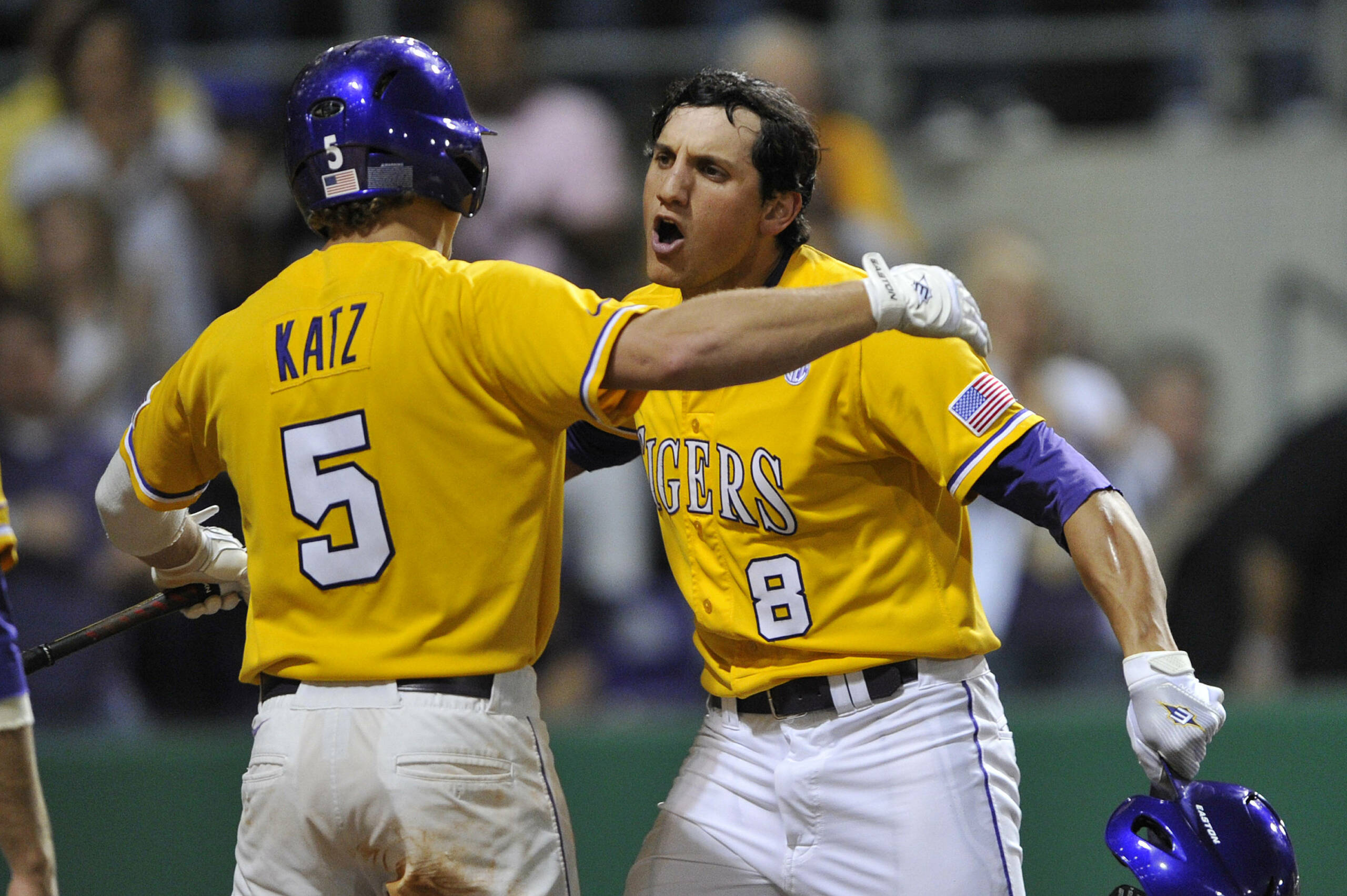 BATON ROUGE — LSU center fielder Mikie Mahtook batted 4-for-4 and launched a pair of home runs to spearhead the 16th-ranked Tigers to a 7-6 victory over Ole Miss (18-9, 3-4 SEC) in Game 1 of the weekend series Friday night at Alex Box Stadium.

LSU (19-7, 2-5 SEC) gave Ole Miss ace Matt Crouse (6-1) his first loss of the season as the Tigers touched up the Rebels’ starter for seven runs (six earned) off 10 hits. The junior had only surrendered six earned runs on the entire season prior to the outing.

Game 2 of the series will begin Saturday at 6:30 p.m. CDT. Live video, audio and stats of the game may be accessed in the Geaux Zone at www.LSUsports.net/live, and can also be heard on the affiliates of the LSU Sports Radio Network.

In addition, the contest will be televised by Cox Sports Television.

Fellow right-hander Kevin Berry also continued to impress as the sophomore hurled two scoreless frames at the end of the game to preserve the victory and earn his second save of the season. The Metairie, La., native gave up only one hit on an infield single, fanned two and lowered his earned run average to 0.71.

Mahtook pushed his home run total to 10 on the season and tied his career highs in both hits and homers in a game. Designated hitter Raph Rhymes, left fielder Alex Edward and third baseman Tyler Hanover also contributed an RBI apiece in the victory.

“Mikie Mahtook demonstrated why he is one of the best players in the country,” said LSU coach Paul Mainieri. “He has shown so much maturation at the plate as evidenced by two opposite-field home runs, and he made some great plays in center field. He just took our team and carried it on his shoulders tonight.

“Kurt McCune gave us another great outing. This is the fourth week in a row he’s been matched up against one of the best pitchers in the country, and each time he’s been tremendous. Overall, this was a great team win as we had a lot of players make huge contributions.”

Mahtook sent a solo shot to the opposite field in the bottom of the second to give the Tigers an early 1-0 lead.

Ole Miss struck back in the top of the third with two runs to take a 2-1 advantage. Second baseman Alex Yarbrough brought a run home on an RBI double, and left fielder Matt Tracy drove in the second on an RBI single.

Rebels’ designated hitter Matt Snyder put the Rebels up, 3-1, in the fourth with a solo homer to right field.

However, the Tigers responded in the bottom of the fourth with two runs to tie it at 3-3. Mahtook delivered his second opposite field dinger of the game to lead off the frame, and Edward drove in a run on an RBI fielder’s choice.

LSU put together a big sixth inning with four runs to regain a 7-3 advantage. After back-to-back singles from Edward and catcher Ty Ross, Rhymes brought home a run on an RBI grounder to second, and Hanover followed with an RBI single up the middle. Second baseman JaCoby Jones then singled, and Mahtook plated Hanover with a base hit to right.

Following his RBI single, Mahtook attempted to take second on the fielder’s choice throw to the plate, and an errant throw by Ole Miss catcher Taylor Hightower allowed Jones to score.

Ole Miss cut the deficit to 7-6 with three runs in the eighth highlighted by a two-run triple from first baseman Miles Hamblin.

However, Berry put an end to the Ole Miss rally, retiring six straight Rebel hitters in the eighth and ninth.