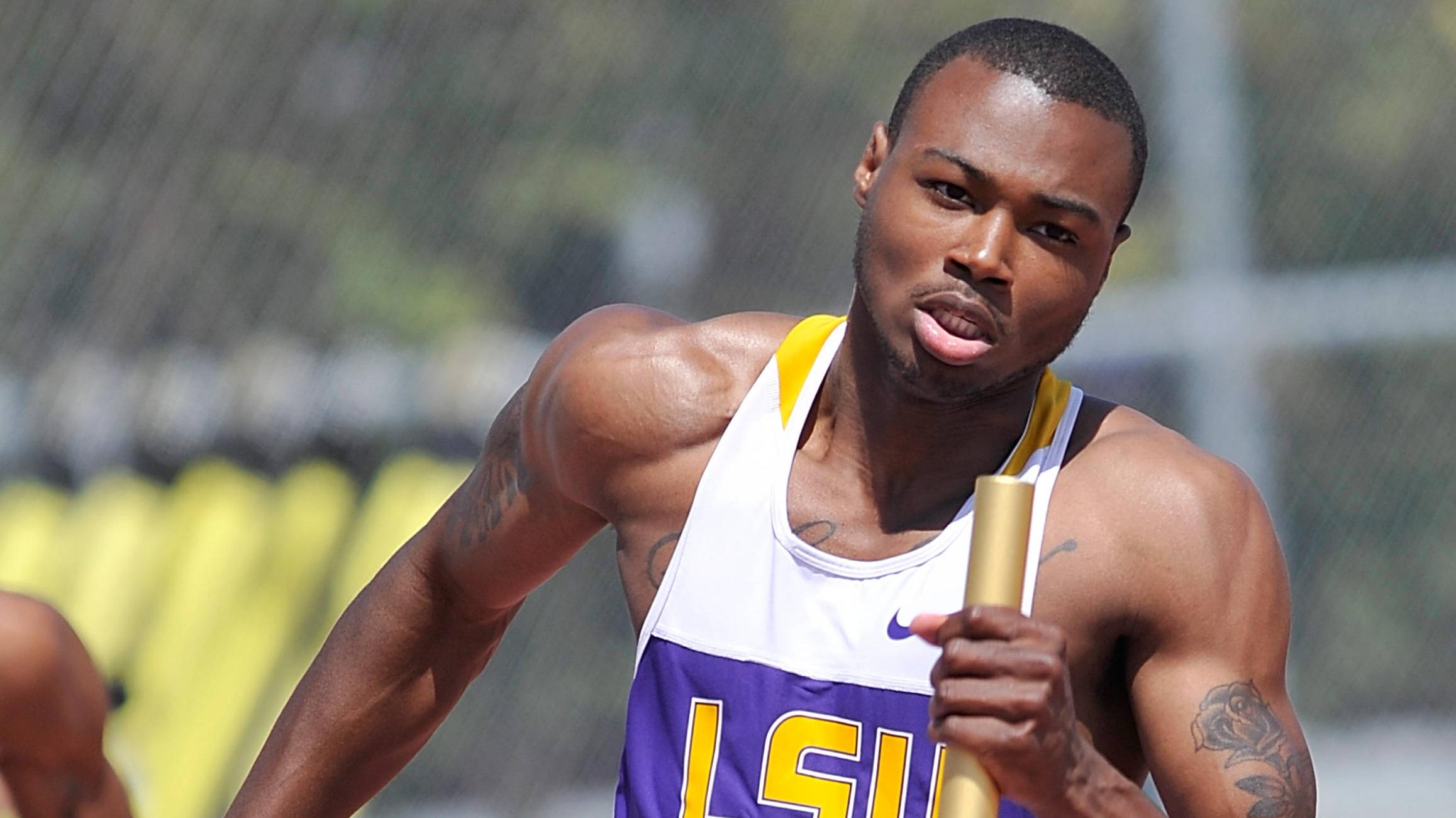 BATON ROUGE – The LSU track and field teams are sure to step up their level of competition Saturday as they welcome five programs from across the country to the new-look Bernie Moore Track Stadium for an exciting scored competition with the inaugural LSU Invitational.

The Tigers and Lady Tigers will be joined by the likes of two-time defending men’s and women’s NCAA Outdoor champion Texas A&M, Illinois, Iowa, Connecticut and Army in a world-class competition.

The afternoon session will begin at 2 p.m. CDT at the Bernie Moore Track Stadium following an opening ceremony, while the team champions at the inaugural LSU Invitational will be crowned immediately after the running of the 4×400-meter relays at approximately 5:30 p.m.

The morning session is scheduled to begin at 10 a.m. with the women’s javelin on the west runway, while the field events will continue through the men’s hammer throw at 3:30 p.m.

Teams will be competing with the standard NCAA Championships scoring format of 10-8-6-5-4-3-2-1, as 10 points will be awarded to the first-place finisher down to one point being awarded to the eighth-place finisher in each individual event. In addition, one relay for each squad entered in the meet will be allowed to score in both the 4×100-meter relay and 4×400-meter relay.

Live results and live scoring updates from the meet can be found online at LSU’s official athletics website at LSUsports.net. Fans also have the chance to receive live updates from the meet by becoming a fan of the official page of the LSU Track & Field program on Facebook at www.facebook.com/lsutrackfield and by following @LSUTrackField on Twitter at twitter.com/lsutrackfield.

Twitter users are invited to join in the conversation throughout the LSU Invitational by not only following @LSUTrackField, but also by using the Twitter hashtag #lsuinv in their tweets.

“We’re very excited to have the opportunity to host five quality programs such as this in a scored meet on Saturday,” said LSU head coach Dennis Shaver. “This is really what collegiate track and field is all about as we have the chance to compete as a team against some of the elite programs from across the country.

“It’s not often that we have that chance before competing at the SEC and NCAA Championships. We feel like this is just the start of a great new tradition for us here at the Bernie Moore Track Stadium.”

The inaugural event will feature an impressive field of athletes with five reigning NCAA individual event champions and three reigning NCAA relay champions crowned during either the 2010 outdoor season or 2011 indoor season. In addition, nine athletes and six relays teams that are set to compete have finished in the top three for an event at the NCAA Championships over the past year.

Scheduled to make their 2011 outdoor season debut for LSU during Saturday’s competition are this year’s NCAA Indoor champions Walter Henning and Kimberlyn Duncan.

Henning, who successfully defended his national crown in the 35-pound weight throw with his title at the NCAA Indoor Championships back on March 12, will compete in the hammer throw for the first time this weekend. He is also the defending NCAA hammer champion following his victory as a junior in 2010.

Duncan, a sophomore from Katy, Texas, captured her first career national championship this season at the NCAA Indoor meet with her victory in the women’s 200-meter dash. After setting a lifetime personal best of 22.78 seconds in the event in winning the SEC Indoor crown, Duncan clocked 22.85 in her last race for 200 meters in the national final as she prepares to compete in the event for the first time outdoors.

Texas A&M also features a pair of NCAA Indoor champions who are scheduled to open up outdoors with their events on Saturday as seniors Demetrius Pinder and Jessica Beard swept men’s and women’s NCAA Indoor titles in the 400-meter dash earlier this month at the national meet.

In what is sure to be one of the most anticipated matchups of the meet, LSU junior Barrett Nugent will go head-to-head with Illinois junior Andrew Riley for the crown in the men’s 110-meter hurdles.

The men’s 110-meter hurdles features the two most dominant sprint hurdlers in the NCAA in the past two seasons as Nugent has finished as the national runner-up to Riley at the NCAA Championships in the 110 hurdles outdoors in 2010 and in the 60 hurdles indoors earlier this month.

The relay events are sure to provide fireworks throughout the afternoon as Texas A&M features three title teams at the NCAA Championships. The Aggie women are the defending NCAA champions in the 4×100 relay after taking the title in 2010, as well as the reigning NCAA Indoor champions in the 4×400 relay for the 2011 season. The Aggie men have also captured a pair of national crowns in the 4×400-meter relay for the 2010 outdoor season and 2011 indoor season.

LSU will look to take down the Aggies in both the 4×100-meter relay and 4×400-meter relay on Saturday as they are also among the NCAA title favorites on both sides this outdoor season.

“What’s most impressive about this meet is the level of competition that we will see tomorrow afternoon, which will give us a good idea of where we are as a team at this time of year,” Shaver said. “We’re going to have NCAA champions and All-Americans in just about every event during the meet, which will make for an exciting scored competition for everyone involved.”

After hosting the LSU Invitational on Saturday, the Tigers and Lady Tigers will hit the road with their trip to Austin, Texas, to compete in the prestigious 84th Clyde Littlefield Texas Relays being held April 7-9 at Mike A. Myers Stadium on the campus of the University of Texas.