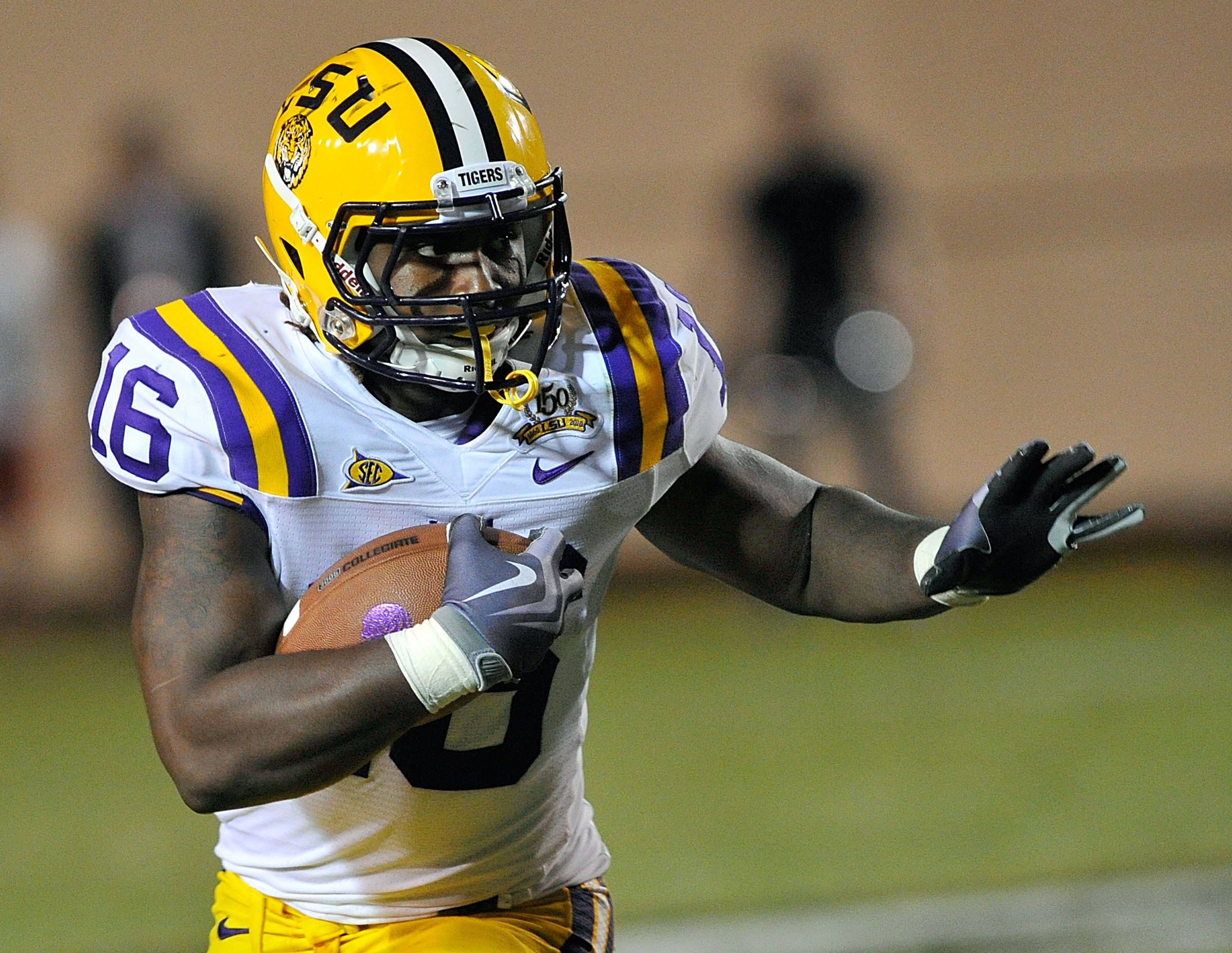 BATON ROUGE – LSU continued to prepare for next week’s Cotton Bowl matchup with Texas A&M with a workout in full pads indoors at the Charles McClendon Practice Facility on Wednesday afternoon.

LSU will face the Aggies on next Friday, Jan. 7 at 7 p.m. in Cowboys Stadium in Arlington for the 75th annual AT&T Cotton Bowl. It will be the first meeting between the teams since 1995 when the Aggies posted a 33-17 win over LSU in the season-opener. LSU brings a 10-2 overall mark into the Cotton Bowl, while the Aggies, winners of six straight, are 9-3 overall.

With just over a week until kickoff between the Tigers and the Aggies, LSU will go through a game-like scrimmage on Thursday before taking Friday off. LSU will hold a light workout on Saturday morning before departing for Dallas.

“I like our practices,” head coach Les Miles said following Wednesday’s session. “They’ve been physical in nature and we are making them fast paced. I think we are making progress. Tomorrow we’ll get a better idea of just how far along we are once we go through the scrimmage.”

Miles said that most of the game plan for the Texas A&M contest has already been installed and that once the team arrives in Dallas, it will be a matter of fine-tuning the plan.

One area of focus for the Tigers has been getting some of the young running backs ready to play due to Stevan Ridley‘s status. LSU will look to redshirt freshman Michael Ford, true freshmen Alfred Blue and Spencer Ware, along with senior Richard Murphy to share snaps in Ridley’s absence.

“I think we will be good enough there,” Miles said of the players who will be taking over the load at running back. “I like our guys, we are talented and have ability but we would certainly like No. 34 (Ridley) out there too.”

The only thing I can tell you is the responsibility of the position is to play well enough to win. That is what we have done here, we have recruited good players and when we turn to the backup we expect them to go in and give us exactly what the starter gives us.”

Miles said that the Tigers will continue to operate the offense in the same manner, with or without Ridley, and that it’s unlikely that there will be any changes to the offensive scheme come kickoff.

“The one thing we have done in my mind is we have done the same things we have done during the season,” Miles said when asked about changing up the offense on previous bowl trips. “When you take No. 34 out of the mix, we have a lot of young backs. For us to spend a lot of time on a bunch of new things would be counterproductive. You have a game to represent the entire season, and to take away from those things we did during the fall I don’t know if that is wise.”

Not all of the bowl practice has been dedicated the game as the Tigers have spent time each workout allowing for some of those players who are redshirting to get practice snaps. Miles said he’s been pleased with what he’s seen from some of the younger players during bowl practice.

“I think our young offensive line has gotten better,” Miles said. “I think J.R. Ferguson certainly is getting better and better. I think there is a good quality group of guys there. Jakhari Gore we are certainly looking forward to seeing what he can do. There are a number of guys we are looking forward to watching play.”

Practice Plans: It will be, without a doubt, the nicest and most expensive facility that an LSU football team has ever practiced in as the Tigers will workout each day at the billion dollar Cowboys Stadium. LSU will practice during the afternoon, while the Aggies will have the morning practice slot.

Ushering In 2011: Coach Miles will give the Tigers off from practice on Friday but the Tigers will usher in the New Year as a team with a gathering in the Stadium Club in Tiger Stadium on Friday night. There will be an early wakeup call on Saturday as the Tigers will hold a light workout on Saturday morning before departing for Dallas just after lunch that day.