Turnbow Lifts Lady Tigers to Upset at No. 9 UCLA 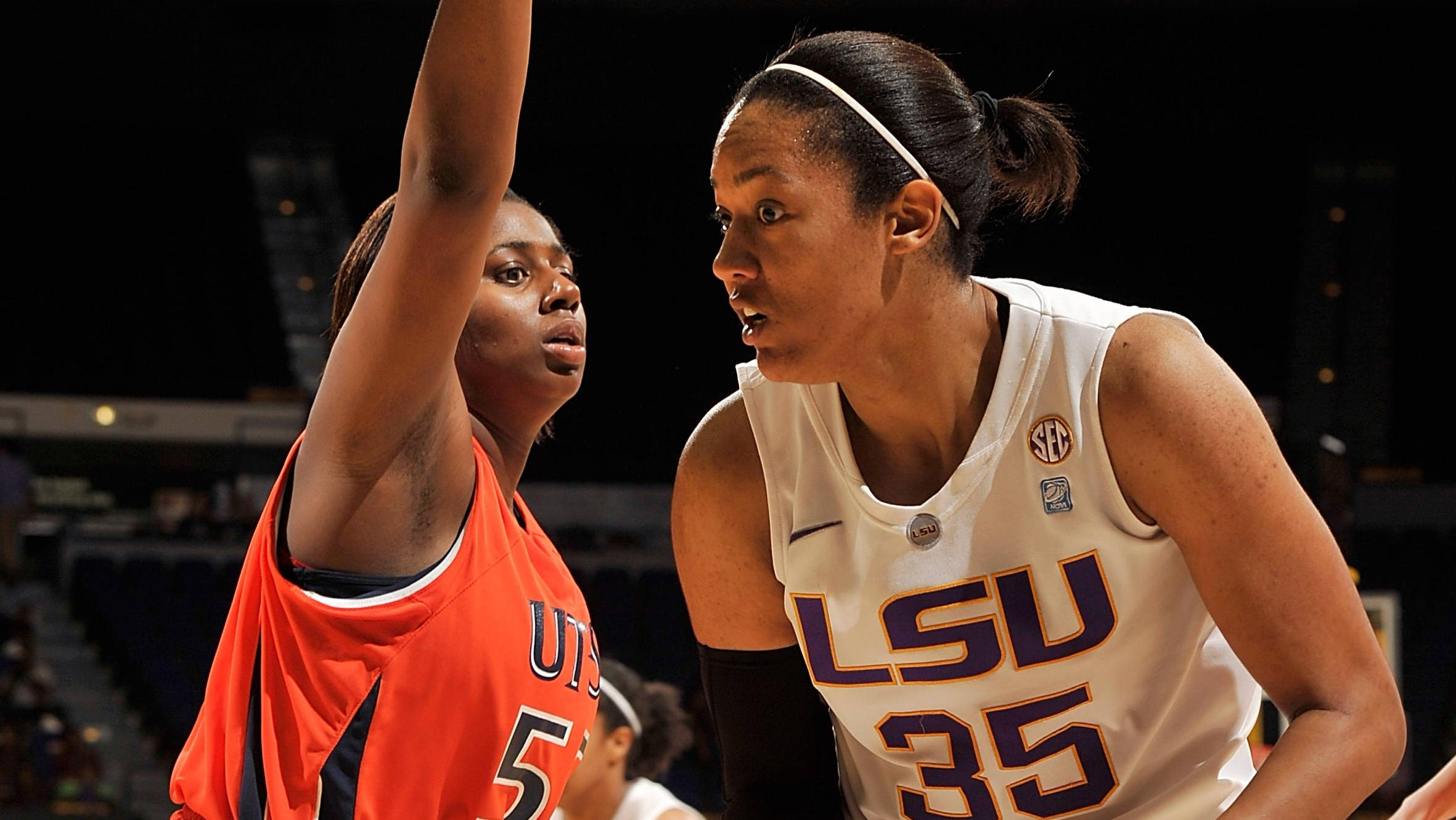 LOS ANGELES — Taylor Turnbow scored a career-high 18 points and buried a game-winning six-foot jumper with 15 seconds left to lift the LSU women’s basketball team to its sixth straight win with a 55-53 upset of previously unbeaten No. 9 UCLA on Tuesday night in Pauley Pavilion.

The Lady Tigers (10-4) beat a top-10 ranked team for the first time since defeating ninth-ranked Florida on Feb. 15, 2009. It was also the first non-conference regular season win over a top-10 team for LSU since besting No. 4 Ohio State, 64-48, on Dec. 15, 2005 in Columbus. The Lady Tigers capped a perfect December with one of the program’s most signature victories.

“It was a big win for us, a monumental win” said LSU head coach Van Chancellor. “They really pressed us as well as any team we’ve played since I’ve been back in the college game. Taylor Turnbow was unbelievable tonight. Bianca Lutley really gave us a spark in the second half.”

Turnbow was terrific from start to finish, gathering a career-high 13 rebounds to go with her 18 points for her second career double-double. She swatted three shots and finished 7-of-9 from the floor, none bigger than her game-clinching bucket off an assist from LaSondra Barrett in the final seconds.

Latear Eason added 10 points and Bianca Lutley came off the bench in the second half with six points.

LSU held a 53-48 lead with 3:28 to play following a Turnbow layup, but the Bruins rallied to tie the game at 53 apiece when Christina Nzekwe netted her first points of the game on a jumper from the free throw line with 39 seconds to play.

After a timeout, Lutley missed a shot on LSU’s end with 21 seconds to play but Barrett gathered the offensive rebound and found Turnbow, who sank a shot in the paint.

UCLA got three looks in the final six seconds. Rebekah Gardner missed a potential game-tying shot and Nzekwe missed a putback. The Bruins picked up the loose ball and called its final timeout. Dorenna Campbell then misfired with jumper off the back iron as the final horn sounded.

UCLA was out-rebounded for only the second time this season as LSU grabbed 36 boards to the Bruins 27. The Lady Tigers, who committed 21 turnovers, shot 36.2 percent for the game.

LSU opens Southeastern Conference play against sixth-ranked Tennessee at 1 p.m. CT Sunday in the Maravich Center. The SEC opener is the annual “Gold Game” and it will be televised by the SEC Network on Fox Sports Net South.