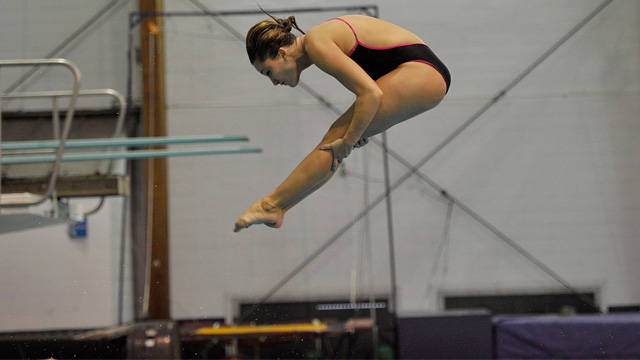 St. Germain followed up her third-place finish and 295.15 score in the prelims with a 308.10 effort in the final, highlighted by a 58.80 mark on her reverse two and one half somersault tuck.

Schmidt enjoyed her best day of the season, posting an NCAA qualifying score of 285.95 in the three-meter final to finish sixth.

Junior Matt Vieke led the men’s contingent, placing sixth in the one-meter with a 287.60 score.

“The women did a really nice job today,” co-head coach Doug Shaffer said. “However, the men’s performance was uncharacteristic. We had some good individual dives, but we definitely did not perform up to our standards today, and we need to step it up.”

Alabama’s Adam Booher captured the men’s one-meter title, finishing less than a point off the pool record with a 396.70 mark. Auburn’s Anna Aguero earned the women’s three-meter crown with a score of 327.90.