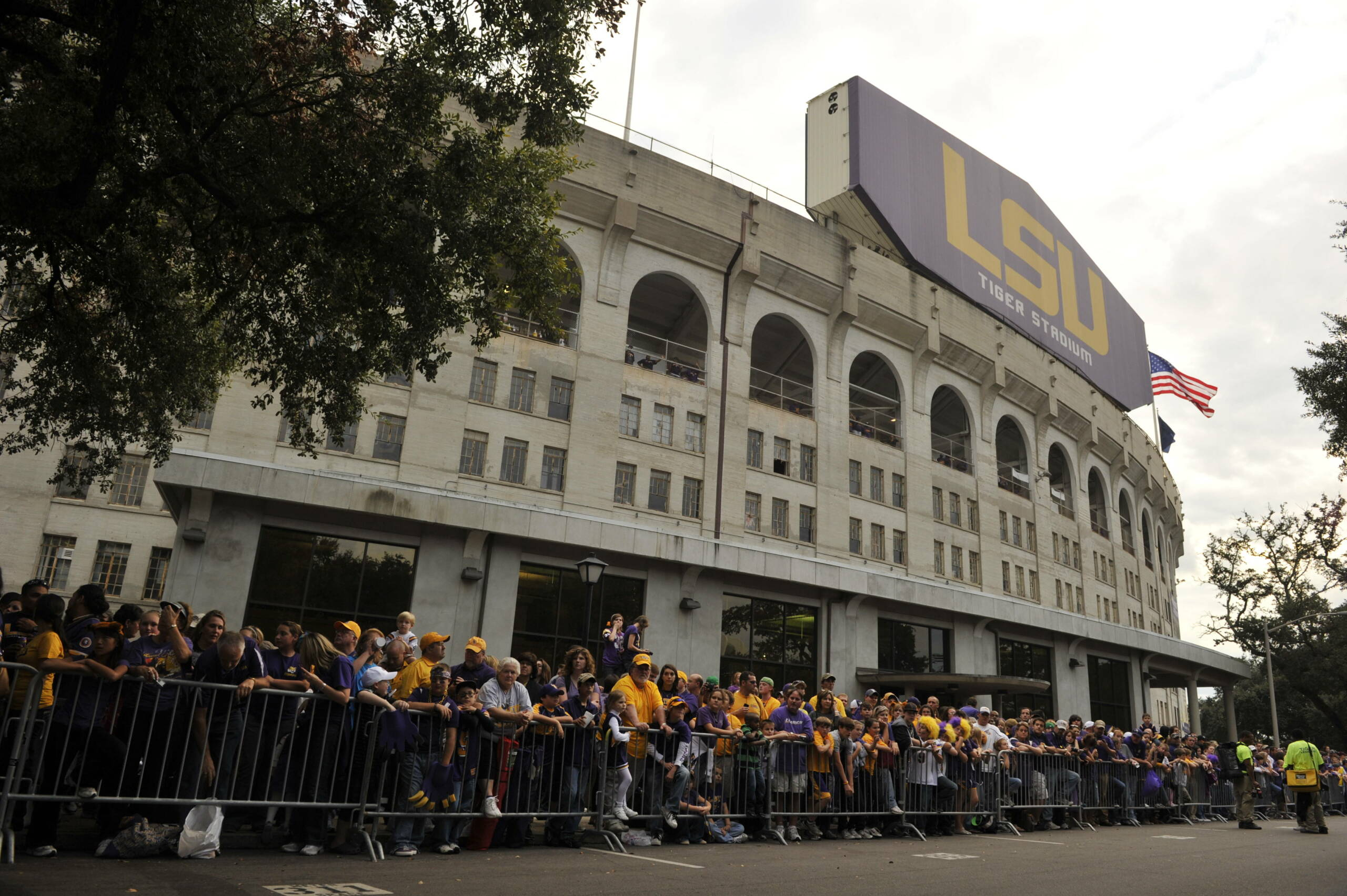 BATON ROUGE – LSU has informed the NCAA and SEC of its decision to self-impose restrictions on its football program, as a result of an internal investigation that revealed violations of NCAA rules as announced earlier this year.

“LSU took quick and thorough action when we discovered these violations and we are hopeful the NCAA will ultimately agree with our assessment of this case,” said LSU Chancellor Michael Martin. “The reports to the NCAA and SEC and our decision to self-impose penalties are the culmination of many months of arduous work by our compliance office and I am confident their thorough examination of this case has produced appropriate sanctions for the football program.”

LSU has reported the violations to the NCAA and SEC in two reports. The first report was delivered to the NCAA and SEC in March 2010, and focused on recruiting activities involving one assistant coach and one student-athlete. Before that report was submitted, the two involved individuals both left the University, and the student-athlete never participated in a game for the Tiger football team.

In addition, during the course of the investigation, LSU discovered other violations pertaining to improper telephone calls between non-coach administrative football staff members at LSU and prospective student-athletes, their parents or their high school coaches. Those violations are detailed in a report submitted to the NCAA and SEC in October 2010.

“Our compliance office discovered additional violations during the course of this investigation and took immediate corrective measures to ensure they would not occur again, which is what a good compliance office is supposed to do,” said Joe Alleva, Vice Chancellor and Director of Athletics. “I am disappointed that these violations took place, but I am proud of the way that LSU reacted to the situation. We now stand ready to assist the NCAA in the completion of this process.”

LSU is awaiting the NCAA enforcement staff’s completion of its review of the reports and anticipates receiving a notice of allegations from the NCAA, outlining the violations the NCAA believes have occurred.

LSU notified the NCAA of the self-imposed sanctions pertaining to the former coach and former student-athlete in September 2010, and then completed the report of the case with the submission of a report on the impermissible phone calls in late October.

Upon the initial discovery of potential rules violations in September 2009, the involved student-athlete was not permitted to participate in varsity athletic contests and the assistant coach was restricted from participating in recruiting activities for LSU. The assistant coach resigned from the university in December 2009 and the student-athlete left the university prior to the 2010 spring semester.

The additional impermissible phone calls were discovered to have been placed by non-coach administrative football staff members at LSU. NCAA rules specify that only coaches may place and receive recruiting calls.

The internal investigation determined that the involved staff members did not realize the calls were considered by NCAA legislation to constitute recruiting coordination functions rather than routine clerical tasks and thus constituted impermissible recruiting telephone calls. The calls were mostly responding to inquiries related to campus visit logistical matters, film receipt, tickets for high school coaches, coaching clinics and other such routine matters. Nonetheless, after consultation with the SEC and NCAA, LSU concluded that the calls were impermissible under NCAA rules.

Corrective measures taken by LSU pertaining to the impermissible phone calls include the development of new job descriptions for non-coaching staff members to reflect adherence to NCAA rules; monthly educational compliance meetings; new procedures for logging and monitoring of telephone calls by all staff members and revised communications to prospective student-athletes to answer questions and direct inquiries to the proper individuals on the LSU staff.

LSU will work with the SEC and NCAA toward a resolution of this matter, and will continue its efforts to monitor and ensure compliance with NCAA and SEC rules and regulations.