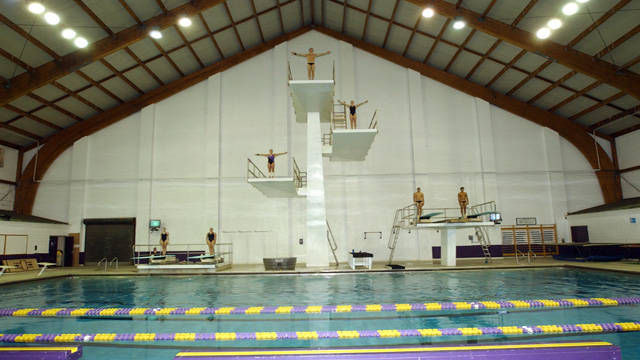 The LSU Natatorium is located at the corner of Nicholson Drive and W. Chimes Street next to the tennis practice courts and Carl Maddox Field House. Admission is free.

Fans can follow the results on www.DiveMeets.com. In addition, updates will be posted on the LSU swimming and diving Twitter page @LSUswimdive and on the programs’ Facebook page (www.Facebook.com/LSUswimdive).

“The LSU Diving Invitational gives us an opportunity to end the calendar year on a competitive note with not only the one-meter and three-meter events but the platform as well,” co-head coach Doug Shaffer said. “Historically, we have one last competition in December before the new year, and this will set us up for the Tennessee Diving Invitational in the beginning of January.

“This invite will puts us right back in the swing of things following finals week, and it’s nice to be able to host this event in our own venue.”

Juniors Brian Gemberling and Matt Vieke and freshmen Daniel Helm and Sean McKinney will represent the men’s diving contingent, while sophomores Rebecca St. Germain and Elle Schmidt will compete on the women’s side.

Helm has spearheaded the men’s efforts through the first three months of the season, leading the team in the three-meter and platform. A two-time SEC Diver of the Week honoree, Helm holds the third-highest platform score in the conference (331.40) and the highest three-meter score among freshmen (369.10).

Gemberling enters the competition with the Tigers’ highest one-meter score for the season (341.48) and is ranked in the conference’s top 15 in all three events, while Vieke’s top scores in the one-meter and platform are currently in the SEC’s top 15.

McKinney is also ranked in the conference’s top 15 in all three events and possesses the second-best one-meter score among freshmen (328.60).