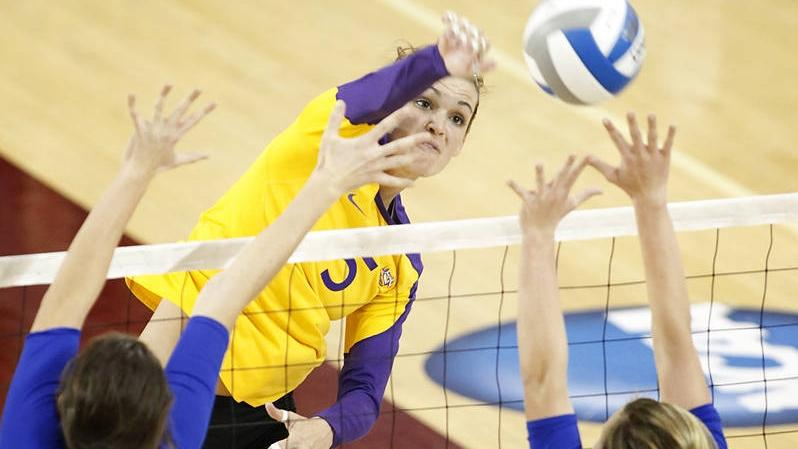 The four players for LSU on the state’s first team are a program record. The Tigers notched a trio of first teamers during the 2005, 2007 and 2009 seasons.

Elliott tacked on LSWA Freshman of the Year to her impressive collection of accolades. The Cypress, Texas, product is the fourth Tiger to earn the nod as the state’s top freshman. Jennifer Hampton (1999), Lauren Leaumont (2003) and Lauren DeGirolamo (2006) are LSU’s previous honorees.

For the second consecutive season, Fran Flory claimed the LSWA Coach of the Year. Flory led LSU to its sixth straight SEC Western Division crown, its sixth consecutive NCAA Tournament appearance and an impressive 25-5 record. The six NCAA showings are a program record, and LSU is one of only 18 programs in the nation to qualify for the last six NCAA’s dating back to 2005.

“It’s a great honor and a wonderful statement for our program to have four players on the All-Louisiana First Team,” head coach Fran Flory said. “All four of these players had outstanding seasons. It’s a testament to their hard work, dedication and commitment to success. We’re extremely happy for Angela and Desiree. They truly carried our team through many portions of the season. We’re especially proud of being recognized for their efforts.”

Bensend, an All-SEC First-Team pick, cranked a team-best 383 kills and her 3.68 per set average ranked third in the SEC. She racked up 10 or more kills 22 times, and tallied nine doubles-doubles on the season. LSU tallied a solid 34-3 clip over Bensend’s career when she reaches double figure kills.

Elliott was the first LSU freshman since Leah Bennent (1981) to notch All-SEC First-Team honors. She reeled off a .300 hitting percentage or better in 20 of 30 matches, including 14 of her 20 SEC appearances. Her .337 hitting ratio is eighth-highest in conference matches, while her team-best 104 blocks at a 1.07 per set average checked in at sixth place during league contests.

Williams also garnered AVCA All-South Region Honorable Mention status and ripped 334 kills to rank second on the team behind Bensend. Her 3.12 kills per set are eighth in the SEC as the Magnolia, Texas, native slapped 13 of her 18 double figure kill performances during SEC action. She registered a .303 hitting percentage to rank just outside the SEC’s Top 10.

Below are the complete LSWA postseason award winners as voted upon by the state’s sports information directors.