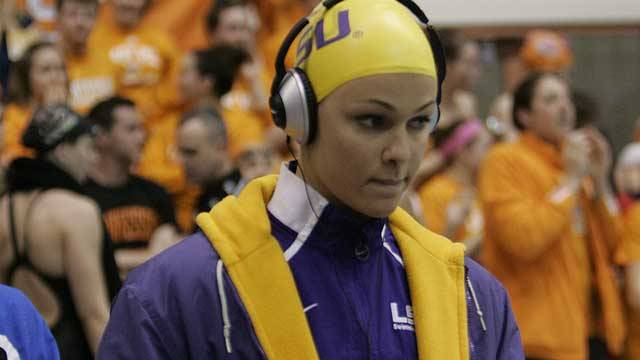 The 10th annual competition, which will feature the short-course meters format (25-meter pool), will run through Sunday in the Hamdan bin Mohammed bin Rashid Sports Complex. Live results can be accessed at www.omegatiming.com.

Trepp, a native of Tallinn, Estonia, has emerged as a world-class swimmer in the short-course meters format over the past calendar year and will enter the competition seeded in the top five of two scheduled events. The five-time NCAA All-American is seeded fourth out of 63 swimmers in the 50-meter breaststroke and fourth out of 70 competitors in the 100m individual medley.

Trepp’s seeded time of 29.82 seconds in the 50m breast earned her a silver medal at the 2009 European Short-Course Championships and was the sixth-fastest time in the world for the 2009-10 calendar season. Her lifetime best and seeded time of 59.33 in the 100m IM also ranked in the top 15 in the world.

“As a program we are thrilled to have Jane in Dubai for the World Championships where she will not only represent her country but LSU as well,” LSU co-head coach David Geyer said. “There are numerous Olympic medalists and qualifiers at this meet, and Jane really has the opportunity to swim well and put LSU and Estonia on the map at this elite competition.”

At the NCAA level, Trepp has proven to be one of the top swimmers in the country during the first half of the collegiate season.

The Lady Tigers’ senior is currently ranked second nationally in both the 50 free and 100 butterfly and was named Counsilman-Hunsaker National Swimmer of the Week following her phenomenal effort at the Cougar Classic Invitational in November.