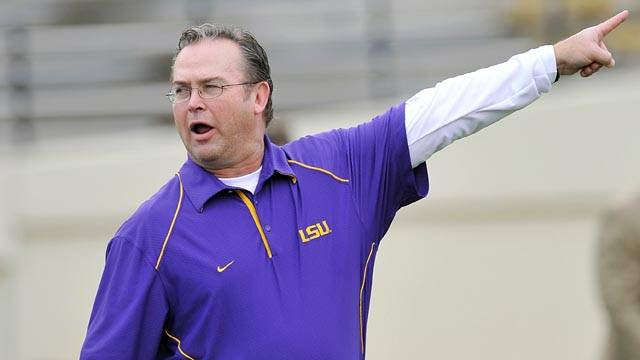 BATON ROUGE – LSU’s Joe Robinson has been named the National Special Teams Coach of the Year by Footballscoop.com, the website announced on Tuesday.

Robinson is in his third season with the Tigers during which time he’s developed the LSU special teams into one of the best all-around units in college football.

“This is a tremendous honor for Joe Rob,” LSU coach Les Miles said. “The production that we got out of special teams this year was outstanding. Our kickers did a great job each week and our return game and coverage units seemed to be an advantage for us every time they took the field. It’s great to see Coach Robinson rewarded for all of his hard work and the great job that he has done. He’s certainly deserving of this award.”

LSU has scored two touchdowns on punt returns this year and the Tigers have added one blocked field goal. The Tigers have also successfully executed three fakes – one field goal and two punts. The fake field goal against Florida helped setup LSU’s game-winning touchdown with six seconds left in the contest.

Individually, LSU kicker Josh Jasper earned first-team All-America honors after leading the nation with 26 field goals. Jasper’s 26 field goal ties the school-record with nine of his field goals coming from 40-yards or better. Jasper also leads the SEC in percentage of punts downed inside the 20-yard line at 66.7 percent (14-of-21).

Peterson ranks fourth in the nation in combined kickoff and punt return yards with 1,269 to his credit this year.  Peterson was named the SEC’s Special Teams Player of the Year.