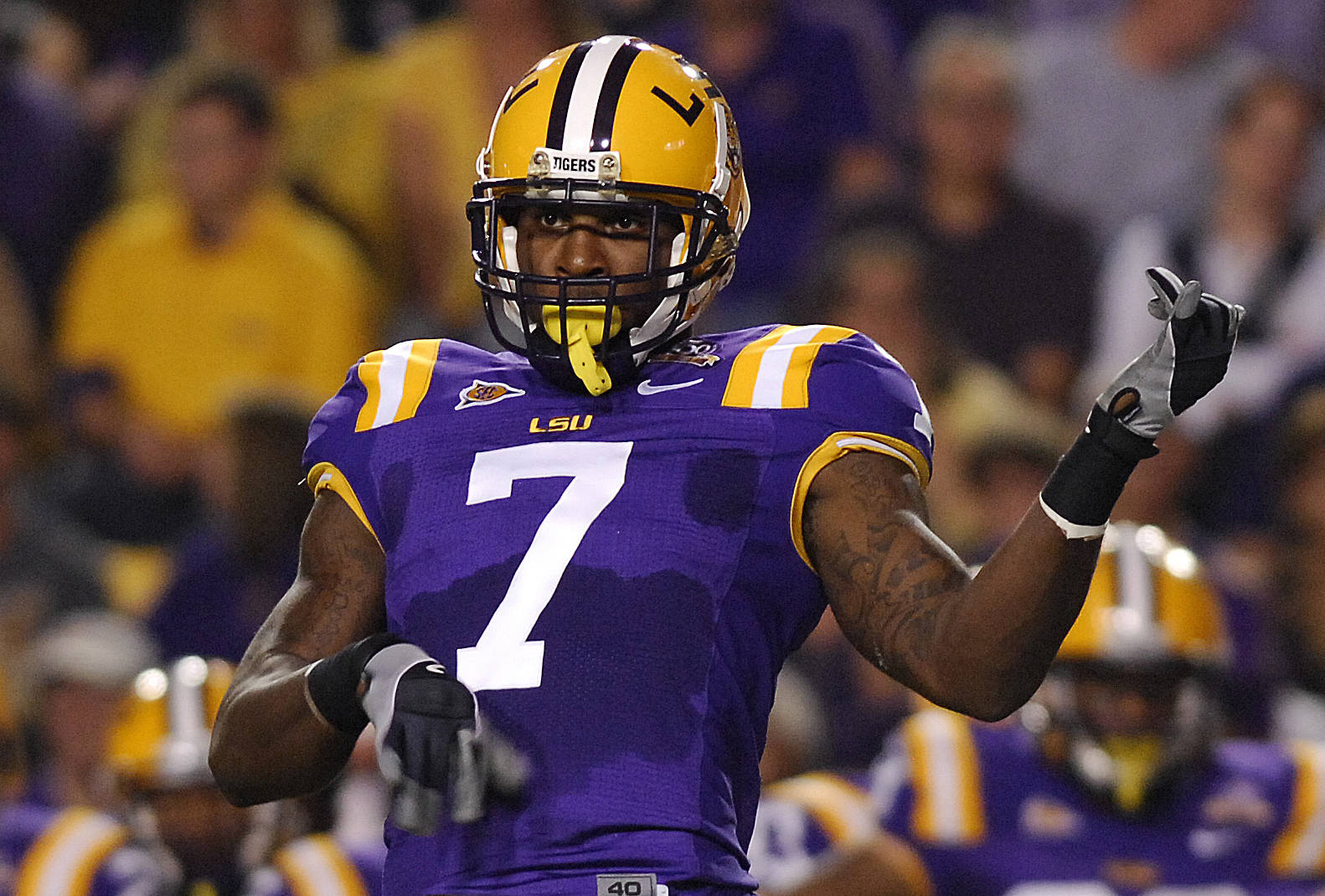 BATON ROUGE – Cornerback Patrick Peterson was named the recipient of the Charles McClendon Award as the most outstanding player on the LSU football team on Sunday as the Tigers held their annual awards banquet.

Peterson, a consensus All-America, has claimed the Thorpe Award as the nation’s top defensive back and the Bednarik Award as the top defender in college football this year. Peterson helped lead an LSU defense that ranked in the top 10 in the nation in three categories with 36 tackles, four interceptions, and six pass breakups.

The Percy E. Roberts Award for offense was given to running back Stevan Ridley, who led the Tigers and ranked third in the SEC with 1,042 yards and 14 touchdowns. Ridley, a first-team All-SEC pick, was also named as one of four permanent team captains for the Tigers.

The Percy E. Roberts Award for defense was shared by defensive tackle Drake Nevis and safety Brandon Taylor. Nevis, a first-team All-SEC pick, led the Tigers with 13.5 tackles for loss and six sacks. Taylor recorded 44 tackles and 4.0 tackles for loss before suffering a season-ending injury against Alabama in early November.

Joining Ridley as the National L-Club permanent team captains as voted on by members of the squad were Nevis and Kelvin Sheppard on defense and Josh Jasper on special teams.

Sheppard was also presented with the George M. Wallace Memorial Award, which goes to the defensive player who distinguished himself by performance, leadership and commitment to the team. Sheppard led the Tigers and ranked third in the league with 108 tackles. A first-team All-SEC selection, Sheppard was named the SEC Defensive Player of the Week following LSU’s win over Alabama.

The Butch Duhe Award, which is given annually to the players who most personify unselfishness, dependability, and commitment to the team, was awarded to Terrence Toliver, Joseph Barksdale, and Lazarius Levingston.

Nevis, Peterson and Richard Murphy were each given the Alvin Roy Award for their year-round dedication to strength and conditioning, while Richard Dugas was presented with the Dr. Charles Coates Award as the top student-athlete on the football team. Dugas graduates this week with a 3.2 grade point average in business.

The Jeff Boss Unsung Hero Award was given to Murphy, T.C. McCartney, Jai Eugene and T-Bob Hebert as a result of their contributions to the team without receiving a great deal of recognition.