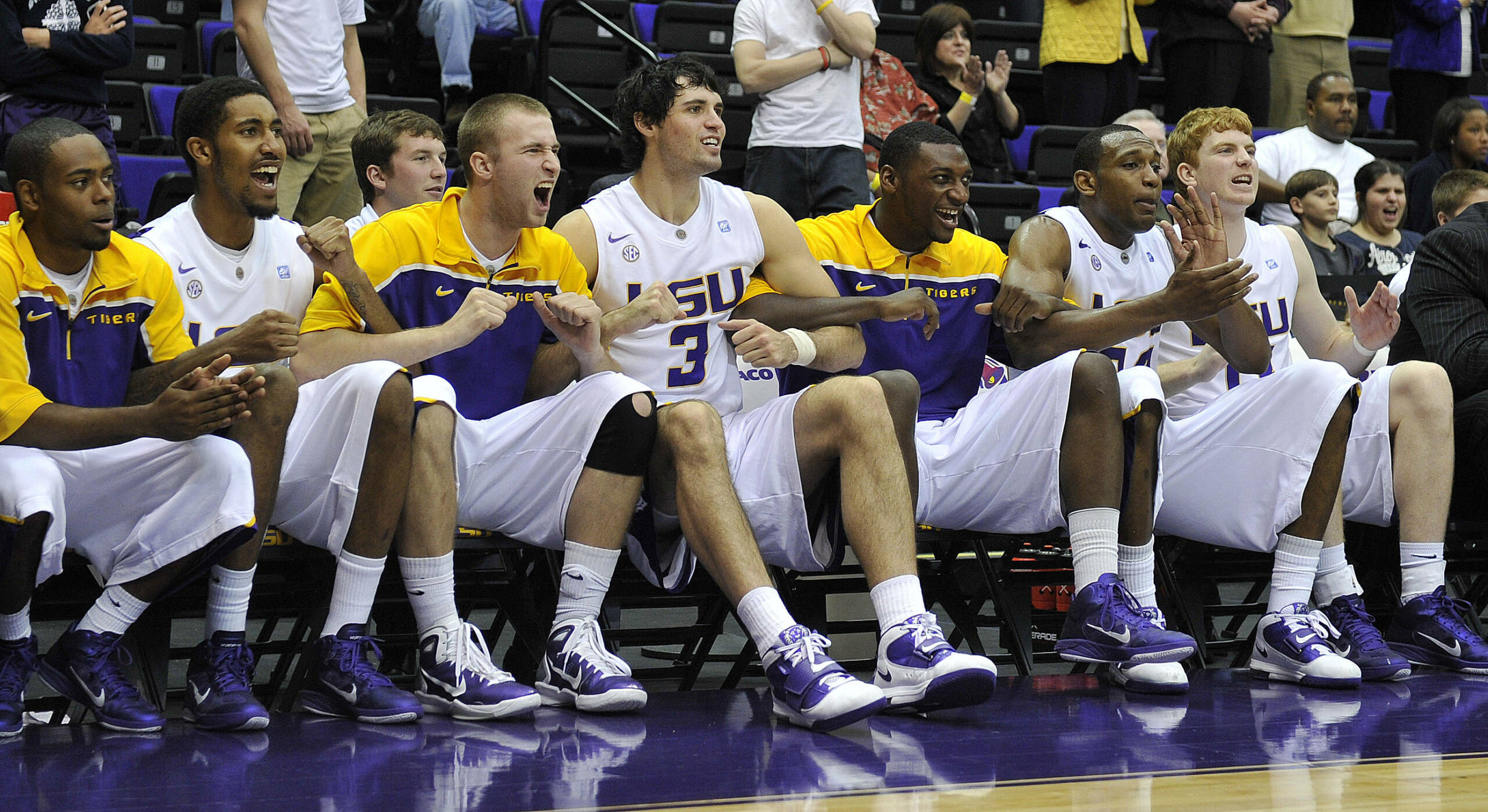 BATON ROUGE – Saturday night against Central Michigan, the LSU men’s basketball team found itself in a hole, but the Tigers kept looking for a way to win and in the end they came away with a 59-55 victory, giving LSU their fourth consecutive win.

Now the Tigers quickly get back on the floor, playing Coastal Carolina and former Auburn coach Cliff Ellis Monday at 7 p.m. in the Pete Maravich Assembly Center.

There is no television for the contest and the radio broadcast will be available on the LSU Sports Radio Network (WTGE New Country 100.7 FM The Tiger in Baton Rouge) and at LSUsports.net/live. Tickets are available on line at LSUtix.net and beginning at 5:30 p.m. at the upper concourse ticket windows of the PMAC.

LSU’s fourth straight win upped LSU’s record to 6-2, while Coastal Carolina, winners of 28 games and an NIT participant a year ago, stands at 7-2. The Chanticleers had their toughest win in their last outing on Dec. 4, winning their Big South Conference opener by just two points, 73-71, over Charleston Southern. Coastal got a bucket with one second to win the game.

Desmond Holloway leads Coastal Carolina with an 18.4 points per game average and the 6-3 junior guard also averages 7.2 rebounds. Chad Gray scores at an 11.9 clip and Kierre Greenwood averaged 10.4. Gray is averaging 22.5 points over the last two games, while shooting 80 percent from the field in that span.

Also adding to the game situation is that Mike Holmes is expected to make his Coastal Carolina debut after sitting out the first nine games due to NCAA transfer rules. Holmes played his first three seasons at South Carolina and averaged 8.0 points and 4.7 rebounds against LSU.

LSU trailed by 11 points with 14 minutes to play but the Tigers rallied to tie the game for the first of two times in the final two minutes. The game was won thanks to two turnovers by Central Michigan and LSU making 12-of-12 free throws after starting the game 4-of-10.

“The good thing is we found a way to win the game,” said LSU Coach Trent Johnson. “Obviously down the stretch, we weren’t shooting the ball well from the perimeter, and there was a period there where they didn’t fell real confident. I didn’t like the look in their eyes. I thought we were playing tentative and playing afraid. I thought the best thing we could do is put the ball on the floor and try to get to the rim and take advantage of free throw opportunities. There was a period there where, like I said, I didn’t like the look in their eyes. They were real tentative. I was wondering if we were going to be able to get this done so to speak.”

In getting it done, Malcolm White led LSU with 12 points, the only player in double figures but LSU had contributions from Ralston Turner (3 treys) and Aaron Dotson (nine each) and Storm Warren and Andre Stringer (eight each).

The Coastal Carolina game is the second in a five-game in 12-day stretch that started this past Saturday. LSU hosts McNeese State on Thursday night before going to Bossier City for a “neutral site” home game against Wichita State.