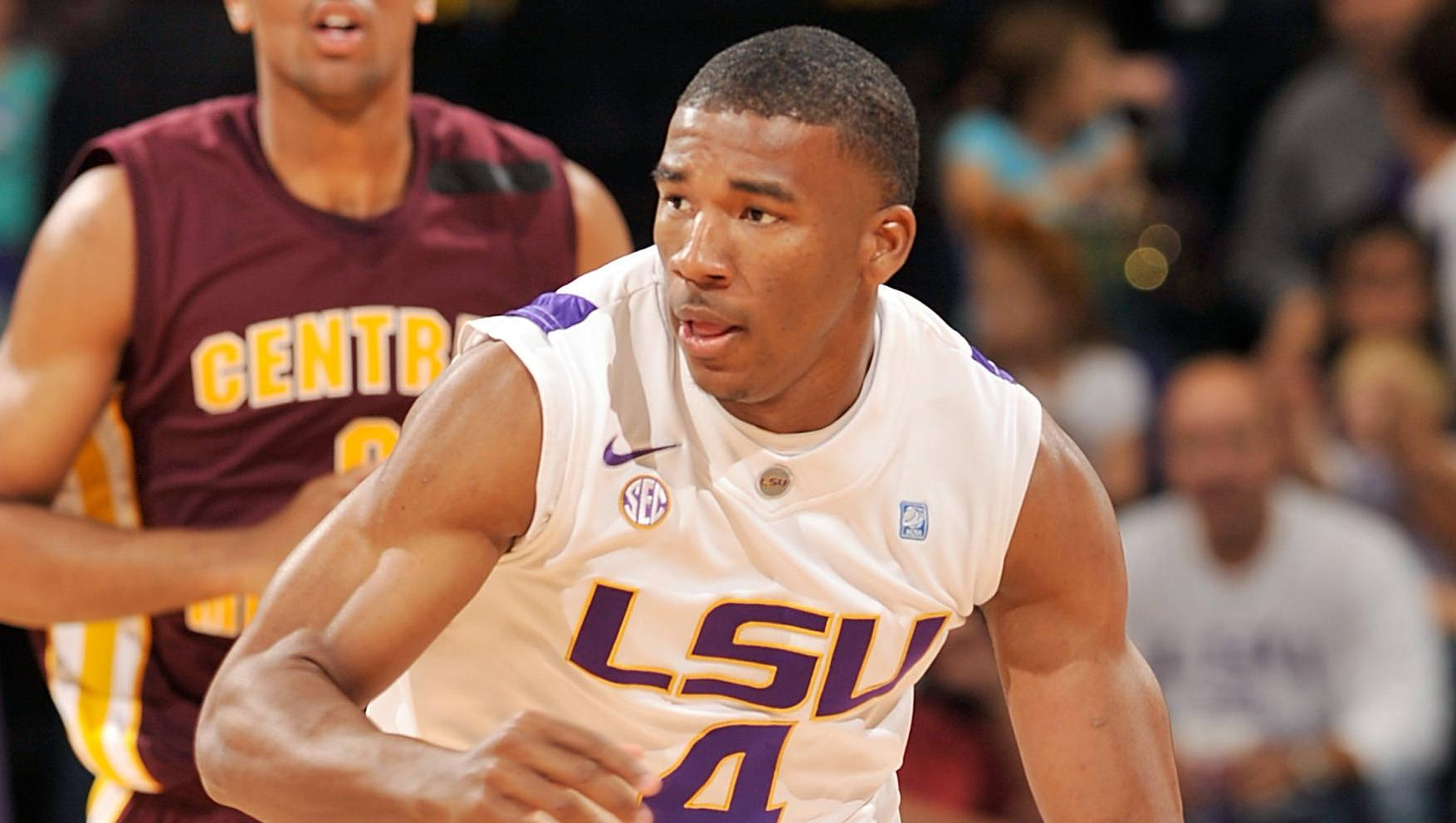 BATON ROUGE – The LSU Tigers rallied from 11 points down with 14 minutes to play to score a 59-55 win over Central Michigan Saturday night at the Pete Maravich Assembly Center.

The win was LSU’s fourth straight and puts LSU at 6-2 going into a Monday night 7 p.m. game at the PMAC against 7-2 Coastal Carolina. Coastal won 28 games a year ago and went to the NIT under former Auburn head coach Cliff Ellis.

By the 10:19 mark, LSU had cut the lead to five, 39-34, but Central Michigan (2-6) kept finding the answer and pushing the lead back to six or seven over the next several minutes.

On the ensuing CMU possession Amir Rashid turned the ball over and LSU called time out with 46 seconds to play. Stringer was fouled and made two free throws to put LSU up for the first time since halftime, 55-53. LSU then forced a CMU turnover by Thomas and Stringer made two more free throws with 11 seconds left to make it 57-53.

Derek Jackson made a jumper with four seconds to play to cut the LSU lead to 57-55, but after Chris Bass was fouled on the inbounds he made two free throws to give LSU the final margin.

White was LSU’s only double figure scorer with 12 points while Ralston Turner and Aaron Dotson scoring nine each. Warren and Stringer had eight each. Thomas had 21 points to lead the Chippewas while Trey Zeigler, the freshman son of CMU Coach Ernie Zeigler, had 18.

“I made a comment earlier in the week, two or three days ago, that practice during finals was like watching paint dry. I was right because this game was like watching paint dry. I thought Central Michigan did a very, very good job defensively keeping us out of rhythm offensively. I want to take responsibility for that because I think there were some things that during the course of the game, I thought we could have run some things a little different to help the guys out a little bit. We had five turnovers out of our first eight possessions, and they were unforced, so we’re messing around with fool’s gold. We have to do a better job of taking care of the ball. Then, when we got stops and had opportunities to run, some of the decisions we made were just mind-boggling. The good thing is we found a way to win the game. Obviously down the stretch, we weren’t shooting the ball well from the perimeter, and there was a period there where they didn’t fell real confident. I didn’t like the look in their eyes. I thought we were playing tentative and playing afraid. I thought the best thing we could do is put the ball on the floor and try to get to the rim and take advantage of free throw opportunities. There was a period there where, like I said, I didn’t like the look in their eyes. They were real tentative. I was wondering if we were going to be able to get this done so to speak.”

“Andre, Ralston and Aaron, too, for that matter, those guys have been playing well, so I have to believe, especially starting with Andre, he’s going to be the focal point of a lot of team’s defensive preparation. Things we work on like getting into the seam, creating space, making good entry passes and coming back to the ball, these are things that are starting to show up now versus good teams and good players when they start getting after it. He had a senior guarding him, an experienced guy that has been around a little bit. He’ll make the necessary adjustments, but the bigger thing I did like is that at no point during the game did he feel tentative or he couldn’t try to make a play. He remained aggressive regardless of what was going on out there, so that was a good sign. I thought Ralston made a couple of huge plays. He hit a big three. Then, he had a nice assist to Garrett and one to Malcolm off a stagger play  …  and he comes off of it, and usually he’s been shooting it, but he put the ball on the floor and made two nice passes at crucial times. We have to continue to do those kinds of things.”

On what he learned about the team…
“Throughout the year from when the season started, Coach Johnson told us that when adversity starts, we just have to keep playing and play through stuff. We just kept fighting and kept fighting. It started on the defensive side of the ball. We got some key stops and that led to us going down and scoring on the other end.”

On a high amount of turnovers in the first half…
“This is an area that we need to clean up in practice. We still have a lot of room for improvement. About us turning the ball over, we’re just going to keep working on it, and sooner or later we will get better at taking care of the ball.”

On battling through the game…
“I definitely struggled tonight. Tonight was not my best night, but Coach Johnson told me to lock in. I knew early on in the summer that there would be nights like this. No excuses at all. A couple of things didn’t go my way, but at the end I locked into my free throws and they went in for me.”

On the 11 day layoff…
“We don’t have excuses. Yes we had 11 days off, but at the same time we were the ones that came out slow. We had 10 turnovers at half time. That is all our fault and it has nothing to do with the time off.”

On the comeback…
“We never dropped our heads. When we were down by 11 points we asked ourselves, ‘are we going to quit or are we going to fight and come back?’ It started on the defensive end. We got stops, started moving and got rebounds, and eventually we kept cutting into the lead. Pretty soon it was tied up and we still had confidence that we can win the game. Andre (Stringer) got the ball, got to the foul line and iced it for us at the end of the game.”

On his team’s lack of execution at the end of the game …
“It is really getting old. Our guys are battling and trying to do what we are asking them to do, but there comes a time where you have to have better poise down the stretch. You just have to have better poise. For the second straight game, we had our opponent on the ropes – a Big East opponent in our last game and an SEC opponent tonight – and we were just unable to play with the type of poise that you have to play with to get shot attempts in the half-court offense. We are going to keep working on it, and we are getting closer and closer. We are playing a game of horse shoes, unfortunately, and the game that we are playing is all about wins and losses. We are getting closer, but as we all know, close is not good enough.”

On his team’s defensive effort in the first half …
“We executed well. We knew that Andre Stringer, Ralston Turner and Aaron Dotson were their leading guys, and we made the offense go to other places. We forced Stringer into six turnovers at the point, and we had good pressure and did a lot of the things that we wanted to do defensively. However, it is close but no cigar. I am just trying to think of different things to say.”

On the performance of Trey Zeigler …
“He really stepped up and gave us some offense to put us in position to have a chance to close out the game. He did some really good things. Hopefully we can build on that and have some level of consistency as we come home and see if we can get our first home win in McGuirk Arena.”