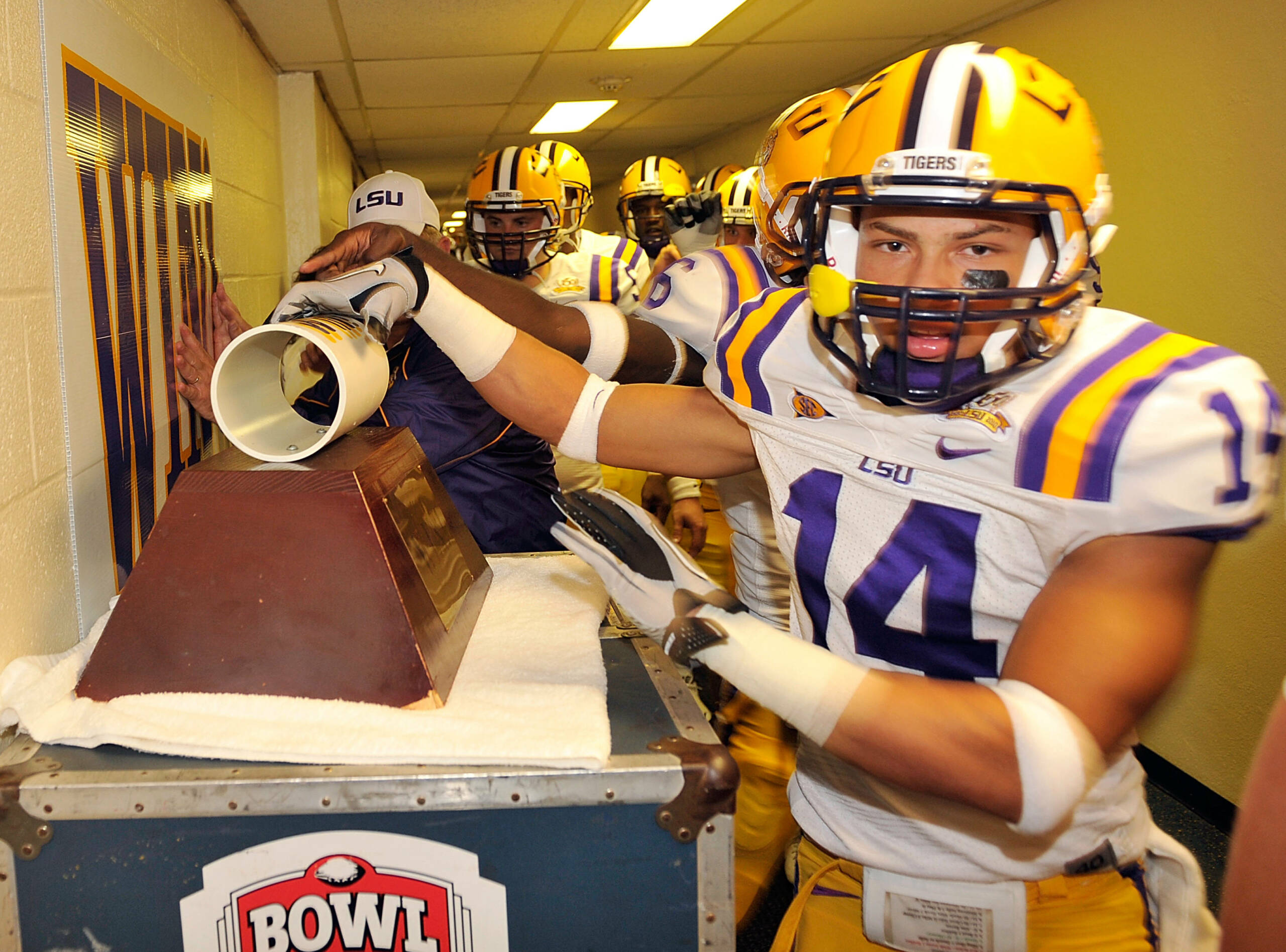 The trio became the first LSU players to earn All-SEC Freshman honors since Terrence Toliver and Chad Jones were recognized in 2007.

A native of New Orleans, La., Mathieu made a name for himself quickly as he racked up a season-high nine tackles, one and a half tackles for a loss, one sack and one forced fumble in the season opener against North Carolina. Mathieu played in all 12 games, made one start and finished the season with 50 total tackles, fifth-most on the team.

Mathieu ranks third in the SEC with three forced fumbles, sixth with two fumble recoveries and he is tied for the team lead with six pass breakups. He also finished the regular season with 7.5 tackles for a loss, 3.5 sacks, one interception and one quarterback hurry.

Mingo, a native of West Monroe, La., saw snaps in all 12 games and made one start at defensive end. Mingo recorded two and a half sacks, 5.5 tackles for a loss and 33 total tackles. He also broke up five passes, tallied four QB hurries, forced two fumbles and recovered one fumble for the Tigers.

Despite missing the final seven games of the season, Montgomery earned Freshman All-SEC recognition as the Greenwood, S.C., native produced six tackles for losses in only five games, two sacks and 18 total tackles.