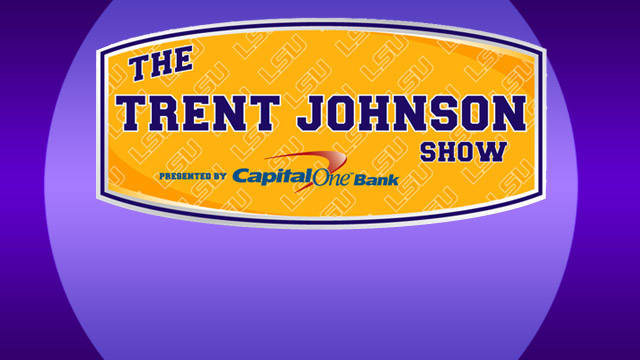 BATON ROUGE – “The Trent Johnson Show presented by Capital One Bank” debuts Monday at 7 p.m. on the LSU Sports Radio Network with a special all-sports edition.

The show is broadcast from TJ Ribs on Acadian Thruway. The broadcast is available in Baton Rouge on WTGE New Country 100.7 FM The Tiger).

The voice of the Tigers, Jim Hawthorne, and LSU Sports Network basketball analyst Ricky Blanton will be on hand to discuss the current basketball season to date and look ahead to a busy December and they will be joined on the show by sophomore guard Aaron Dotson.

Also, volleyball Coach Fran Flory will be on set to discuss her team’s recently concluded season in which the Tigers again won the SEC Western Division title and a spot in the NCAA Tournament.

This will be the first of two All-Sports editions of the Trent Johnson show with the other on March 7. Coach Johnson will make his debut on the next show scheduled for Tuesday, May 14, at 7 p.m. The complete lineup of Trent Johnson shows for 2010-11: