No. 13 Volleyball Faces No. 22 Tulsa in NCAA Opener 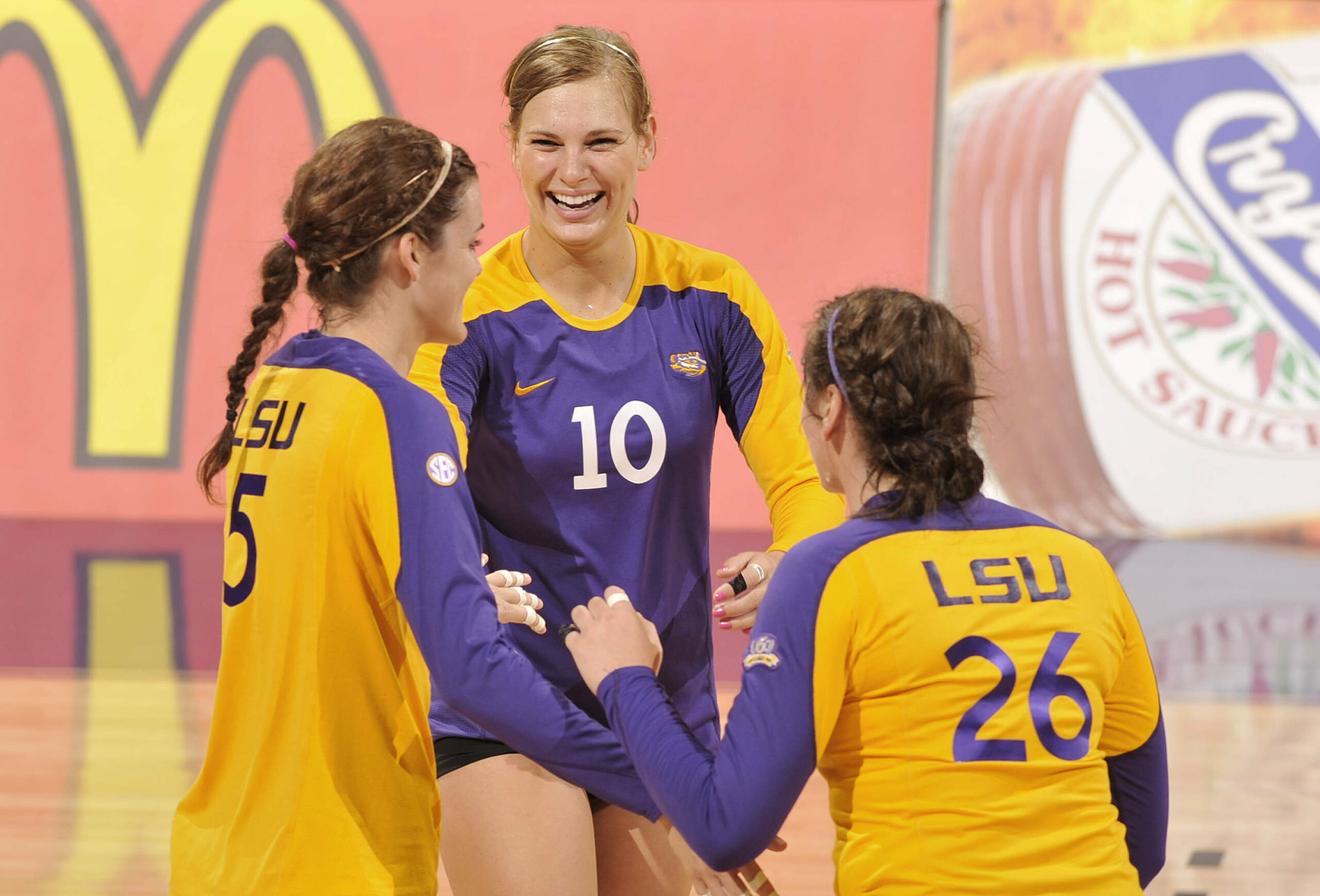 NORMAN, Okla. – The No. 13 LSU volleyball team returns to the NCAA Tournament for the sixth consecutive season as the Tigers square off with No. 22 Tulsa Friday at 5 p.m. inside Oklahoma’s McCasland FieldHouse to open the NCAA Norman Regional.

The Tigers (25-4, 16-4 SEC) earned a national seed for the second straight season, while the Golden Hurricane (30-2, 20-0 C-USA) are making their second overall NCAA Tournament appearance.

The match is one of three NCAA First Round tilts to feature two ranked teams. No. 17 Colorado State vs. No. 24 Cal State Fullerton and No. 11 Washington vs. No. 23 Michigan are the others.

“I think the players have worked really, really hard, and we’ve practiced being in NCAA matches to prepare for the NCAA Tournament,” head coach Fran Flory said. “We have to understand that we’re a pretty good team. If we go and play, we’re going to be a difficult team to defend. The key is whether we can defend the team on the other side of the net. We’ve worked a lot of defense. We’ve worked a lot on being balanced, playing fast and aggressively offensively.”

LSU is one of only 18 programs to possess a current streak of six straight NCAA berths.  The Tigers are led by Angela Bensend and Desiree Elliott, a pair of All-SEC First-Team selections along with Michele Williams, who garnered All-SEC Second-Team status.

Bensend has racked up a team-high 378 kills and her 3.74 spikes per frame are second in the SEC. She has recorded 10 or more kills on 22 occasions this season, and LSU has emerged with a 34-3 record over her career when the Plano, Texas, product reaches that feat.

Elliott, LSU’s fifth SEC Freshman of the Year in program history, has connected for over a .300 hitting percentage 19 times highlighted by 14 efforts during SEC play. She has powered home double figure kills in nine of her last 13 outings. Her .337 hitting ratio is seventh, while her 1.06 blocks per set are sixth during SEC action.

Williams has cranked 326 kills to rank second on the team and has averaged 3.13 spikes per set to check in at the eighth spot in the SEC rankings. Her .309 hitting percentage is just outside the SEC’s Top 10. The Magnolia, Texas, native also is second on the squad with 89 blocks.

Brittney Johnson has conducted the LSU offense to over a .300 team percentage in 11 matches sparked by six efforts in league play. The SEC’s leader in assist per set has eclipsed the 40-helper plateau in five of her last six outings and compiled a team-best 10-double doubles on the season.

Madie Jones has tallied 10 of her 13 double digit kill performances in SEC matches. Her .312 hitting mark during conference play is slightly outside the SEC’s Top 10

Tania Schatow has come on strong and chipped in 56 of her 103 kills over her last 10 outings. She belted a season-high 11 kills at Arkansas, her first double figure spike performance since October 2008.

Defensively, LSU’s back row has compiled an efficient 65 percent sideout clip over its 20 SEC matches. For the season, the Tigers have won 35 of 36 sets when reaching the 70 percent watermark.

Lauren Waclawczyk has scooped up 4.05 digs per set to headline the back row and rank sixth in the SEC. She has strung together 16 consecutive matches with 10 or more digs, while her 0.27 aces per set are eighth-best in the SEC rankings.

Sam Delahoussaye and Meghan Mannari have combined for 26 double figure dig performances as the duo has garnered over 2.45 scoops per set. Mannari also has notched 135 straight attempts en route to 11 consecutive perfect passer ratings dating back to Oct. 15.

Tulsa boasts the nation’s longest winning streak at 29 consecutive matches dating back to a 3-0 setback against Saint Louis during the opening weekend of the season. Tyler Henderson headlines Conference USA and the nation with an astounding 6.23 kills per set on a .349 hitting percentage.

Kelsey Hancock, Diana Silva and Hannah Stout also have been a big part of the Golden Hurricane success as each member of the trio has accounted for over two kills per frame. On the back row, Jessica Adams has reeled in 4.68 digs per set.

“Tulsa is a great team, and they’re certainly going to be a big challenge for us,” Flory said. “Everybody looks at Tyler Henderson, but the rest of their team is very balanced. They have a bunch of people that play really hard and attack very aggressively. Our defensive side of the ball is going to have to be very, very good.”

Live video, a live audio webcast and live stats for Friday’s match will be available free of charge on LSUsports.com in the Geaux Zone. Fans also can follow in-match updates on the team’s official blog at http://lsuvolleyball.posterous.com.